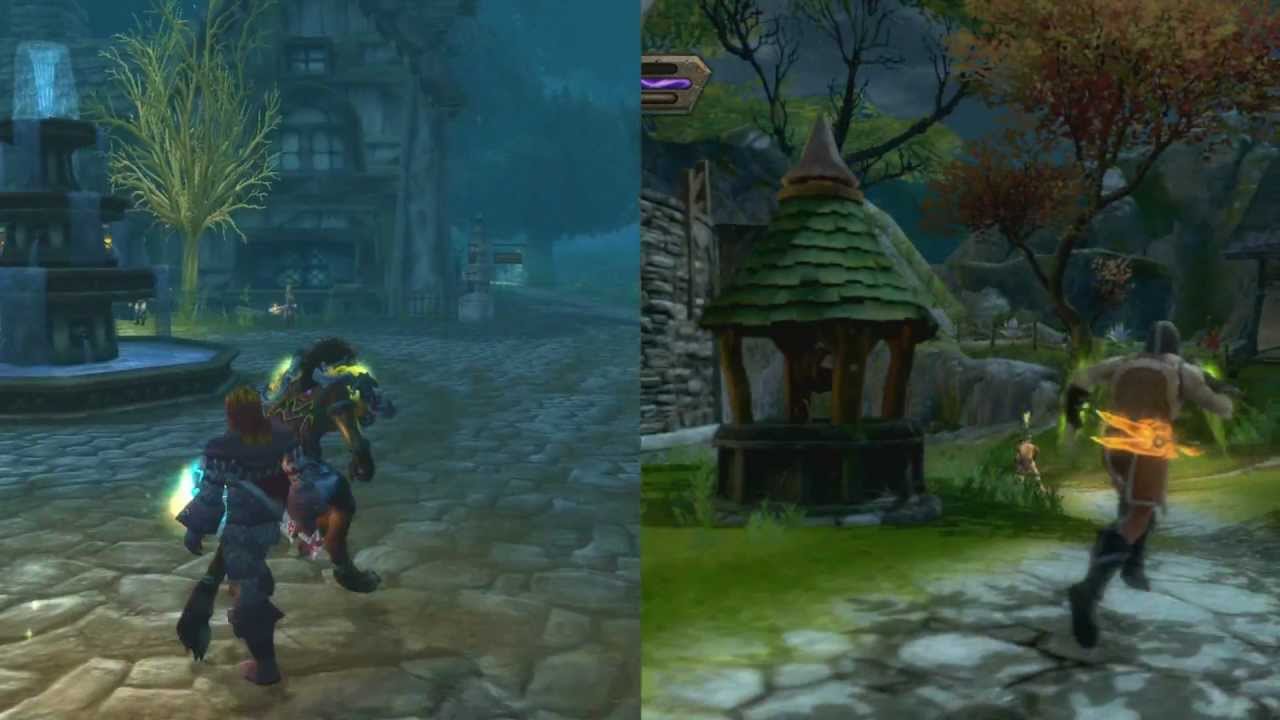 This video, released today by British site Zoomin.TV, shows us a side-by-side look at the world of recently released Kingdoms of Amalur: Reckoning and popular online game World of Warcraft. The two of them do seem to share some similarities when stacked up like this — some of the forests, deserts, and giant tree ramps (!) have a lot in common.

So did Amalur borrow a few ideas from the massively multiplayer online game? On one hand, it probably isn’t too hard to take two video captures of fantasy worlds and find a whole bunch of similarities.

On the other hand, I’ve never seen Kingdoms of Amalur: Reckoning and World of Warcraft in the same room at the same time. Just saying.