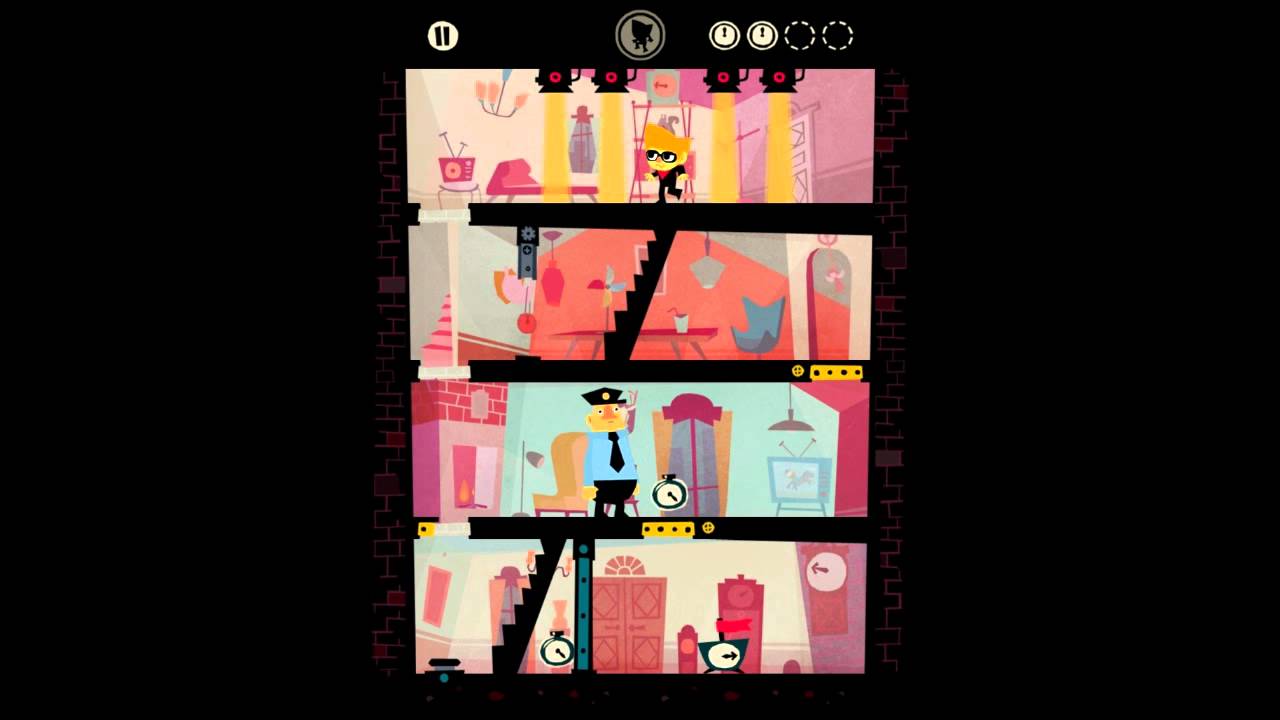 Video games should use jazz more. Not just for soundtracks, though that would be nice too. Jazz encompasses much more than sound. It’s a flavour. It’s also a ruleset. Or a philosophy.

The genius of one of the best things to come from America — yeah, really — is that the musical artform embodies a flexible set of colours, gestures and attitudes that you can apply to damn near anything in life. Poetry, literature, painting, movies… all of these disciplines absorbed and re-configured themselves around the jazz idiom, embracing the ethos of improvisation.

Too few video games follow that example — L.A. Noire does, but more in terms of mood than mechanics — but Beat Sneak Bandit shows the way.

Beat Sneak Agent has rules. Really rigid ones. Don’t move off the beat. Do this to nab all the clocks. Stuff like that. But within those strictures, you can improvise and cut back and forth and express your style. Are you a player who ambles as quickly as possible? Or do you wait for a certain cue — bass, snare, horns — for your every step? Either way, you start to think musically and I love that about Simogo’s newest game.

You feel cooler playing Beat Sneak Bandit. I mean, you’re a thief — presumably a Robin Hood-style one — with a lair. And a frog sidekick! And nailing the game’s singular movement style works its way through your whole body. Your head bobs, your shoulders bounce and you’ll probably start humming. Hell, fingers may even get to snapping. I know that I’ve drawn stares for how I look while playing this game on a crowded subway. The goofy smile I get when playing BSB most likely plays a huge part in that, too.

And when I have to close out of the game, the world around me seems all the more mundane. Lacking in groove, even. As much as I love jazz and other kinds of music, it’s been all too rare for a video game to make me feel like I’m living inside a universe made up of rhythm. So, thank you, jazzbos and funkmeisters behind Beat Sneak Agent. Your game opens the door to a dimension of cool and that just helps everyone.