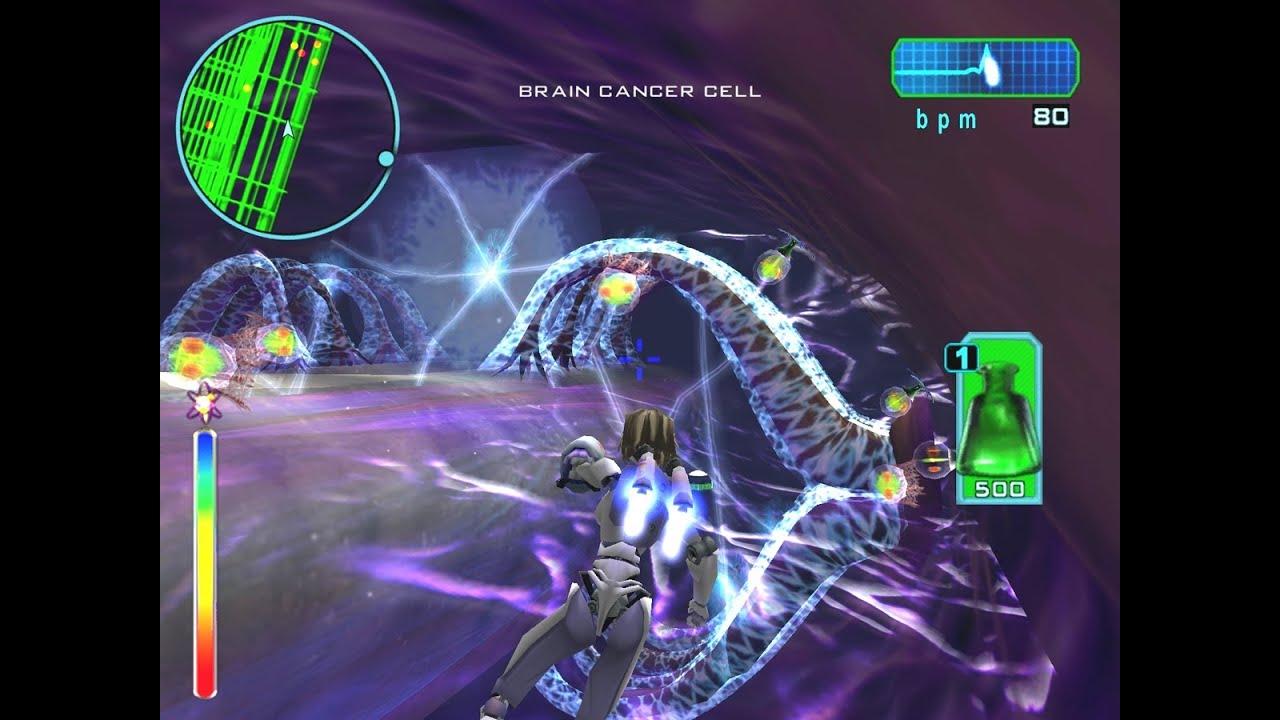 Researchers have looked at mainstream video games for years, trying to determine the effects games have on players’ brains. Maybe they make us faster decision-makers, better thinkers or more aggressive. Studies come out nearly weekly and often seem to contradict each other’s findings.

But one specially designed game has been having a beneficial effect since 2006, and recent research examining why could have many implications for the future. Re-Mission, developed by non-profit HopeLab, is a serious game aimed at children, adolescents and young adults who have cancer.

The game has players take a microscopic robot through the body of a patient with cancer, battling not only the disease but also the side effects of treatment. The levels are designed to inform and educate the player about cellular interactions. A 2008 study confirmed that patients who played the game were more likely to comply with treatment directives and were quicker to gain and understand knowledge about cancer.

Recently, however, another study has been released that looks into why and how Re-Mission is so effective. What the new study has found is that the act of playing works with areas of the brain responsible for motivation in a way that viewing or reading does not, a finding with implications for serious and entertaining game design in the future, as well as for health care and education. According to a press release about the researchers’ findings:

“Active involvement in video game play sparks positive motivation in a way that watching and hearing information does not,” said Steve Cole, PhD, Vice President of Research and Development at HopeLab, professor of medicine at the University of California, Los Angeles, and co-author of the article. “All participants in the study received the same information. It was the active participation in gameplay that made the big difference in motivation. This study helps refine our ‘recipe for success’ in harnessing the power of play in the service of health.”

The study compared brain scans in 57 people who were randomly assigned to actively play Re-Mission or to passively watch the same recorded game play (similar to watching a movie, with the exact same information, but no direct participation in the gameplay events). Results of functional magnetic resonance imaging (FMRI) showed that neural circuits implicated in reward … activated strongly while players were actively playing Re-Mission, but not when they were resting, or when other players passively observed the same gameplay events.

It may seem obvious to most players that your brain works very differently while actively playing a game than while watching a recording of a game, and it’s become conventional wisdom that some games (many of them found on Facebook) rely on the psychology of reward — which ties into both gambling and addiction — to keep players engaged. But understanding how games can also tie positively into motivation and have effects outside of the play world can help designers make big differences with their games.