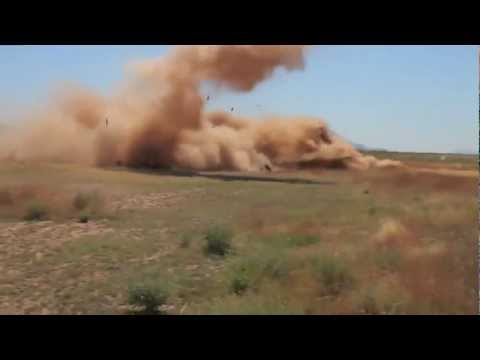 You might have seen your share of AH-1 Cobra helicopters crash in Battlefield 3. In the above video, watch as pilots lost control of a Cobra, crashing it into an Arizona desert.

The Cobra was being used during a Korean Top Gear shoot, filming a Corvette from the air.

As tragic as this crash could’ve been, both pilots were treated at the scene and thankfully walked away from the wreckage unharmed.