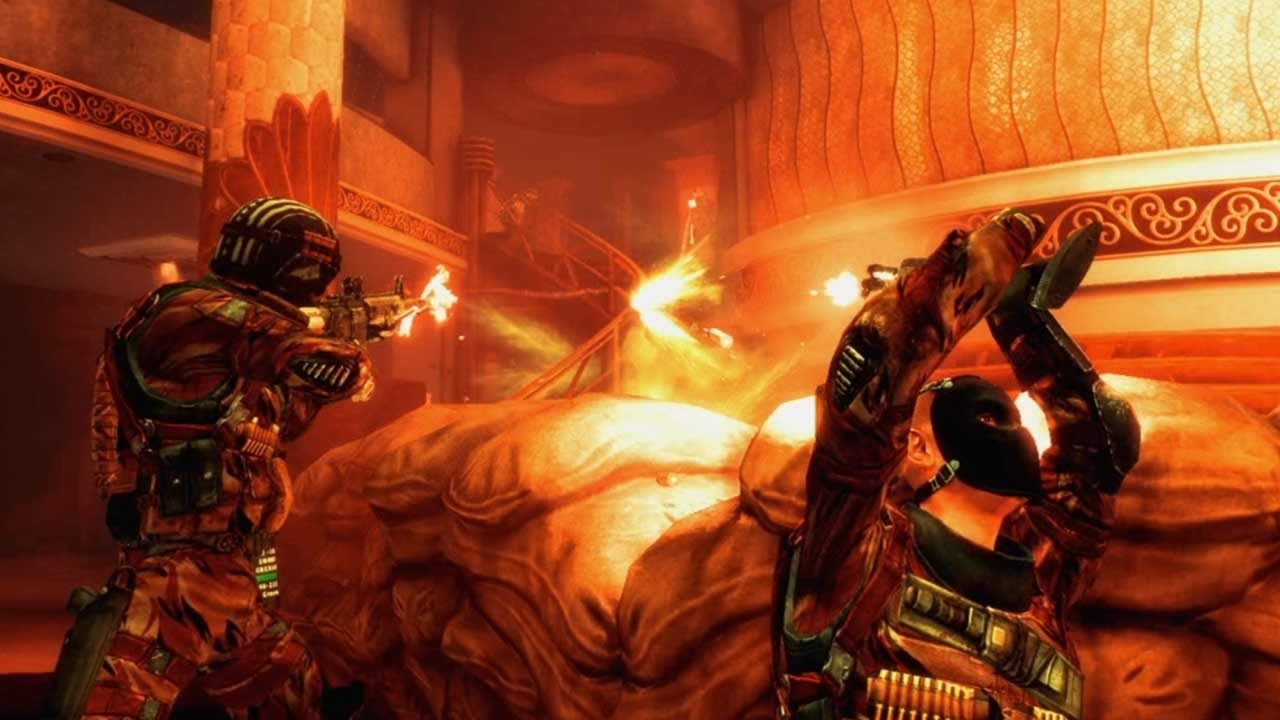 How refreshing is it to have a tactical shooter set in Dubai without one side having to be some sort of terrorists? It’s The Exiles versus The Damned in Spec Ops: The Line‘s online multiplayer sandbox.

Not that Spec Ops: The Line is a giant, open-world free-roaming experience. In this case sandbox actually means boxes of sand, scattered throughout the map, waiting to be dumped on unsuspecting former squad mates. It’s amazing how much hatred these two factions have generated for each other.

It’s also fun that The Exiles versus The Damned sounds like the poster for a concert at a late 80s alternative venue.