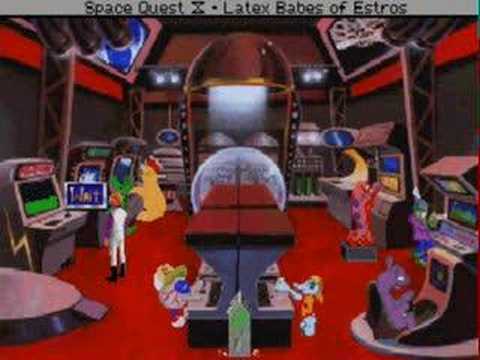 After ripping science fiction a new laugh-hole through three amazing Space Quest adventure titles for Sierra Online, Mark Crowe and Scott Murphy took on one of sci-fi’s most confusing elements: time travel. They did this by warping the slightly-heroic space janitor that just wants to keep the galaxy clean.

The entire game is one hilarious moment after another, aided greatly by Laugh-In‘s Gary Owen’s on narration duty in the CD-rom version of the game. But by far the funniest moment of the entire series is realising that the top of the screen features an entirely different game name. That alone is worth helping Two Guys from Andromeda make a new game.