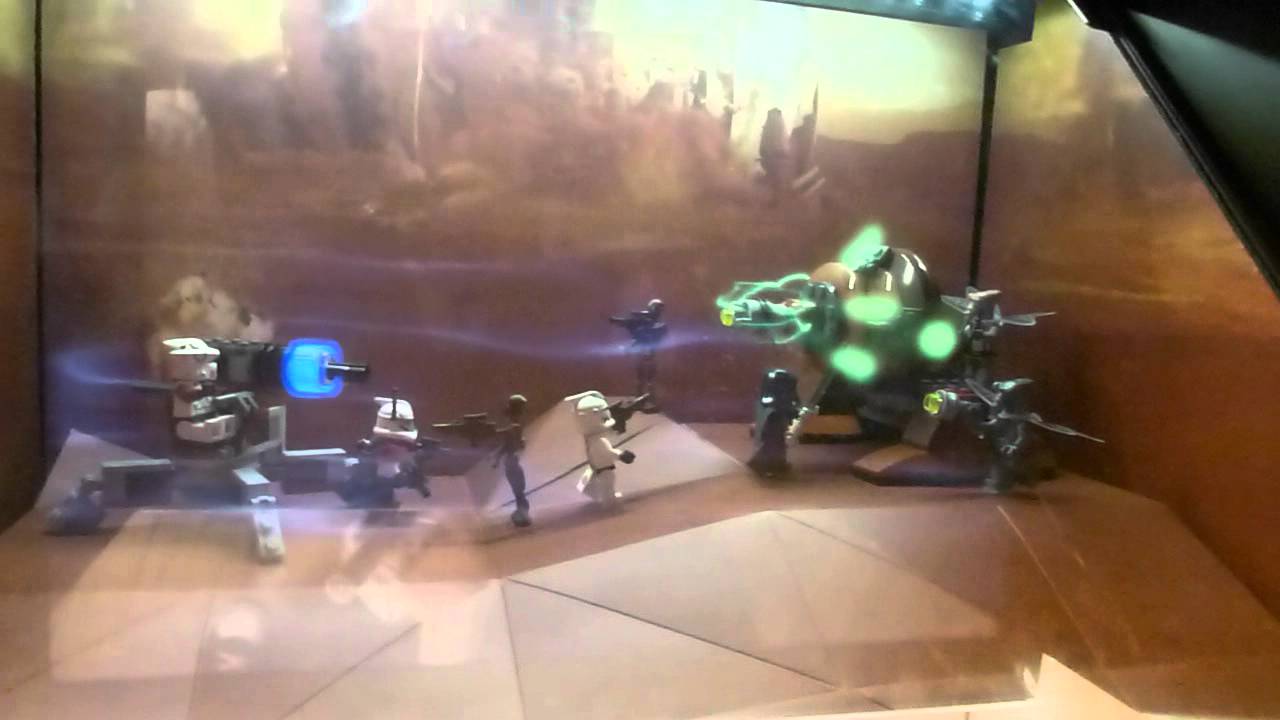 A pair of LEGO Star Wars sets become the state for a holographic interstellar war in what could be the most amazing store window advertising I’ve ever seen.

I could watch this for hours, which is more than I can say for a good half of the actual Star Wars films. YouTube user H1tmonchan caught this video from a toy store window in Steinkjer, Norway.

It seems like an awful lot of effort gone into marketing a product that pretty much sells itself. The combination of LEGO and Star Wars is not one that requires further sweetening.

Not that I’m complaining. I’m too busy grabbing popcorn and full-screening this mother to complain.