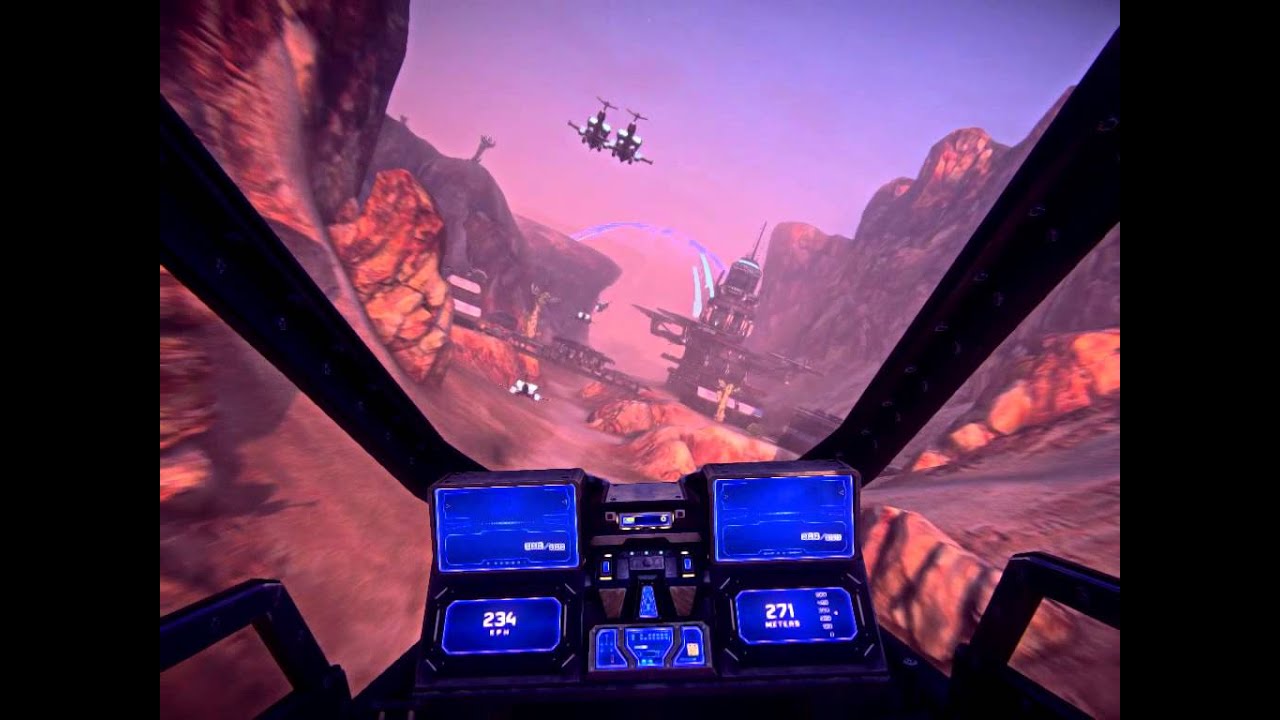 The original Planetside was perhaps a little ahead of its time. A massively multiplayer FPS in a time when broadband was still finding its feet. Even so, it was magnificent by way of its ambition alone and as lag-stricken as it was (at least, for Australian players), I still remember it fondly — nothing quite beats carrying a pair of rocklet rifles and blowing the crap out of heavily-armed MAX.

Despite giving the game up millennia ago, something about this clip, showing off the gameplay for the sequel’s futuristic combat aircraft, has stirred a primordial organ of unknown purpose deep within me.

I don’t think I’ve ever seen a piece of classical music go well with games footage. This clip is no exception. Wagner’s Flight of the Valkyries pretty much overpowers the entire video, which is a shame, because the action stands fine by itself.

Moving past that, the game is looking great — pretty enough to please the graphics freaks, but not so dressed up as to compromise performance (or so I hope). The flying physics look dead-set arcade-like, but I did notice that the aircraft drift as they turn, which is a nice touch.

Any chance of some Australian servers SOE?