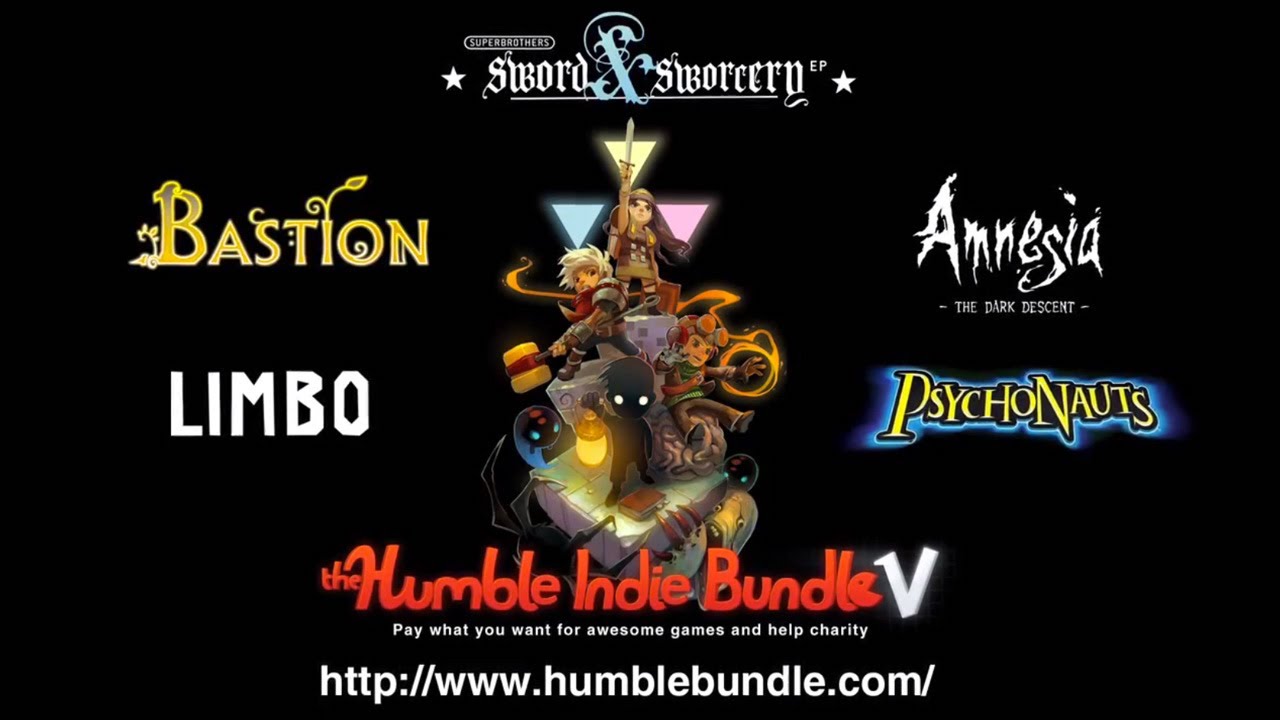 Even by Humble Bundle standards, the Humble Bundle V contains some fantastic games. They’re all so great, in fact, that I’d be surprised if you haven’t played pretty much all of them already.

Pay whatever you want for the terrifying and amazing Amnesia: Dark Descent, the hilarious and wildly creative Psychonauts, the dark and clever Limbo, and the lovely and incredibly soundtracked Sworcery, with freakin’ Bastion thrown in as a bonus if you beat the average bid.

If you don’t own even two of those games, this is a bargain… this is like, a great games all-star jam or something. The trailer above does a pretty good job of summing it up.

Perhaps best of all, all of the games come with their soundtracks, each of which is fantastic and two of which made last year’s Best Game Music of 2011.

You probably have these games. Heck, you may play them regularly. But on the off chance that you don’t, here’s your chance to go catch ’em all.