It Took Japan To Add Style To Alien Vs Predator 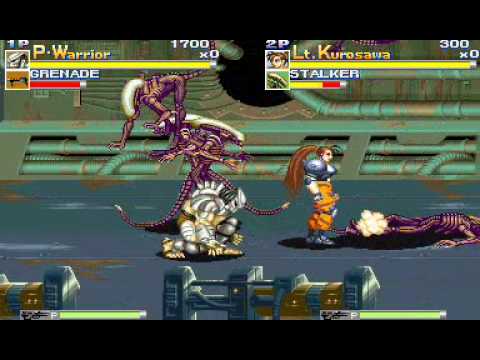 It’s been over 20 years since some bright sparks decided it’d be cool to see Aliens fight Predators. Since then we’ve had good comics, good video games, bad video games and terrible movies based on the idea.

When people talk about the games, though, they almost exclusively remember the three first-person shooter titles. While the first two were awesome, the softest spot in my heart is reserved for Capcom’s 1994 brawler Alien vs. Predator, which gave the dark, sci-fi universe a terrific Japanese animated touch, and let players control either Predators or humans in a sprite-filled battle to save the galaxy.

So stylish. So fun.