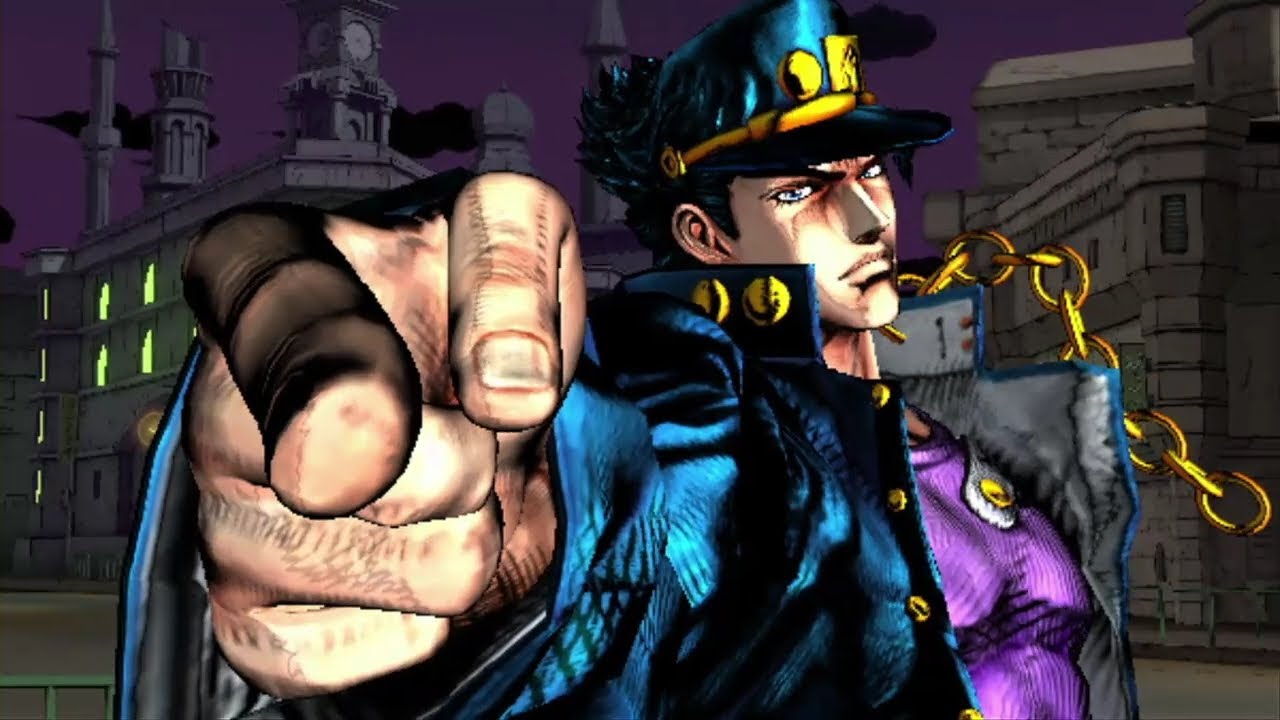 Namco Bandai recently posted a teaser site for a new Japanese game “All Star Battle” (not to be confused with Playstation All-Stars Battle Royale) which featured a daily countdown and an image that slowly revealed itself. People anxiously waited, wondering what the reveal might be. Finally, the full image was revealed to show an image of… stuff…

Apparently, the game is “Horse-Driven Carriage, Statue of Liberty, Raisins, Bovine Tongue, Sunshine, Underwater Tunnel, Chambered Nautilus All Star Battle“???
Then, earlier today, the reveal came and it all made sense.

Japan’s popular manga series created by a possible ageless vampire, JoJo’s Bizarre Adventure will be getting a new anime series and video game, JoJo’s Bizarre Adventure All Star Battle. From the information released, the game will feature characters from all 7 presently released JoJo stories to beat the ever living crap out of each other with insane fantastic powers. The game’s imagery and atmosphere manage play up to the unique manga style of JoJo series creator Hirohiko Araki and hopefully the actual gameplay will be equally as inspired.

JoJo’s Bizarre Adventure All Star Battle is scheduled for release on the PS3. No release date has yet been announced.