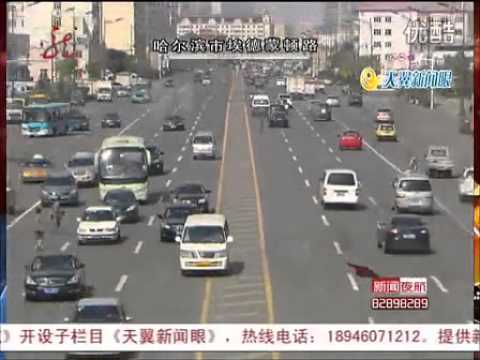 Jaywalking is a big problem in China. One news station decided to use Frogger (or rather, a Frogger clone) and some Mario music to show that jaywalking is not the best idea!

In the new clip, you can see folks walk across several lanes of traffic Edmonton Rd in Harbin, Heilongjiang province. Scary stuff.

As website Beijing Cream points out, the journalist at the end of the news clip says, “Life isn’t as simple as video games. When you pass in the game, you can level up. If you fail, you can try again. But as for people’s lives, they only have one.” Noted!