Sequels To Zelda And Pushmo Now Available To Download On 3DS 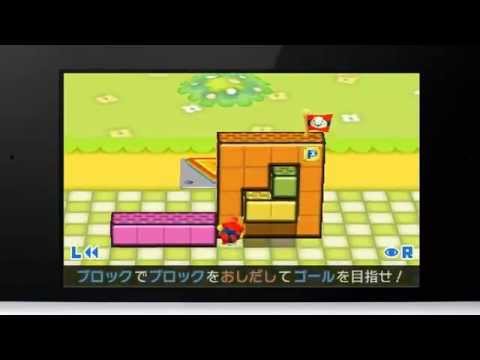 The sequel to Pushmo, my favourite 3DS game, is out today. The new one is called Crashmo. In the old game you pulled and moved blocks in order to climb to your destination.. In the new one, you do the same… but now the blocks can fall!

This sounds like the most boring thing ever, but both last year’s game and this year’s — which I’m about 40 puzzles into and not close to halfway — are very good puzzle games. Watch the Japanese trailer up top, OK? Or go to Nintendo’s Crashmo site, which is full of videos and justified hype.

Not sold on Crashmo? Well, back in the day there was a game called Zelda.It has block-pushing puzzles too. It also had a sword, a shield, an bow and arrow and octorocks. It was very good. Then they made a sequel and it was strange. And by strange I mean it was a side-scrolling role-playing game that seemed to have little to do with the first Zelda. Nintendo loves re-selling their old games, so, as of today, you can buy Zelda II: The Adventure of Link on your 3DS. Previously, you could only have it on your 3DS if you were a 3DS Ambassador (translation: you paid full price back when the 3DS was not worth its price tage and before Nintendo cut the price by a third; today, the 3DS is wayyyyy better).

BUT WHAT ABOUT THE WII U?

Well, tough. Wii U owners get no new games today. They’ll just have to be happy with this handful of games that were put on the Wii U’s eShop . Just a few indies and whatnot: