The Scariest Game I Have Ever Played? 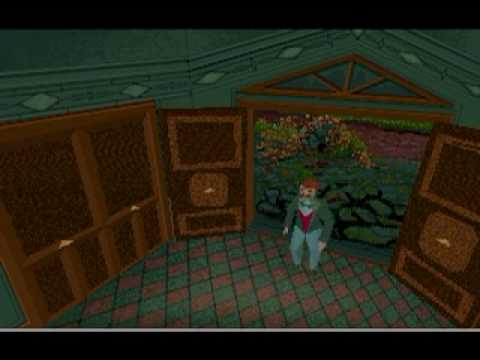 This intro might not scare you, since nothing really happens, but that was exactly why the game was so terrifying. It was so minimal. Just the crunch of your footsteps, the creaking of an old door and the unsettling site of your polygonal avatar traversing a house that was sitting there just to try and kill him (or her, as you could play as one of two characters).

I know, if you’re under the age of 27, you’re probably looking at this and thinking “what a janky old piece of crap”. And in many ways, it was. Being a pioneering 3D title meant control of your character was tough, and things like aiming weapons were almost impossible. It also meant the game’s visuals were jarring, like Dire Straits had made an FMV adventure game.

But those rough edges only served, at the time at least, in the game’s favour. If you’re playing an action game and your most common quote is “what the f**k just happened”, there’s probably something wrong with it. But when you say it as often as you do in this game, whether as a result of something unexpected or just weird, it only enhances the horror experience.

So, there you have it. Laugh if you want. You’ll laugh more when I tell you the second-scariest game I’ve ever played is any 3D game with underwater monsters. Even Wind Waker. But at the time, this game was scary, and the joy of recommending it now is that not only has time transformed it into something hilarious, but that it’s an important video game.

Watch the video above, then play the game if you can, and when you’re done, the next time you go to give Resident Evil credit as being the grandfather of the survival horror genre, remember the only thing it had that Alone in the Dark hadn’t done four years earlier was split its inventory into a grid system.