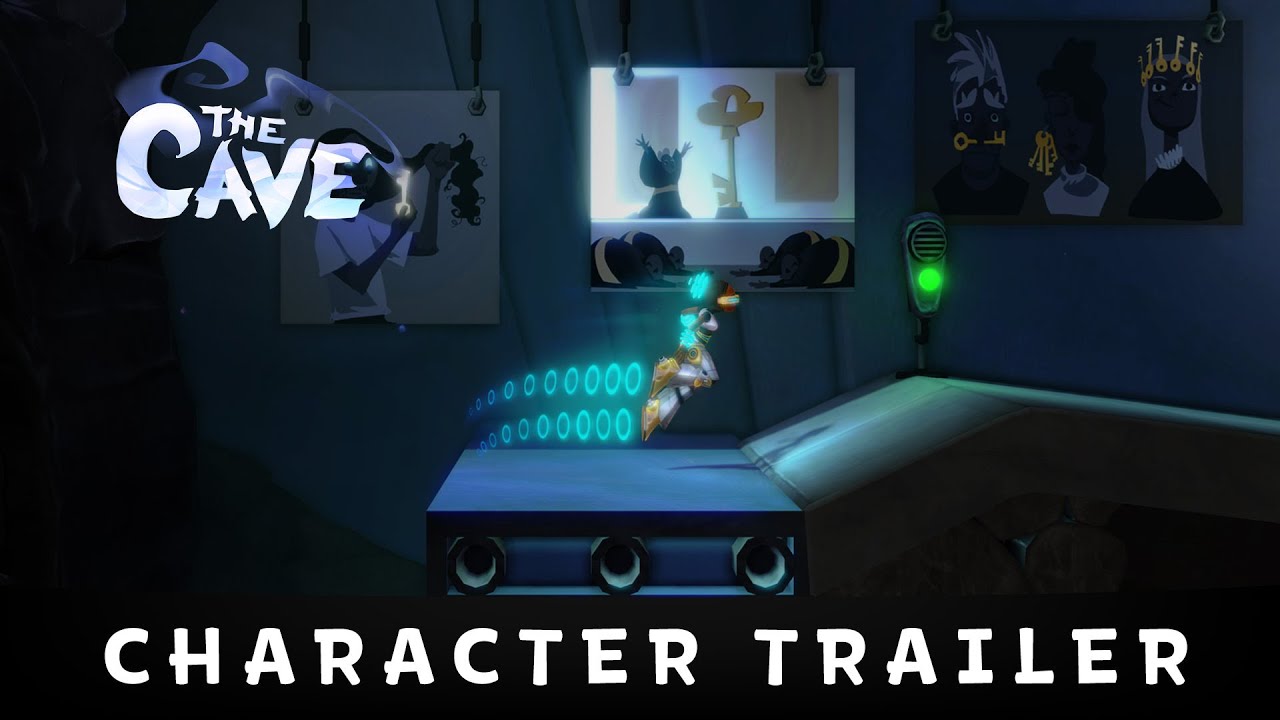 While they might be getting the most attention for their as-yet-unnamed Kickstarter project, Double Fine actually has another adventure game on the docket and one designed by Ron Gilbert no less.

While our own Kirk Hamilton got a preview of The Cave with Mr. Gilbert himself, there’s been a dearth of game footage since it was announced this May. That is until today’s fresh-from-the-oven trailer, which shows off one of the game’s central elements for the very first time: the cave.

Not the place, of course, but the voice. You see, much like the excellent Bastion, The Cave has a persistent narrator, that being the cave itself. As your 3-person party explores his varied depths, the predictably wry rock formation will be giving a running commentary, just as he does for this trailer.

You also get a closer look at the team based adventuring/platforming gameplay. I’m particularly charmed by the way item descriptions materialise as you interact with them. That and the patented Double Fine humour. By integrating active platforming elements into a puzzling adventurer, can Gilbert reinvent the genre one more time? We’ll see when The Cave comes out in January 2013 for PS3, Wii U, Xbox 360, and PC.