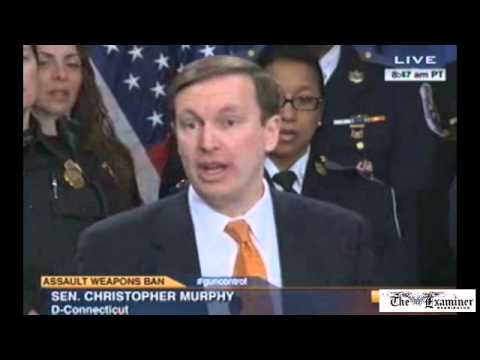 Let the scapegoating continue. Adam Lanza, the person who shot and killed 26 people at Sandy Hook elementary in Connecticut last month, reportedly played Call of Duty, among other games. So for quite a while now, pundits and politicians have been drawing links between his heinous actions and the video games he played.

Most recently we have Senator Chris Murphy, a newly elected Democrat in CT, who spoke yesterday during a press conference to introduce a bill on assault weapons.

“I think there’s a question as to whether he would’ve even driven in his mother’s car in the first place if he didn’t have access to a weapon that he saw in video games that gave him a false sense of courage about what he could do that day,” the senator said.

This is probably a good time to remind the world that there is no scientific evidence linking violent video games and violent behaviour.