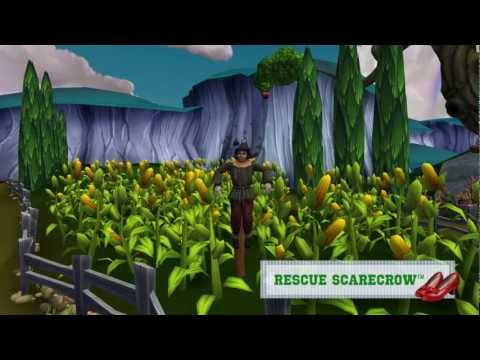 When I was growing up, every holiday season was punctuated by a television airing of The Wizard of Oz. We’d gather around the television and watch Dorothy and friends learn a little something about themselves in the span of 101 minutes. The Wizard of Oz Facebook game has been around for four months, and we’re just now getting to the Scarecrow.

It makes sense, I suppose. We can't simply ease on down the road -- we've got a city to run.

It's fascinating to watch this classic film slowly unfold over the course of a social game. I wonder how long it will take them to get to Mrs King?