Wii U Owners Freak Out About Rayman Going Multiplatform 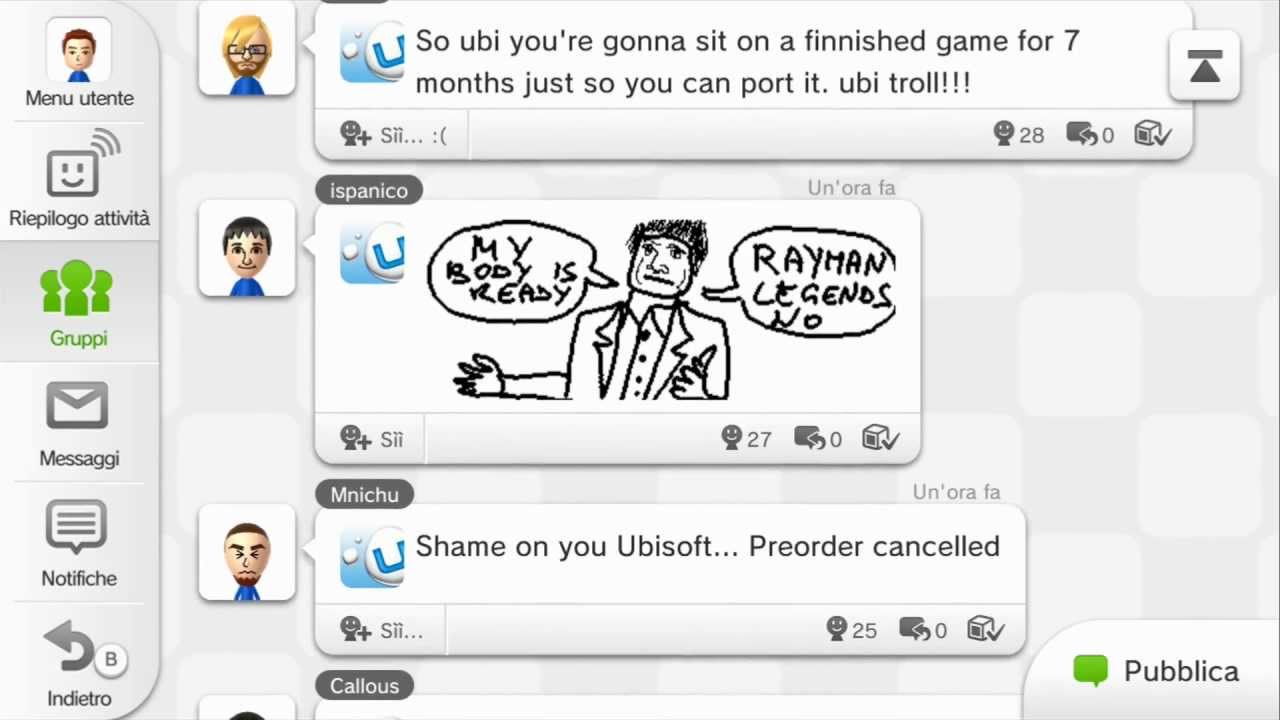 There are some who would say the decision to bring former Wii U exclusive Rayman Legends to other platforms was a smart business decision. There are other, slightly crazier people — like those in this video — who would use the word betrayal.

This is 17 minutes of user comments left on Rayman’s Miiverse page, showing that, well, fans of the series who also own a Wii U aren’t exactly happy about the decision.

I get it, the delay stings, but it’s a delay. Not a cancellation. Given other major publisher’s stance on the Wii U they’re lucky they’re getting a promising third-party title at all.