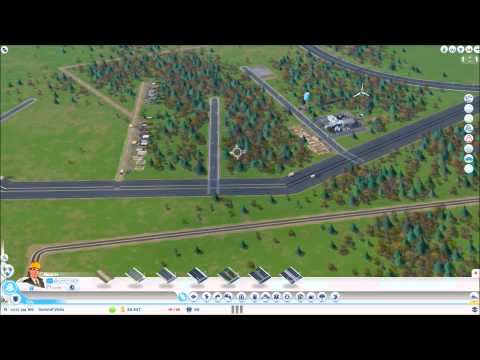 Well, that didn’t take long. A video recently uploaded by Redditor AzzerUK shows what appears to be the game’s fully unlocked debug mode.

Here’s AzzerUK himself (emphasis mine):

So with a little bit of package editing within SimCity, and a little playing about in the code, it’s possible to enable debug mode. I linked the activation to the “Help Center” button in the main menu for ease. Most debug features are disabled without having an actual developer’s build (they have terraforming tools etc. available in the full developer build!), but a few things do still work – including editing the main highways.

Not only that – but you can edit the highways ANYWHERE – even outside of your city boundary… and even if you quit the game and log back in later, it’s all saved safely on the server.

This shows that highway editing will be easily possible, AND that editing outside of the artificially small city boundaries should be very viable too.

Other things I have modded out with a quick change: Unlimited time to remain disconnected (won’t get booted at 20 minutes, can now be disconnected “forever”). Population count now shows REAL figure, not the “artificially inflated” figure. My large cities have a population of about 15k now, not 100k 😛

On the original Reddit thread, he also added this (again, emphasis mine):

And yes I also modded out the disconnect timer (can now play “offline” indefinitely – but no saves/syncs or region related stuff, not yet anyway… but the simulation can carry on with no connection indefinitely).

Apparently, it’s possible to play offline for far more than just 19 minutes, even if that’s without saving. Surprising, considering that last week, Maxis general manager Lucy Bradshaw said an offline mode would be only possible with “a significant amount of engineering work by [the Maxis team]” — although, one Maxis insider did tell Rock Paper Shotgun that a server was not necessary for actual gameplay.

We are reaching out to EA for any comments, and will update this post if they get back to us.