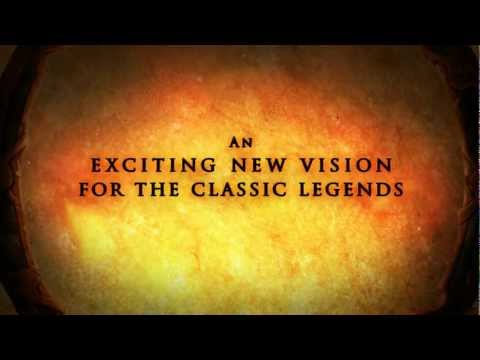 It sounds like Jacobs wants his game back, or at least what he and his new team consider the best bits. Camelot Unchained is essentially the realm-vs.-realm combat of Dark Age of Camelot without the player-vs-environment content. It’s a battle between a trio of familiar fantasy kingdoms, with a dedicated crafting class supplying the front lines.

Mythic Entertainment was founded in 1995, an amalgam of Jacobs’ Adventures Unlimited Software and Rob Denton’s Interesting Systems. Dark Age of Camelot was released in 2001. In 2006, EA purchased Mythic, renaming the company to EA Mythic. Jacob’s parted ways with EA in 2009, when the company merged Mythic with Bioware to form BioWare Mythic (now they’re separate again).

Now Jacobs is back with a new company, creating a game very much like the one he created before, and he’s hoping fans will pony up $US2 million via Kickstarter to get it done.


I admire Mark Jacobs for sticking to his vision all these years, even if it hasn’t evolved much. Realm-vs-realm combat (here called TriRealm, as EA owns RvR) was one of the most enjoyable aspects of Dark Age of Camelot, and I wouldn’t mind a similar experience crafted with today’s tools. I love the idea of dedicated crafting classes, giving less skilled players a means to aid the war effort.

What worries me is there are other games delivering the realm-vs-realm experience. Guild Wars 2‘s world-vs-world system in particular has been evolving quite nicely. Add the fact that Camelot Unchained is planned as a subscription-based game, and I start to worry that folks might not show up to play.

With $US932,201 pledged of the game’s $US2 million goal and 24 days to go in the Kickstarter, there’s a fair chance Mark Jacobs will get a chance to found his new Camelot. We’ll see how it plays out from there.