The Next Deus Ex Is A Mobile First-Person Shooter 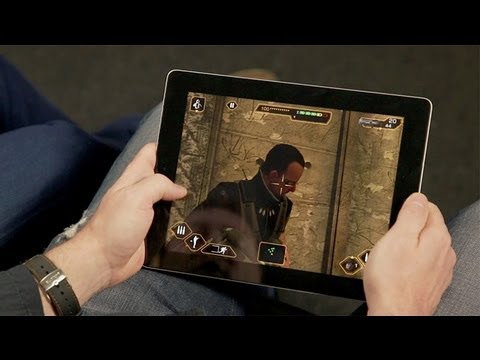 Teased earlier this week, Eidos Montreal has lifted the veil on Deus Ex: The Fall. It’s a first-person shooter for iPhone and iPad that picks up where James Swallow’s novel Icarus Effect left off.

From the YouTube video description: We are back in 2027 — a golden era for science, technology and human augmentation, but also a time of great social divide and global conspiracy. Ben Saxon, a former British SAS Mercenary who underwent physical augmentation, is desperate for the truth behind the drug conspiracy. Betrayed by his private military employers, the Tyrants, not only is his own life at risk, but for all augmented humans, time is running out…

As Kotaku‘s mobile editor, allow me a celebratory fist-pump. The rest of you are free to be angry, annoyed, happy, overjoyed, or any number of emotions that come when a major franchise makes the move to mobile.

Stay tuned for more on Deus Ex: The Fall.