Wind Waker Video Shows Off Hero Mode, Treats You Like An Idiot… 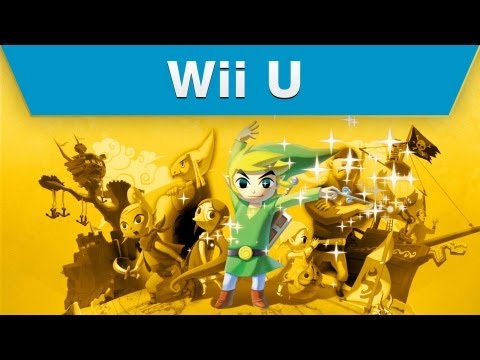 But who cares because any time I get the chance to see more Wind Waker HD, I’m happy.

I don’t know why I am so excited about Wind Waker’s HD re-release. I think part of me feels like Wind Waker was an underplayed, underrated video game — not just by the general public, but for me, personally. I didn’t really appreciate the game when it came out. I was as silly as the rest. I wanted Ocarina of Time 2. I was disappointed by the art style. I didn’t want to sail on a boat, I wanted to ride around on a horse.

But time has been so kind to Wind Waker, and so harsh on other 3D Zeldas that this Wind Waker HD release is something of a coming out party for one of the best Zeldas ever made. I hope it’s well received. I can’t wait to play again.