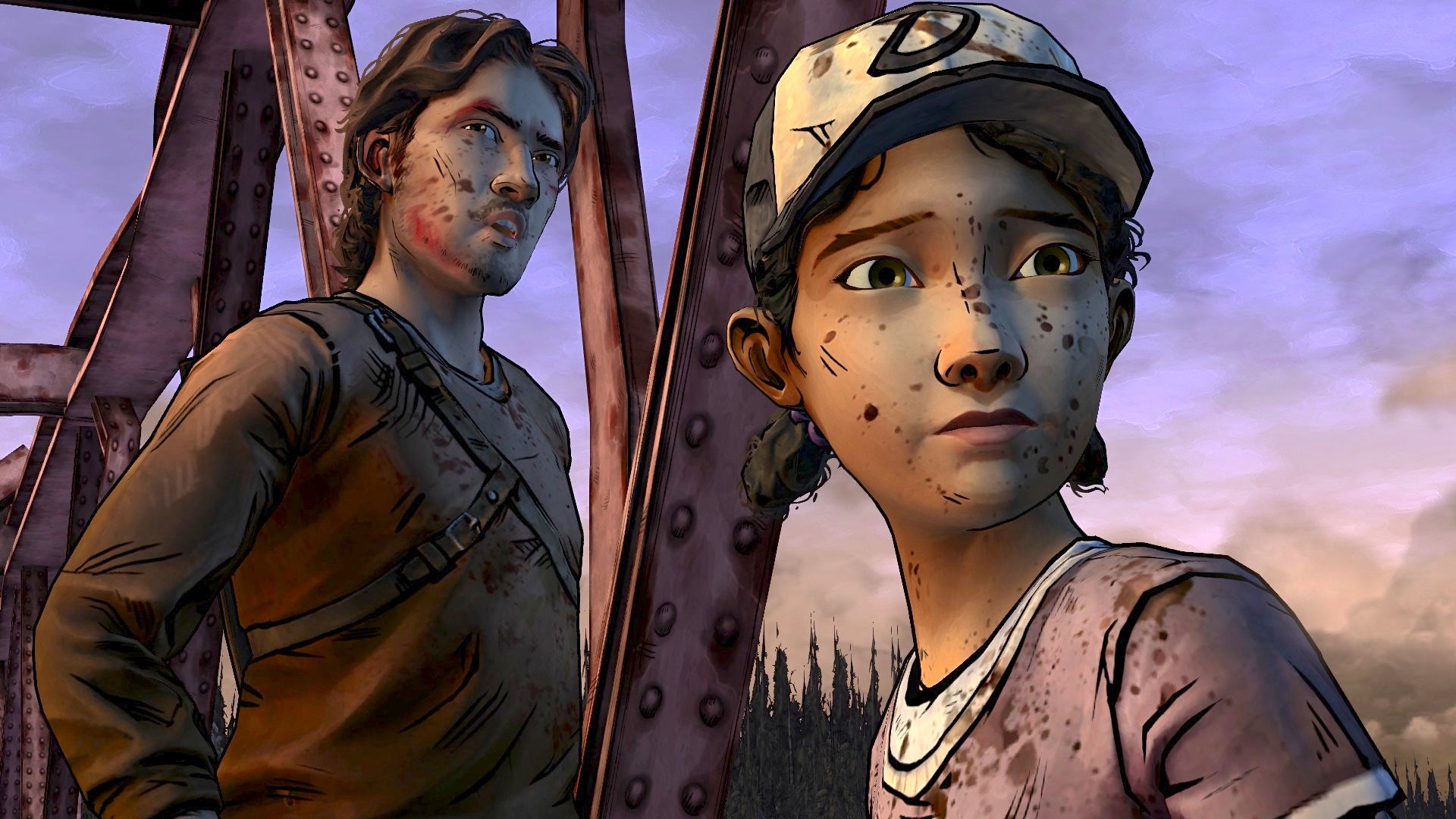 There are few things more stressful than being forced to make an important decision without all the necessary information. Whom do you trust? Whom do you betray? And what aren't they telling you?

Telltale's Walking Dead games have always thrived when forcing the player into difficult circumstances and forcing them to make challenging moral decisions. In episode two of the games' second season, Telltale's decision to cast 11-year-old Clementine as the new protagonist begins to truly pay off. No one tells little kids anything. So how do they know what they should do next?

Note: This episode review won't contain any major spoilers for The Walking Dead: Season Two: Episode Two. It will, however, contain some spoilers for episode one.

The first episode of season two concerned itself with establishing Clementine as our protagonist and gradually — if sometimes shockingly — reminding us just how hopeless the new, walker-riddled world has become. It was a strong episode and for its first two thirds, almost a standalone adventure, before finally mixing in some new characters in its final act. Episode two, titled A House Divided, is much more concerned with introducing more characters, establishing hinted-at backstory, and setting up the conflict that will play out over the remaining three episodes.

In episode one, after losing her friends in Virginia and suffering a brutal dog attack, Clementine had the good fortune to happen upon a group of survivors willing to take her in. Luke, Pete, Carlos, Rebecca and the rest weren't quick to trust her, but they were willing to give her shelter and food.

Episode two, which comes out today on PC and PS3 and at an undetermined but likely very soon date on Xbox 360 and iOS, picks up immediately after the end of episode one. Clementine finds herself stuck on a river between Nick and Pete, beset by walkers and forced to survive yet another difficult ordeal and make it back to the cabin. From there, things move with a quickness, and a situation that seemed relatively secure is suddenly cast into doubt. As new characters, factions and surprises are introduced, it's clear that Clem is only being given a small fraction of the full story. And as a result, she (and the player) are forced to make decisions based on incomplete information. It's stressful, it's harrowing — and it's great.

The episode's plot moves in fits and starts — it's content to linger on an extended and uneasy encounter in a cabin before jarringly leaping forward in time several miles and days. It features Telltale's usual brand of technical crustiness, combined with their usual brand of excellent voice acting. In particular, actor Michael Madsen, best known (to me) as Mr. Blonde in Reservoir Dogs and Bill's ruthless brother Bud in Kill Bill, chews his way through a fair amount of scenery in his brief but enjoyable appearances. 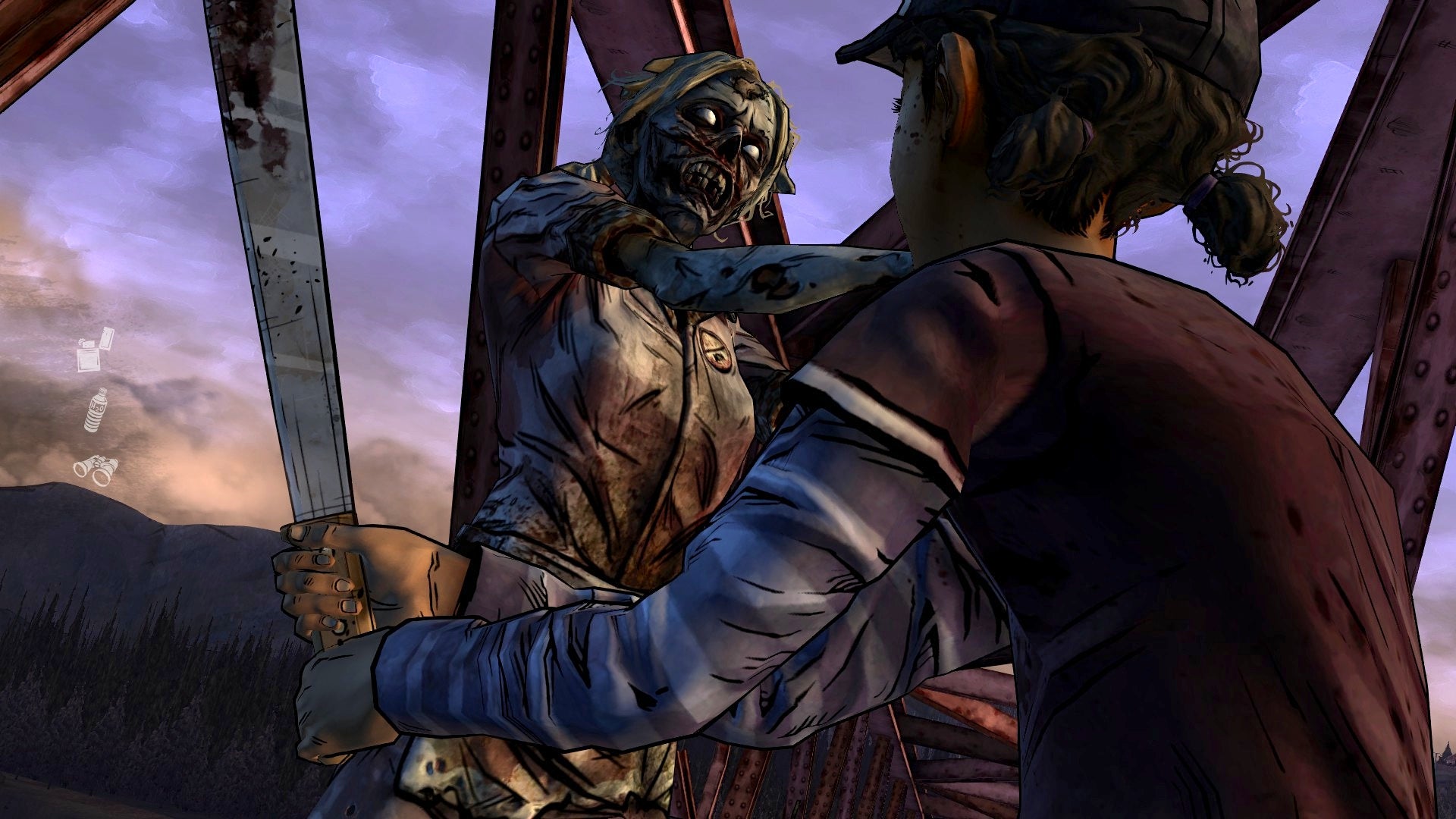 Silly Zombies, You Don't Scare Me

While I'm generally ok overlooking some of the clumsier technical aspects of The Walking Dead, Telltale's zombies are becoming a problem. I've gotten used to the funky, marionette-like animations in The Walking Dead games; at this point, they feel mostly like a stylistic tic. But the zombies are such a nonthreatening, slow-moving goof that I have a hard time watching the protagonists continually fail to fend them of.

In The Walking Dead games, a "horde" of walkers usually numbers fewer than 10, and they wander forward so slowly that our heroes' cries and stumbling panic feel incongruous and even humorous at times. Can't you guys see that they're barely even moving? How do they keep getting the drop on you? Why don't you just run to the left like, 10 feet? When I play a game like this, I want to be yelling at the screen because I'm so freaked out by what I'm seeing, not because I can't believe that anyone could be so slow-moving and hesitant in the face of such goofy enemies.

Fortunately, A House Divided, like most of the rest of The Walking Dead before it, isn't particularly concerned with zombies, nor with realistic depictions of human-on-zombie violence. The game remains focused primarily on moral ambiguity and split-second decision making, and there, it's as strong as ever.

Clementine was already The Walking Dead's most popular and well-liked character, but it's in A House Divided that Telltale begins to reap the benefits of casting her as the season's star. By making a young, unthreatening girl the protagonist of their second season, Telltale has done something very smart: They've re-cast the way it feels to make decisions in The Walking Dead, and in so doing shaken things up. Clementine may be the most important character in the game, but she remains a child in the eyes of most of the characters. As a result, no one really tells her anything, and I found myself making some major decisions mostly in the blind.

At the start of the episode that felt like TWD business as usual, but as things progressed, new characters and locations were introduced, new alliances were forged while old ones were sundered, and I realised that I had no real clue what was going on, or whom I could trust. Were these people I was with ok? What about this new group? Should I tell this character what that character did? Or do I keep the secret? 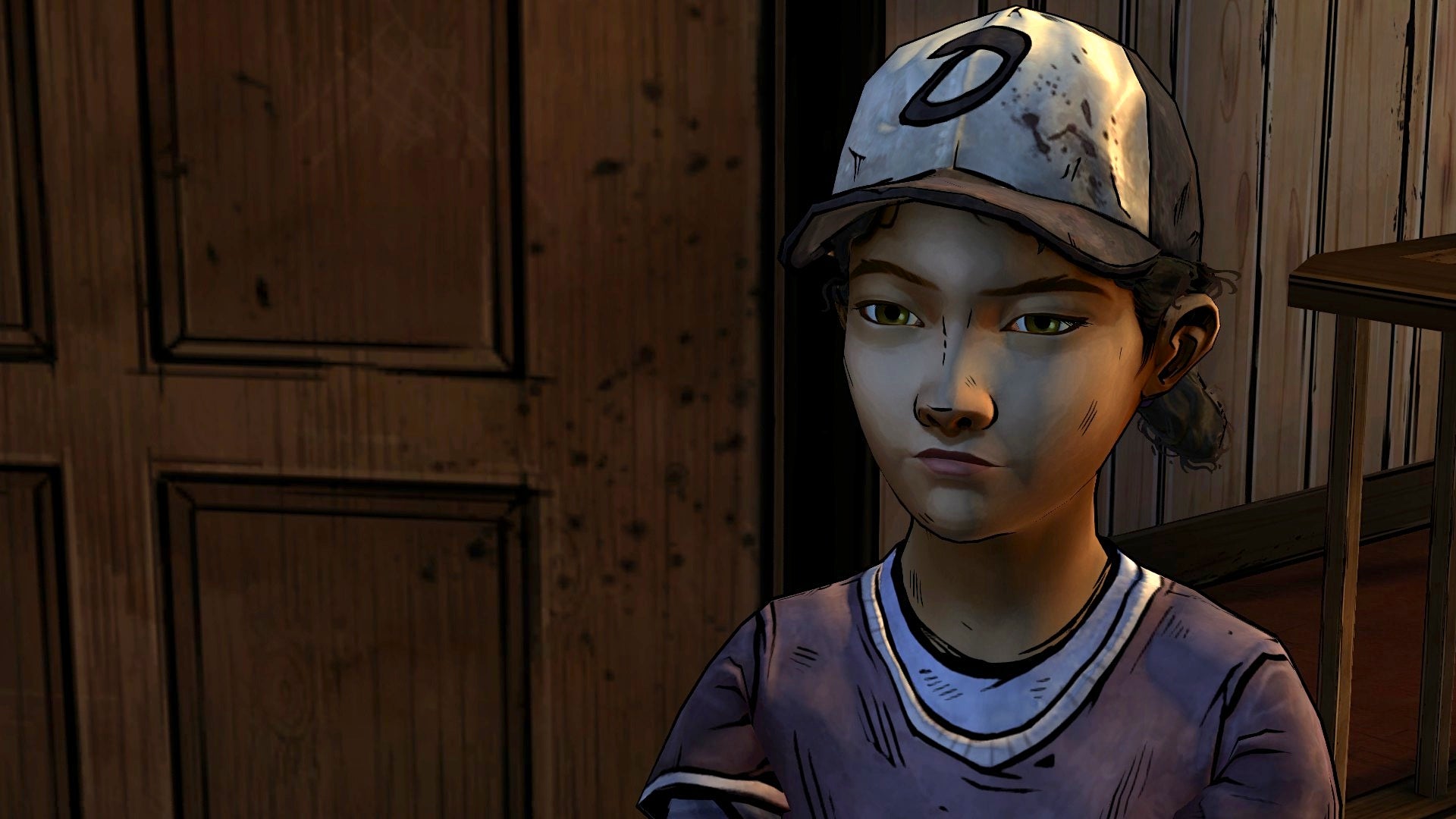 "Everyone underestimates me," Clementine says, midway through the episode. I know she's right, but no one else does. After all, I've seen her survive ordeals more dire than the one in which she finds herself. But none of her new friends know her all that well, and as they continue to underestimate her, I continue to find myself assuming the identity of a video-game character I've never had to identify with before: A young girl whom no one takes seriously but who must survive nonetheless.

Most games like this cast players in the role of the decision maker — the adult, the strongest man, the person who assumes command and therefore has some say over the fate of the group. It was Lee in the first season of The Walking Dead, or Bigby Wolf in Telltale's other series The Wolf Among Us, or Commander Shepard or Hawke in BioWare's Mass Effect and Dragon Age II… and so on. Coming after all of those games, it's a fascinating shift to be put into the shoes of someone with so little power compared with the other members of the group. Too few games are willing to put players on the short end of a power differential, and I'm glad The Walking Dead is doing so with such conviction.

A House Divided contains a surprising amount of action — Clementine, Zombie Killer, you're needed at stage left — but all the same, it mostly struck me as a slow burn, table-setting episode. It was also the episode that finally got me to turn off the "Luke will remember that" notifications and just play, guessing where my decisions would have impact and where they'd be ignored.

At times I've begun to worry that Telltale's Walking Dead games are too caught up in the moment-to-moment to actually say anything. (That same complaint, of course, could be lodged about both Robert Kirkman's comics and the AMC TV show.) The games relentlessly put players in challenging situations that are usually so dramatic and interesting that we forgive the fact that there doesn't really seem to be any bigger narrative through-line or overarching theme.

By letting us see Kirkman's dismal world through a new set of eyes, Telltale has made their game and its story substantially more interesting. The Walking Dead continues to largely focus less on the forest and more on the trees, but those trees take on a terrifying new height when viewed from so low to the ground.