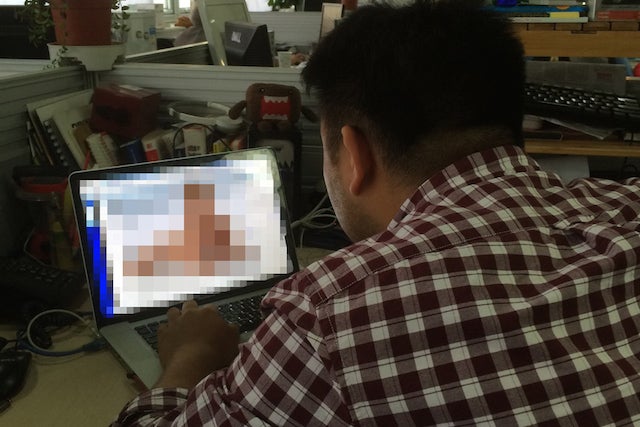 Liu say's he's watched over 600,000 minutes of pornography since he started this job, and at some points he's watched so much in one sitting that he was sofa-ridden. Not only does he have to watch and catalogue the material, he's also apparently on call 24/7 should the police raid an illegal DVD shop.

Liu's family is not too happy with what he does for a living, either. His mother, according to Xinhua, went into a fit after finding out that her son had been tasked with monitoring smut.