Minecraft, Only With Mechs 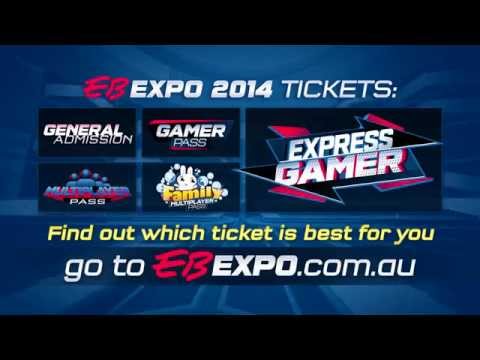 The list of video game publishers in attendance is… well pretty much everyone is headed there: PlayStation, Microsoft, Nintendo, Activision, EA, 2K Games, Ubisoft, Warner Bros, Bethesda. Literally, anyone you can name will most likely be in attendance. Say what you like about EB, the Expo is legit. It’s always worth attending.

In fact last year the EB Expo played host to an exclusive playable demo of Titanfall which was, at the time, the first time I had played the game at least, and maybe only the second time the public had access to it. A pretty big coup back then. Would love to see how they can top it this year.

The full three day pass will cost you $149, but a single day is $69. There are various different types of ticket combos — for example you can head to the expo on a two day pass for Friday and Saturday for $129 or just take the weekend Saturday and Sunday pass for $99. No idea why there is a price disparity between those two options, but there you have it.