Sydney Brickshow: The Next Great LEGO Set Captures The Magic Of Carnivals

Growing up on the outskirts of a big city in the late ’70s, the travelling carnival was a magical event, a chance to ride some of the world’s most dangerous rides while taking in the scent of popcorn, sweat, beer and vomit. LEGO recaptures that magic in the amazing transforming Fairground Mixer set.

Unveiled today at the Brickshow in Sydney, the Fairground Mixer set is some of the best bits of my childhood in a large, colourful box. In some ways it is a relic from a bygone age, when parents could say things like “Fine, you wanna kill yourself? Be my guest!” without getting arrested or uploaded to YouTube. We weren’t allowed to hang out with strangers, but strangest? That was perfectly fine. 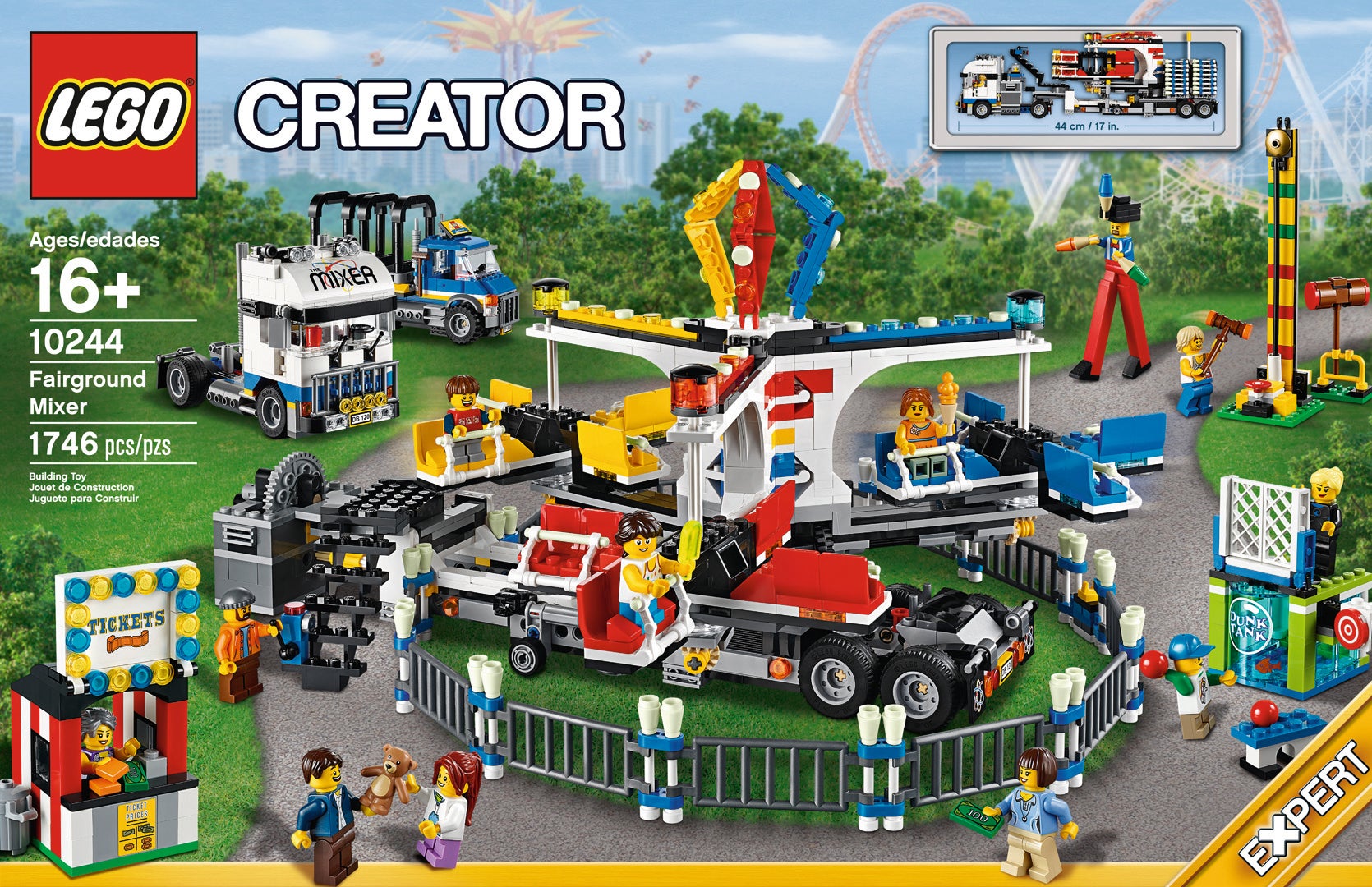 Like any travelling carnival, it all starts with trucks. If you’ve ever wondered how all of those rickety rides and booths seem to appear as if by sorcery overnight, this probably isn’t it, but it should be. 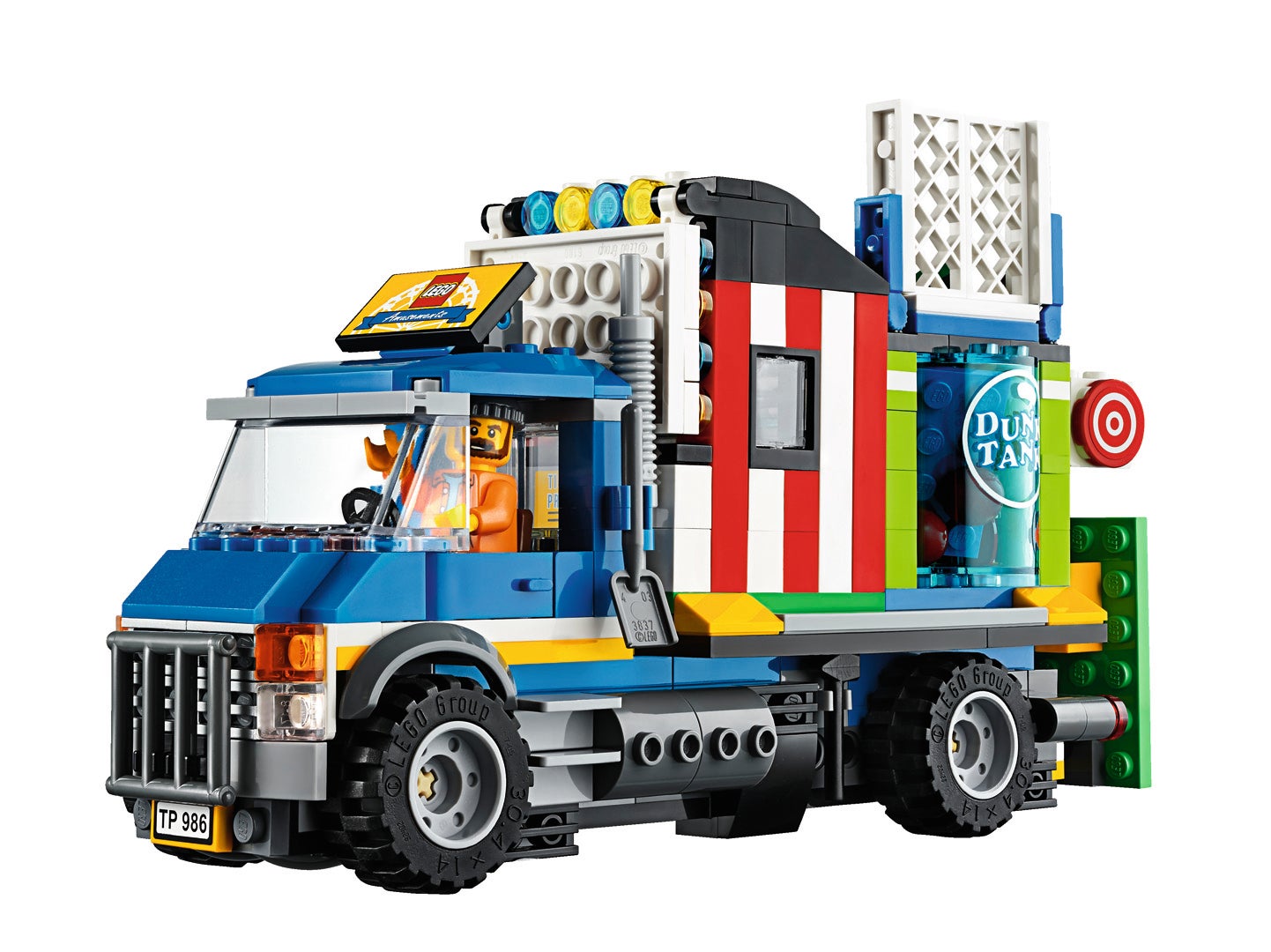 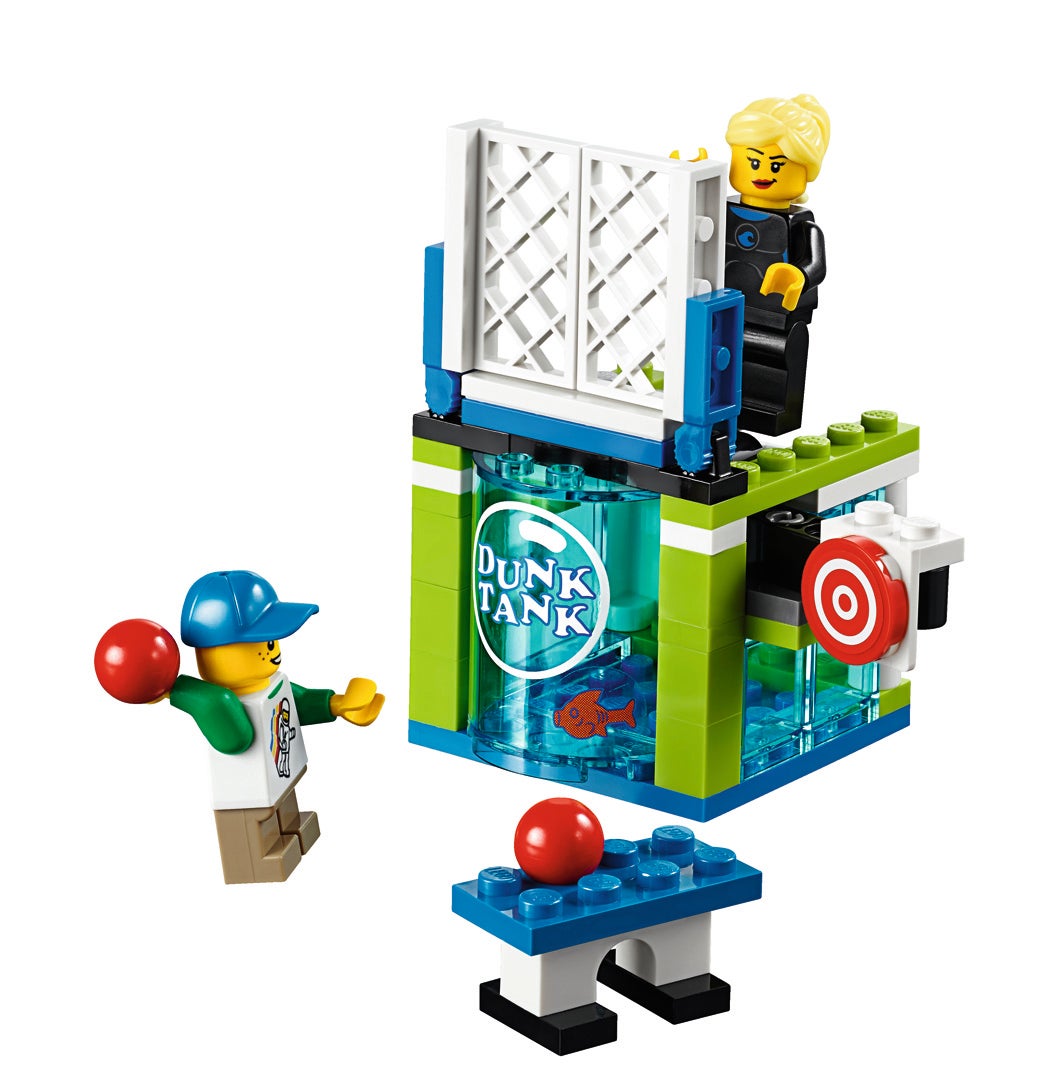 The obligatory ticket booth, because the LEGO carnies aren’t doing this for kicks, you know: 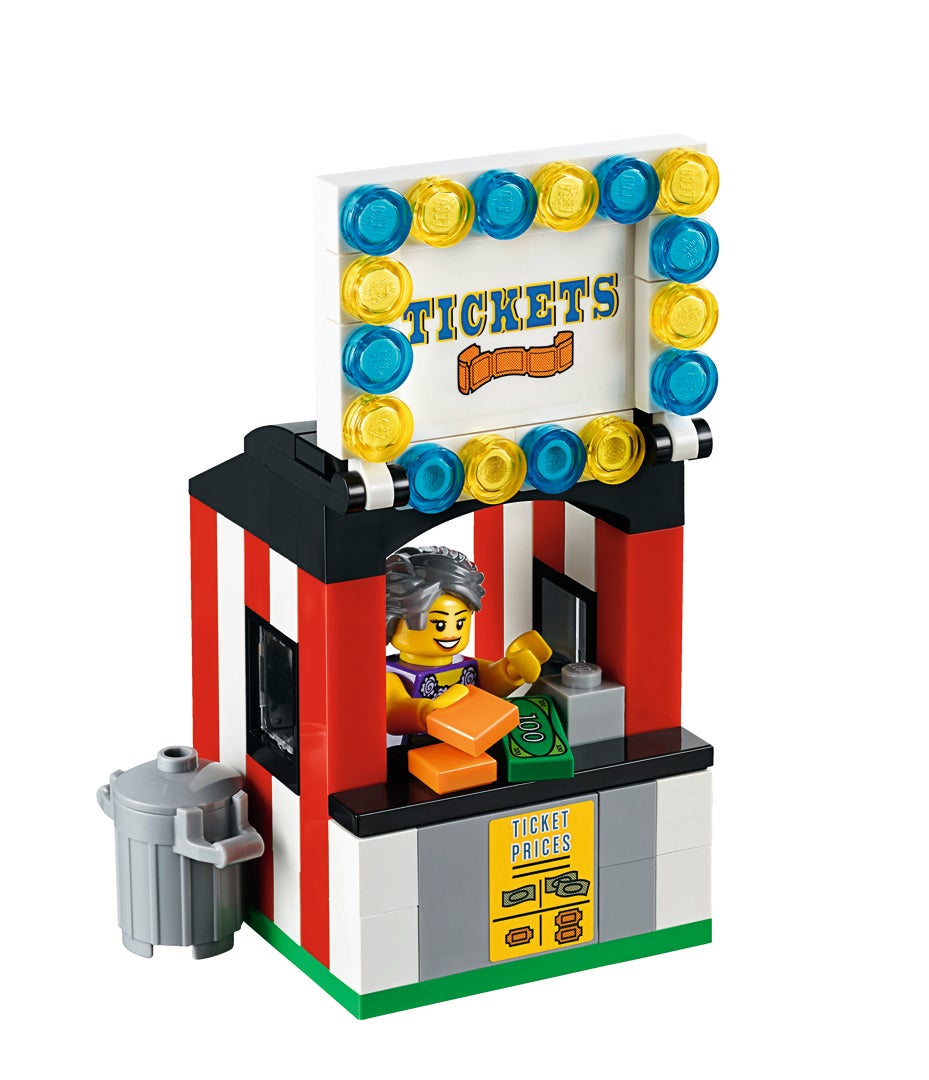 And finally, sliding from beneath the trailer, the strength-testing hammer and bell thingy (that’s the technical term). 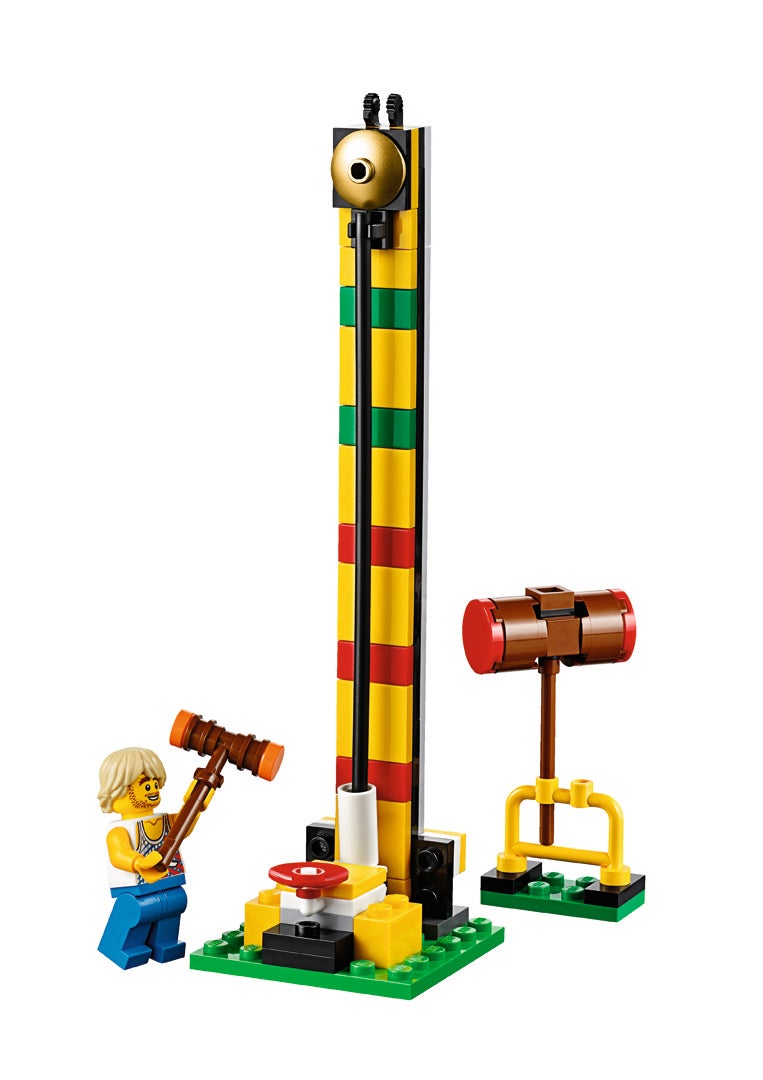 The main event is house on the cooler, more elaborate vehicle. 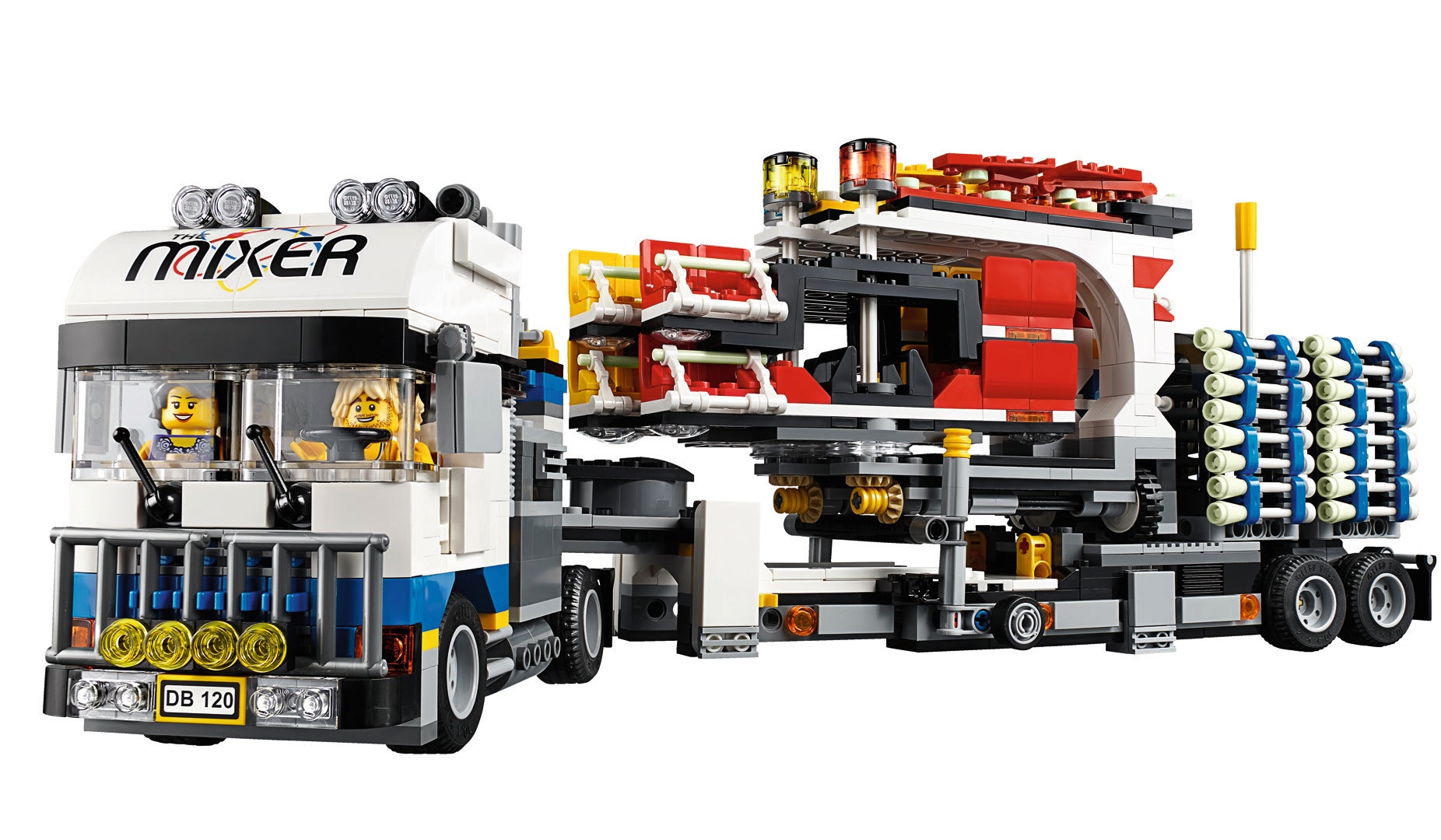 Detach the trailer, pull a few things here and there… 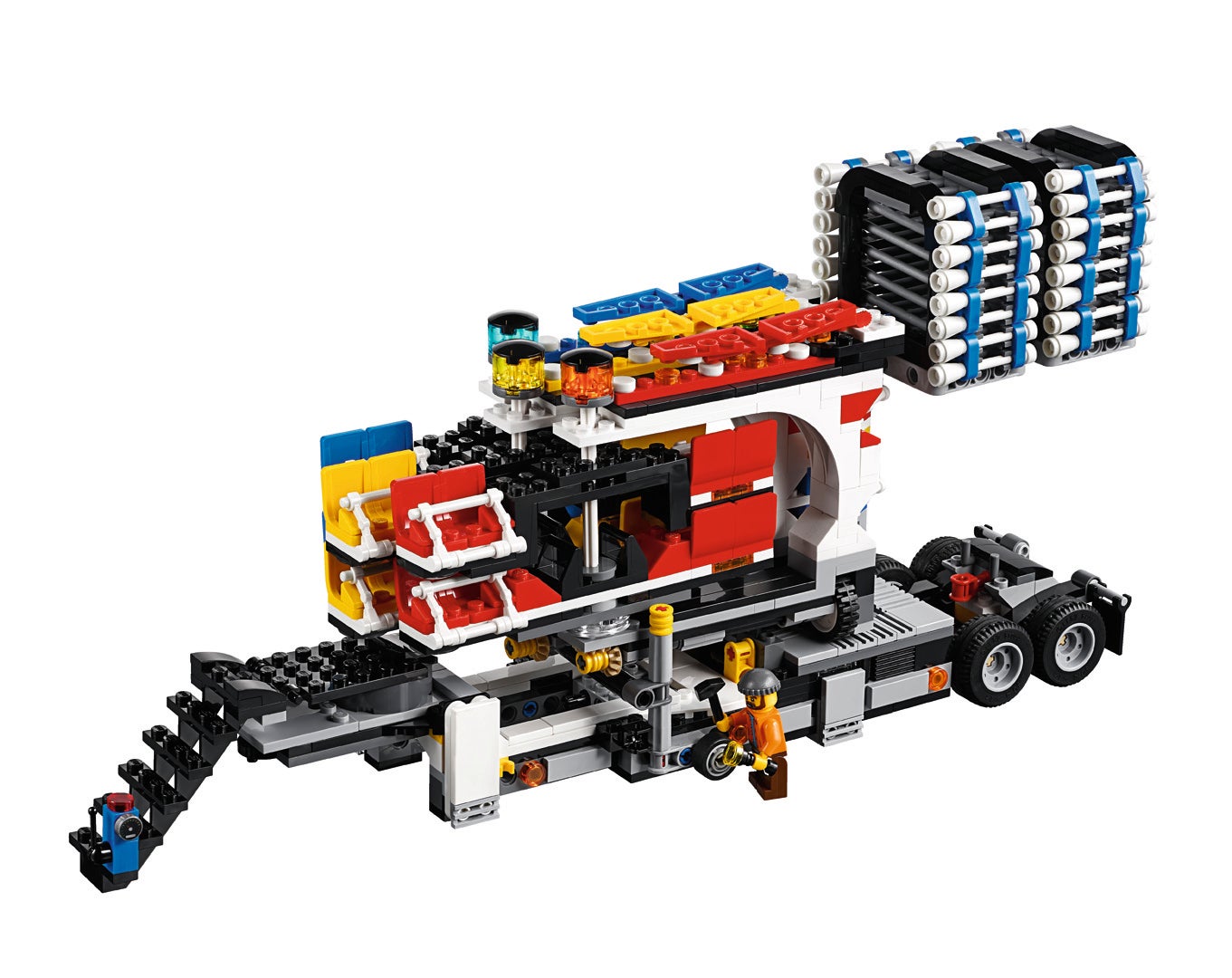 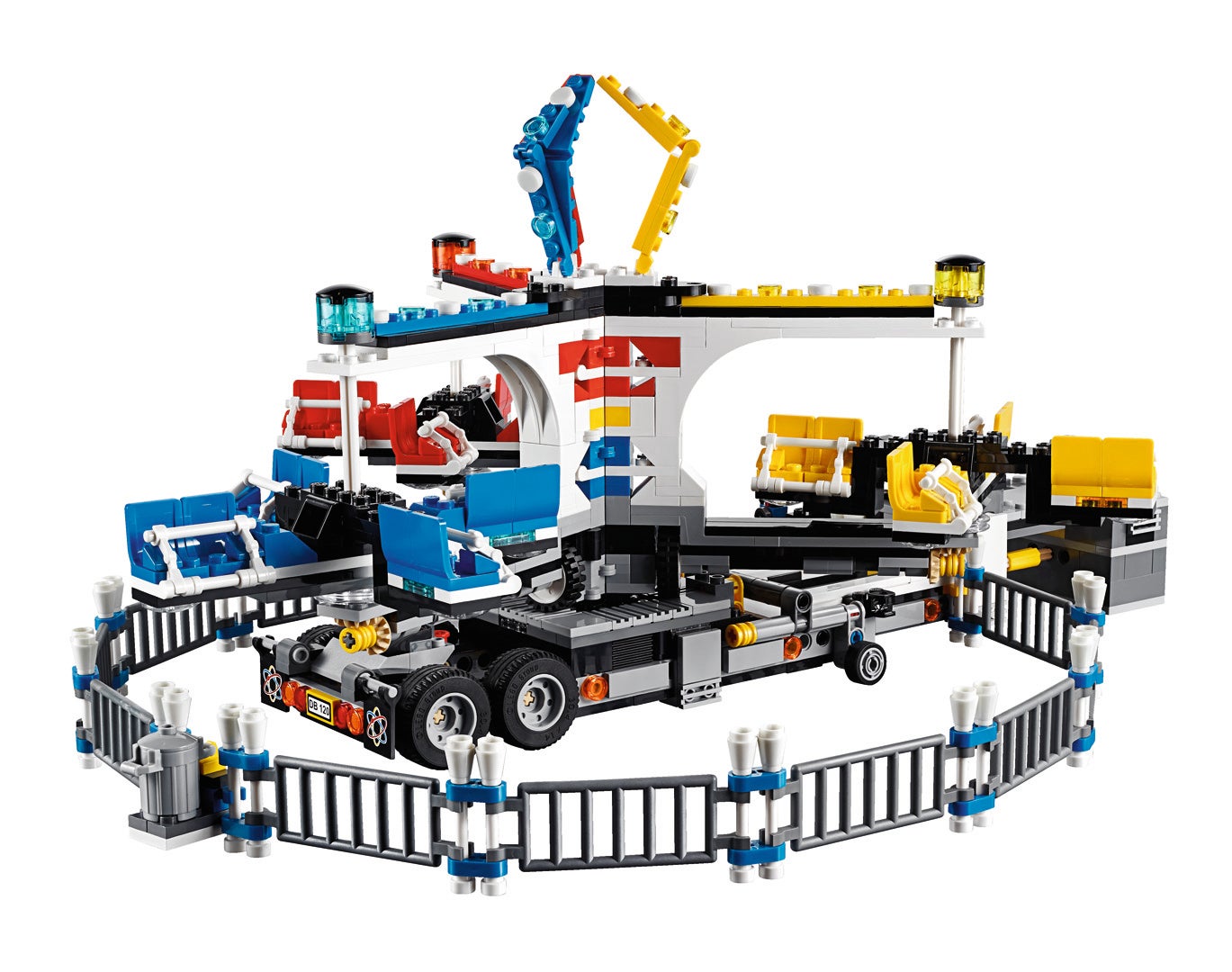 …and you have the Mixer, a hand-crankable ride that the Technic-savvy can hook up to an electric motor for extra-added fun. Please keep your tiny yellow head and arms inside the Mixer at all times, except for Bill Jr. — he’s a daredevil. In case you didn’t get that last reference, it’s from a lovely Dead Milkmen song called “Stuart”.

I first became aware of this about ten years ago, the summer my oldest boy, Bill Jr. died. You know that carnival comes into town every year? Well this year they came through with a ride called The Mixer. The man said, “Keep your head, and arms, inside the Mixer at all times.” But Bill Jr, he was a DAAAREDEVIL, just like his old man. He was leaning out saying “Hey everybody, Look at me! Look at me!” Pow! He was decapitated! They found his head over by the snow cone concession.

All very cool attractions, but my very favourite piece in the whole set is this guy right here: 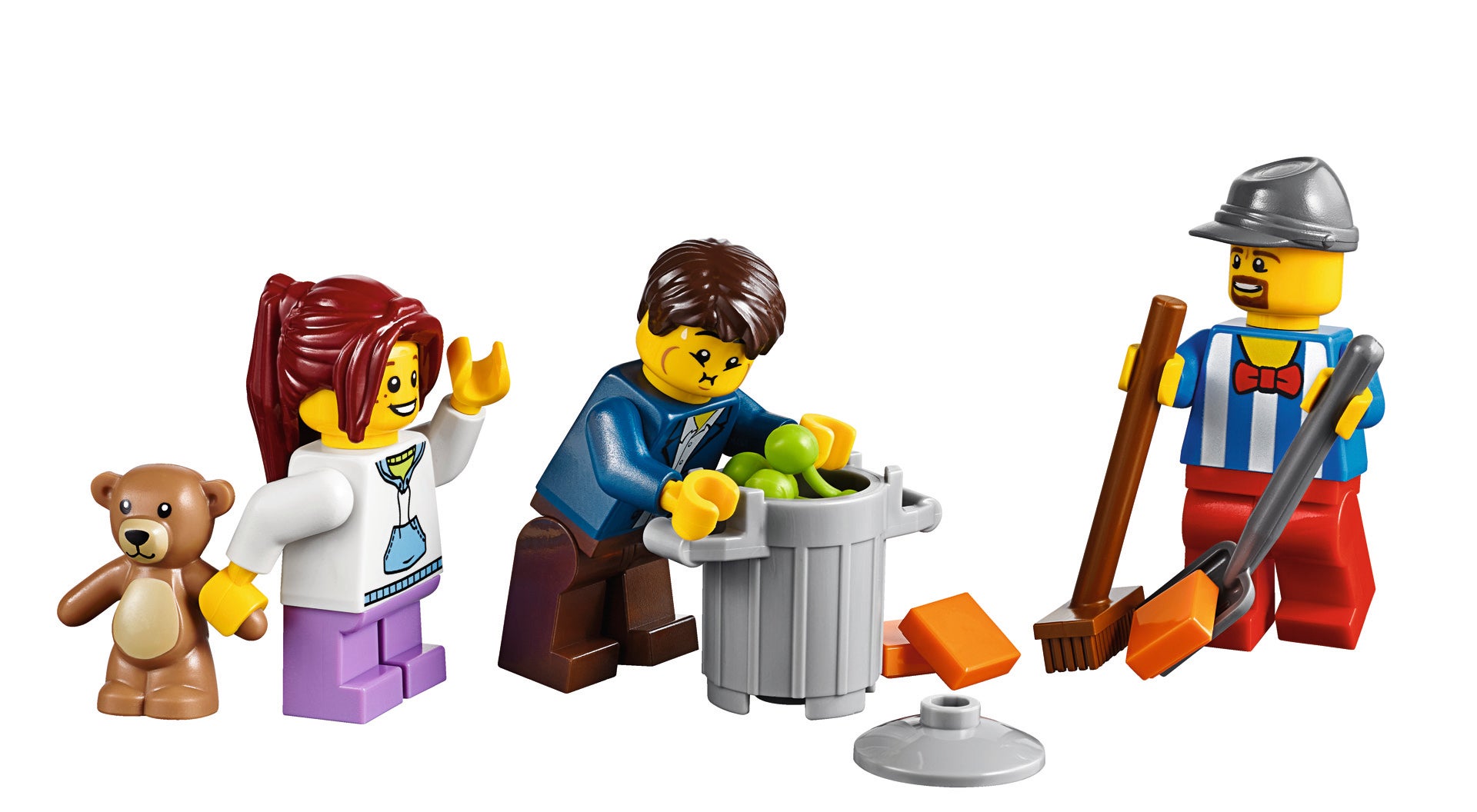 With 1746 pieces (including 12 Minifigs), the LEGO Fairground Mixer is sure to cost more than five dollars, but less than one thousand. Oh wait, here it is, right in the press release — $US149.99. It will be available starting in June directly through the LEGO Shop online or at LEGO retail locations, so the LEGO gift card my parents gave me for my birthday next week might have to stay in the wallet a bit longer, dammit.In the meantime, let’s look at pretty pictures. 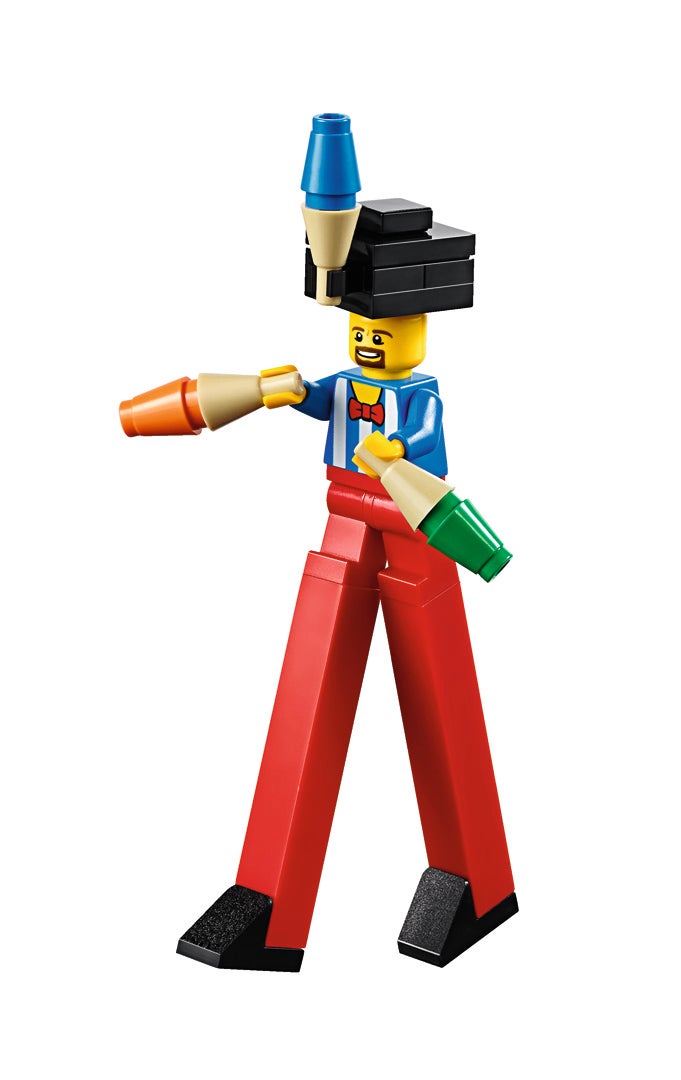 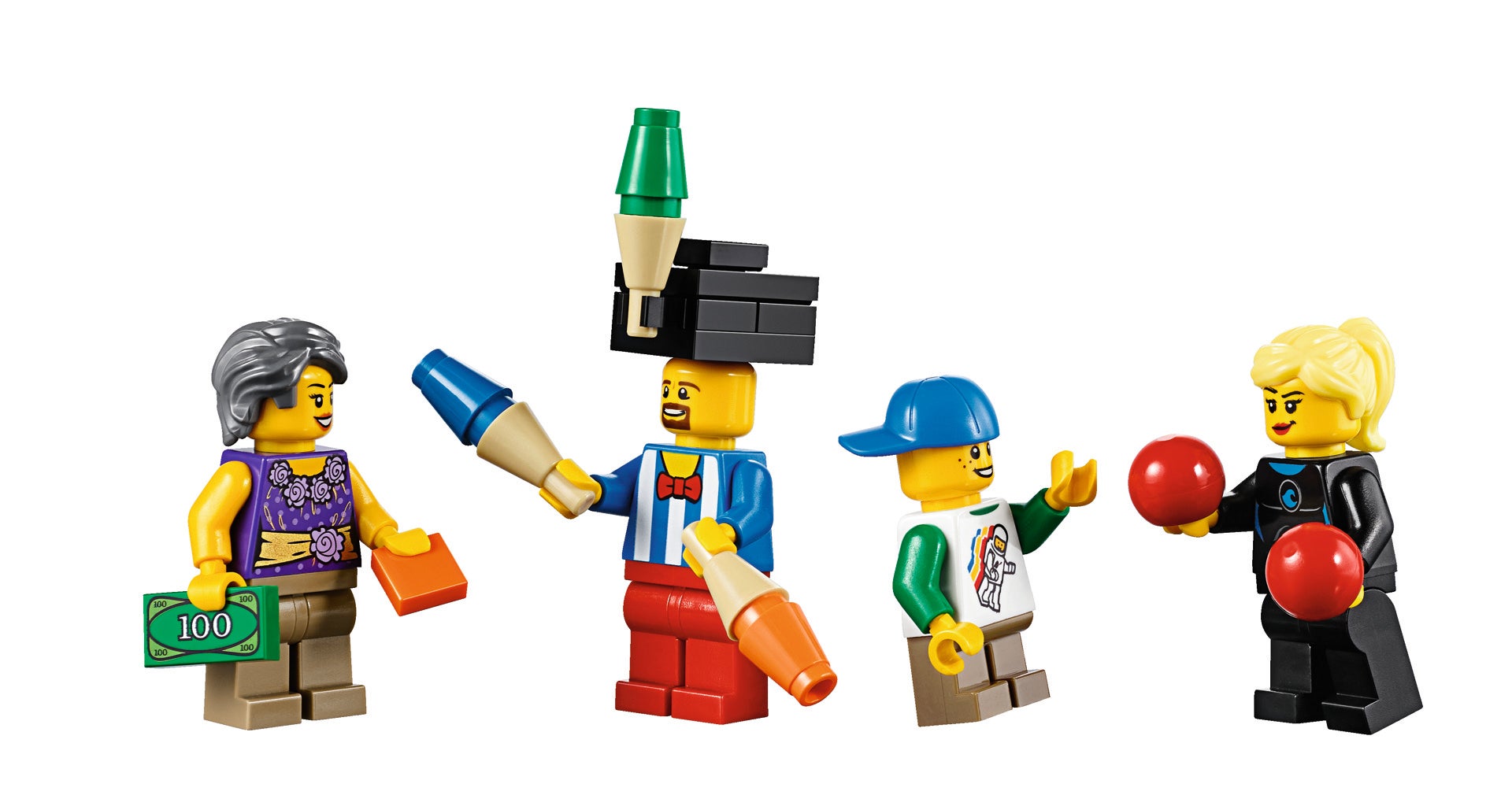 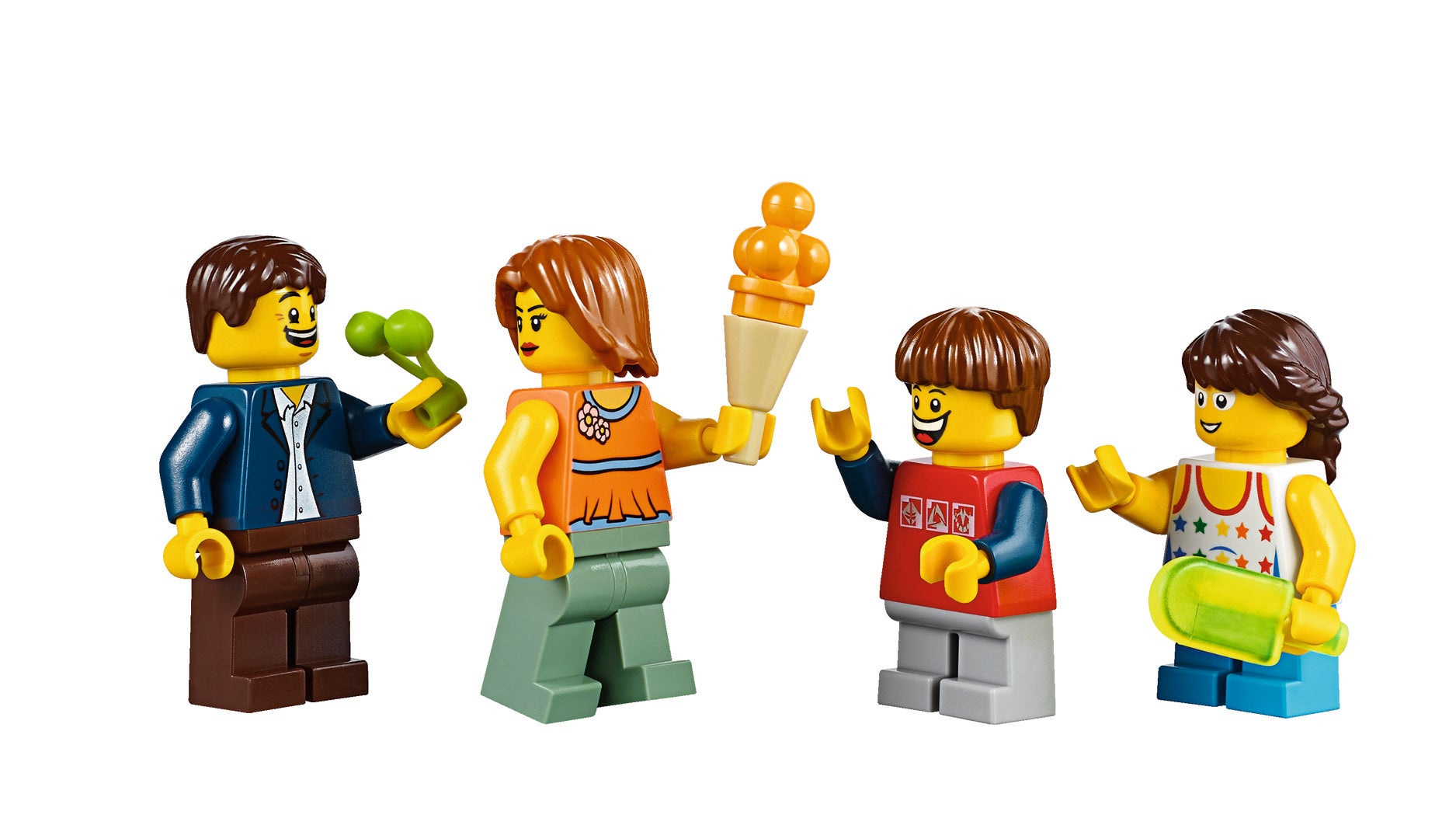 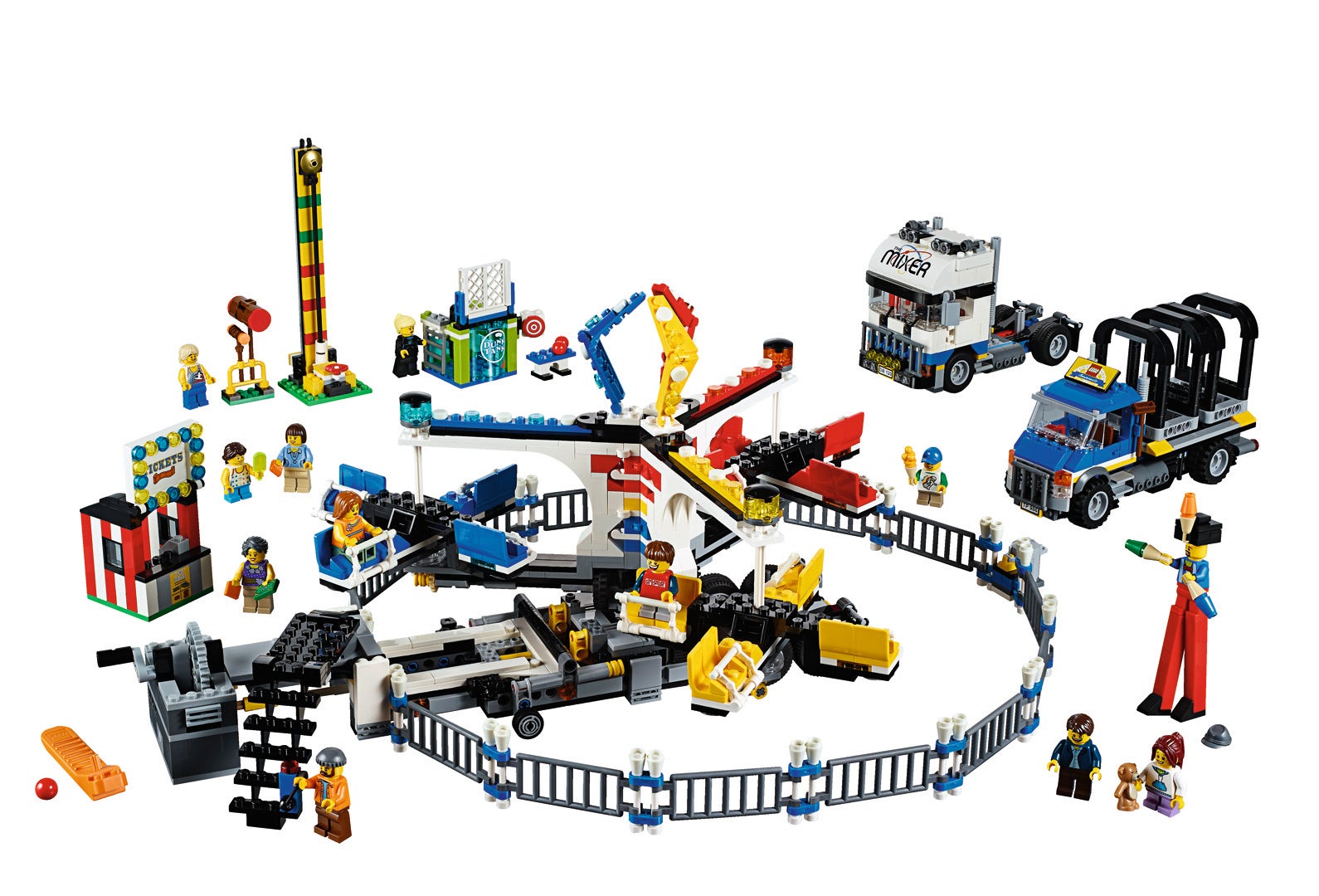 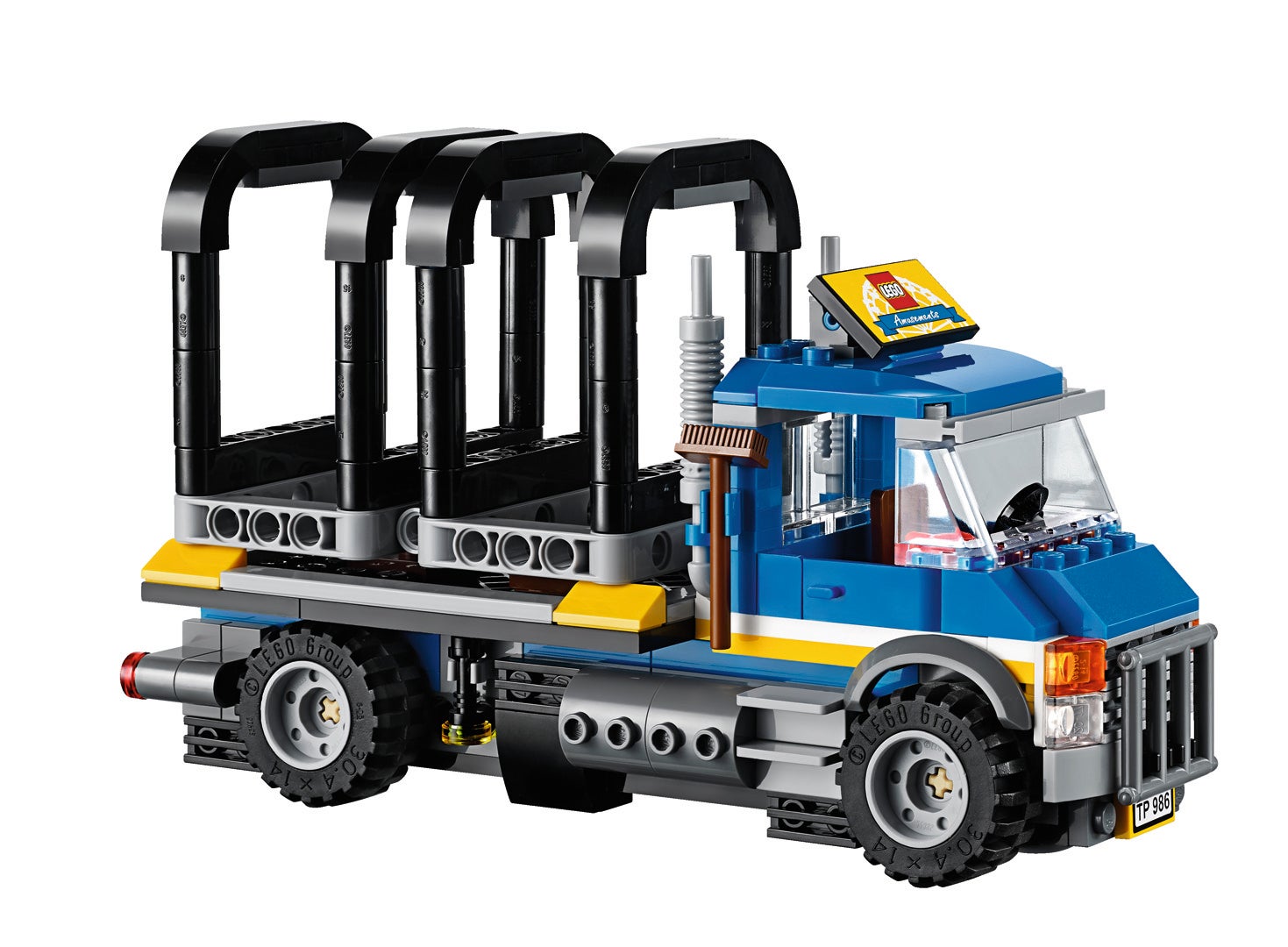 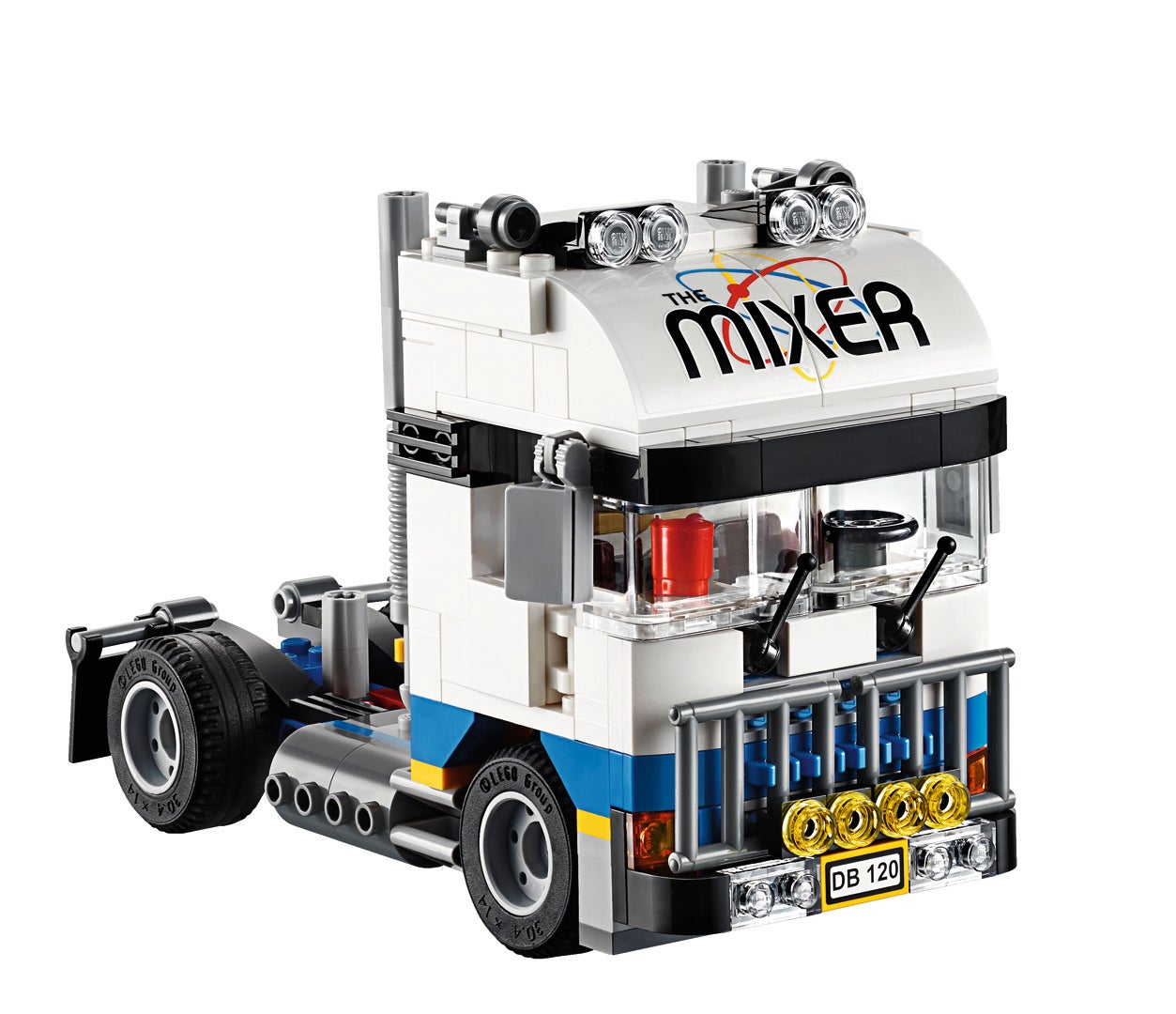 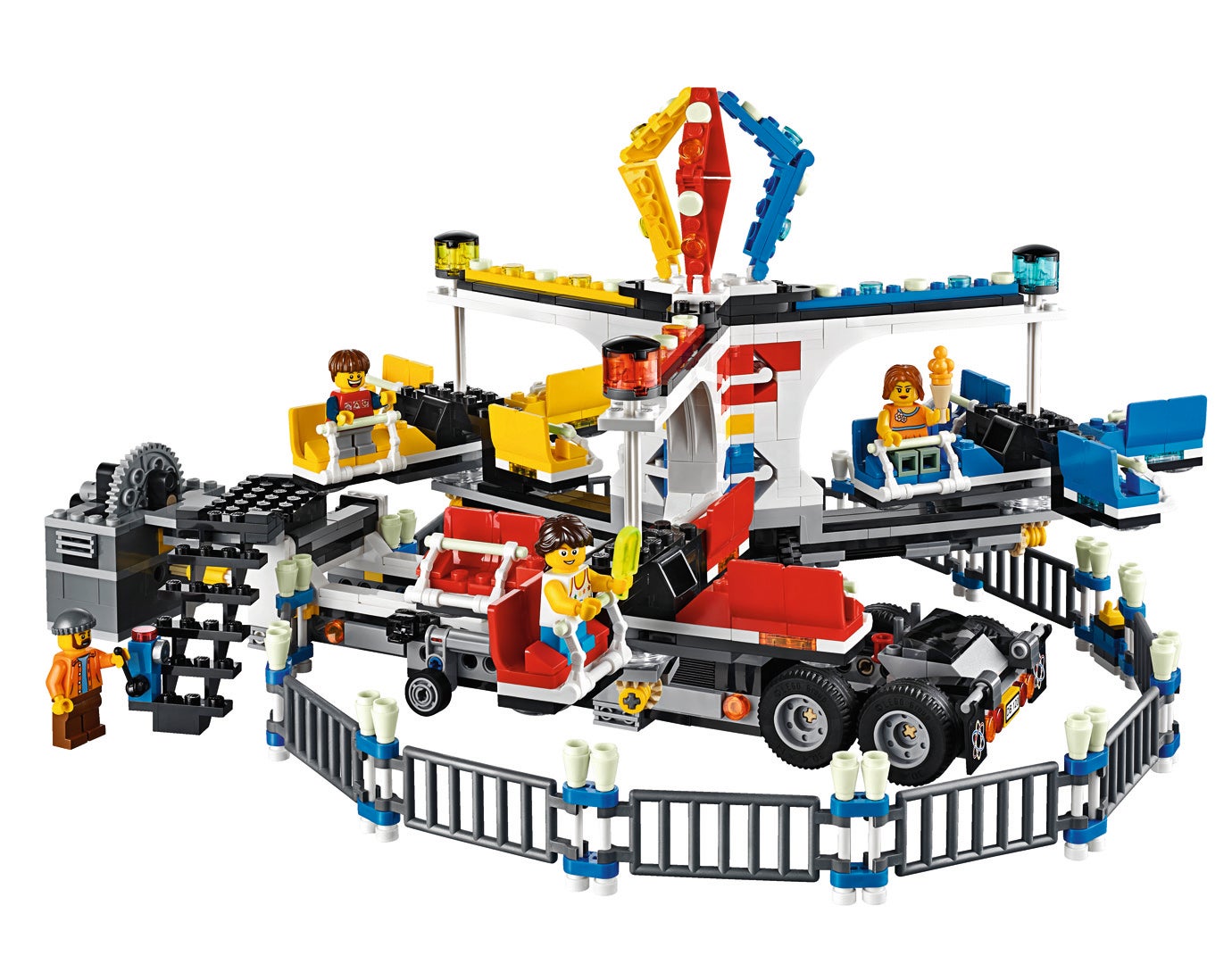 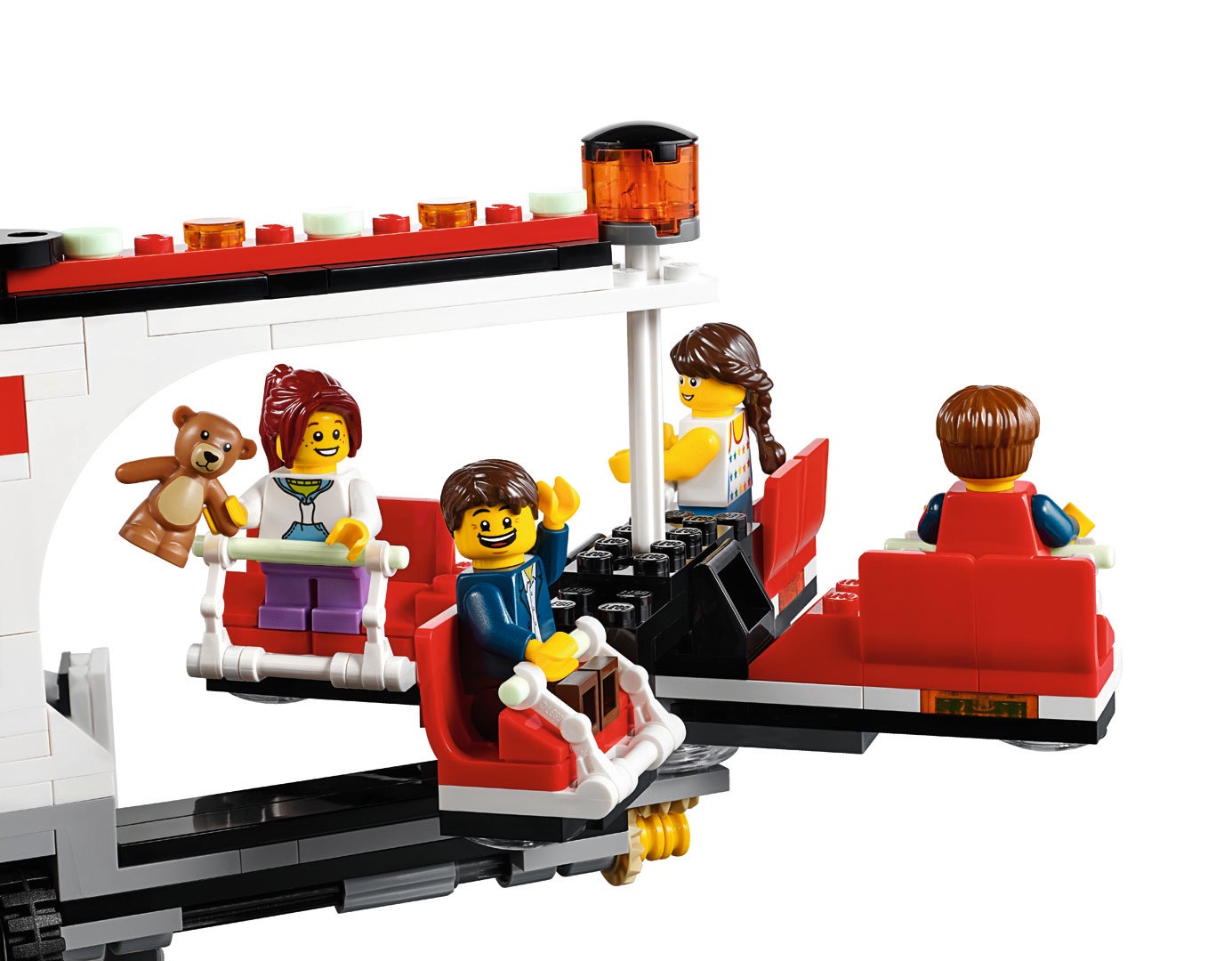 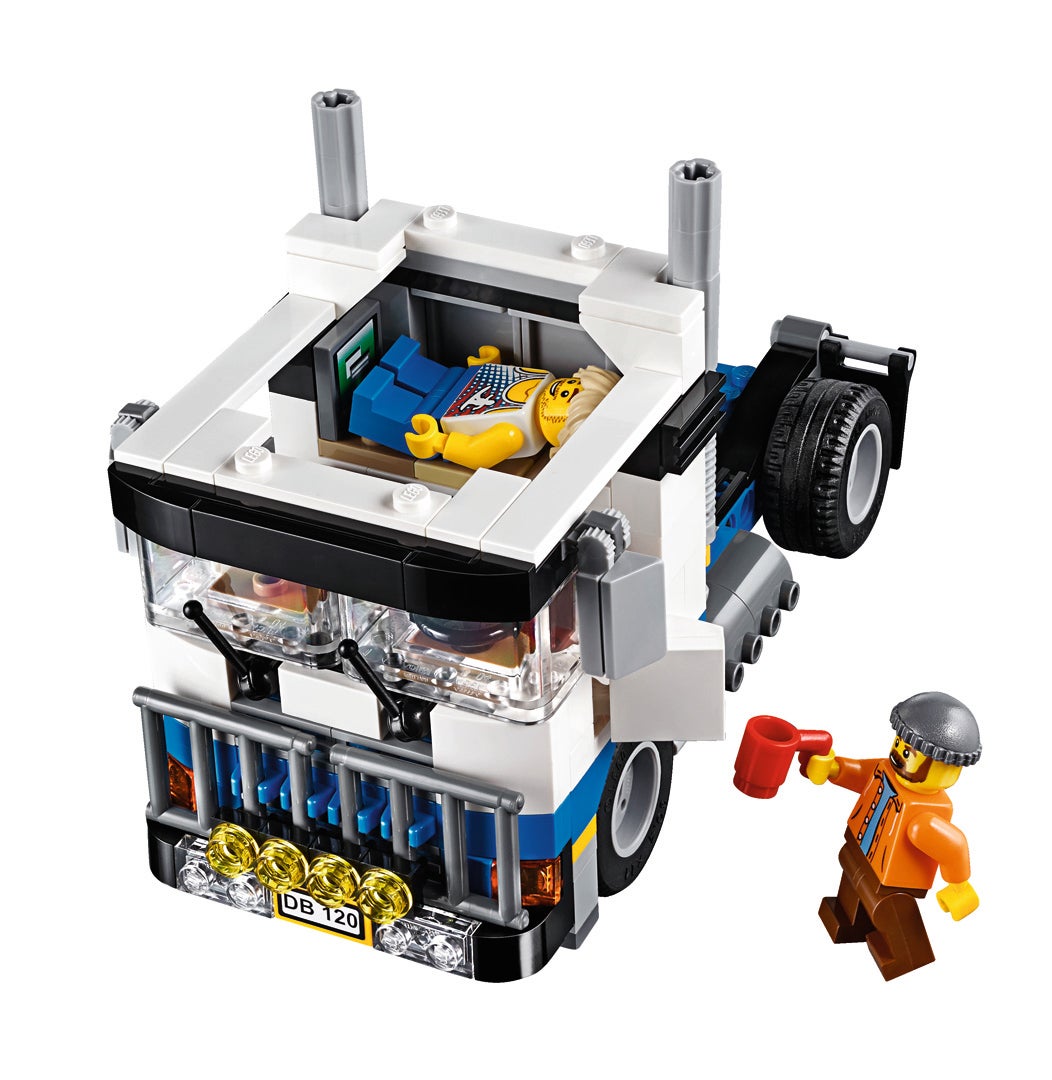