A Hidden Sex Joke Found In Attack On Titan, It Seems 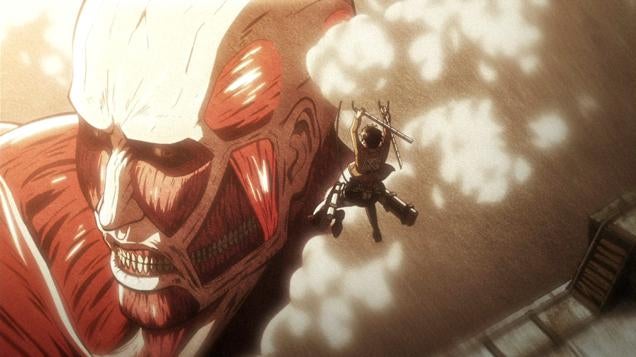 Inside jokes are not new to manga and comic books. They are, however, sometimes amusing and often immature. Nothing wrong with that!


Online in Japan, folks are saying a recent issue of manga Attack on Titan has a lewd ditty.

Originally a manga, Attack on Titan has spawned a hugely popular anime (above) as well as video games.

Here is the manga panel in question. It is from Chapter 57 of the Attack on Titan manga, which went on sale earlier this month. See the lewd gag? 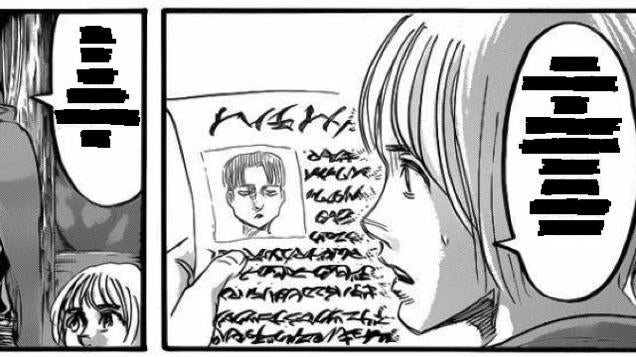 (Note: Kotaku censored to the above dialogue to avoid revealing spoilers.)

According to Japanese site Yaraon, you need to flip the manga upside-down to see some sloppy katakana script. The text is messy and difficult to make out, yes, but below is a transcript of what it seems to say, courtesy of Yaraon: 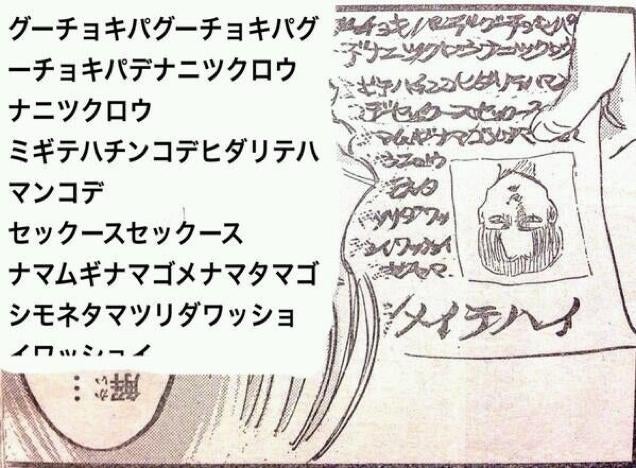 This is a lewd version of the Japanese children’s song “Gu Choki Pa” (Rock, Scissors, Paper), which is song to “Are You Sleeping?” Part of the above text translates as:

What shall we make?

What shall we make?

Dick in your right hand

Pussy in your left hand

Below that, there is a common Japanese tongue twister: “Nama mugi, nama gome, nama tamago” or “Raw wheat, raw rice, raw egg.” After that, it says, “The dirty joke festival, heave-ho, heave-ho.”