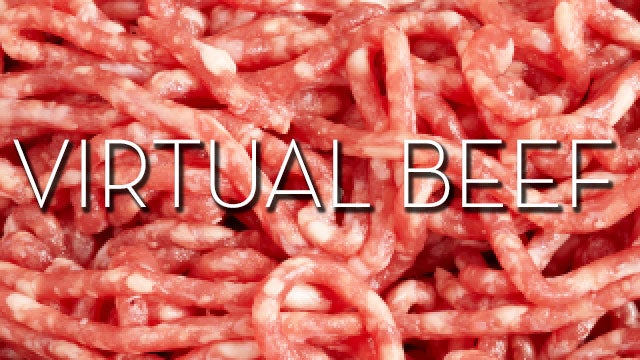 Oculus, makers of the Oculus Rift VR headset, and ZeniMax, owners of studios like id and Bethesda, are heading to court. It is going to get messy.

ZeniMax is pissed, and in its case has presented a long, long list of grievances it has with Oculus Rift, boss Palmer Luckey and former id boss, now Oculus employee John Carmack.

Here are some of the highlights from ZeniMax's filing, which do their best to paint ZeniMax's tech as the Rift's saviour, Luckey as a bumbling rookie and Carmack as a shady benefactor. Note that perhaps the most interesting point is ZeniMax's claim that Oculus wanted them to make exclusive games for the Oculus Rift, something that's now obviously never going to happen.

In April 2012, Carmack discovered through an Internet forum that Luckey had assembled a primitive headset that Luckey called the "Rift." Up to that point, Luckey — then acollege-age student — had been trying to develop an improved 3D-display device. But,not withstanding multiple prototypes and discussions with fellow 3D and virtual reality enthusiasts, Luckey never developed a viable display, and lacked the technical expertise to create one.

At ZeniMax's offices, Carmack evaluated, analysed, and began modifying the Rift prototype using ZeniMax's VR Technology. At that time, the Rift was a crude prototype. Little more than a display panel, it lacked a head mount, virtual reality-specific software,integrated motion sensors, and other critical features and basic capabilities needed to create a viable product.

Carmack made breakthrough modifications to the Rift prototype based upon years of prior research at ZeniMax.

As a result of their years of research, and months of hard work modifying the prototype Rift to incorporate ZeniMax's VR Technology, Carmack and others at ZeniMax transformed the Rift from $US500-worth of optics into a powerful, immersive virtual reality experience. ZeniMax's modified Rift featured the "Holy Grail" combination of specially-tailored hardware and innovative software. Both are necessary to create an optimal user experience.

On July 26, 2012, Luckey again asked for ZeniMax's help with the Kickstarter video, specifically asking Carmack to provide a clip "talking about the Rift/VR in general/whatever else you think would be a great thing to have." Luckey further acknowledged:"Your reputation has really helped the credibility of this project, and having that credibility in thevideo would make a big difference for alot [sic] of people." Carmack declined Luckey's requestto appear in the Kickstarter video.

At about that same time, Carmack advised Luckey: "It is very important that you NOT use anything that could be construed as Zenimax property in the promotion of your product. Showing my R&D testbed with the Rage media would be bad, for instance."

The Kickstarter video also identifies "ultra-low latency head tracking" as "the magic that sets the Rift apart." According to the video, "[o]ne of the biggest problems with virtual reality up to this point is latency. The benefit of the Rift is that it is designed to be reallyreally low latency." The low latency head tracking highlighted in the Kickstarter video refers toZeniMax's VR Technology

During the summer of 2012, Defendants also used ZeniMax's VR Technology to demonstrate the modified Rift to potential investors in Oculus. As reported in the Wall Street Journal, Oculus's current Chief Executive Officer, Brendan Iribe, met Luckey in a Long Beach,California hotel room, where Iribe was "transported to a three-dimensional view of a room from 'Rage,' a sci-fi shooting game. RAGE is a video game developed and owned by ZeniMax. Shortly thereafter, Iribe and at least one of his associates became founding members, investors, and/or officers of Oculus.

At QuakeCon, Oculus, lacking sufficient virtual reality expertise, could not get the modified Rift to function properly without ZeniMax's technical assistance.

On October 19, 2012, ZeniMax made a counter-proposal to Oculus, agreeing to provide on-going support, including much of the support requested by Oculus, as well as a licence to ZeniMax's VR Technology that had been disclosed pursuant to the Non-Disclosure Agreement. In return, ZeniMax asserted its rights to a larger share of equity in Oculus to reflectZeniMax's past and continuing contributions.

On November 13, 2012, Oculus responded to this counterproposal, asserting that ZeniMax's proposal "is so far out of the ballpark, we're left wondering if there's any hope."

Rather than compensate ZeniMax for the use of its intellectual property, Defendants then sought to obtain additional virtual reality know-how by recruiting ZeniMax employees, including Carmack, to join Oculus.

It just goes on. And on. And on. As will, no doubt, this lawsuit. While these are excerpts, you should really read the whole suit (it's at the bottom) if you want to be totally up-to-speed.