In Defence Of E3 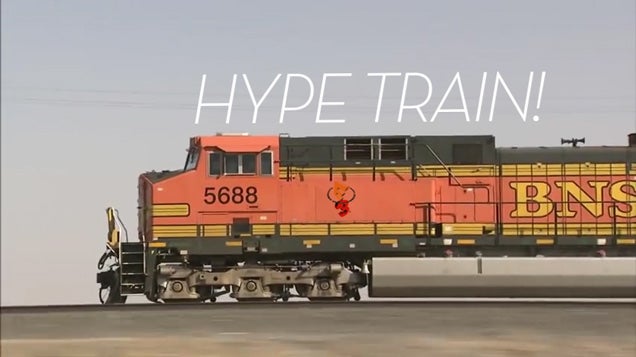 A few weeks ago, I realised something strange and kind of disconcerting: I enjoy E3 press conferences more than actually playing video games.

I know. I know. E3 is just one big marketing blob, a neon potpourri of dubstep and shooters where executives talk like robots and mega-publishers compete over who has the shiniest guns. Some of my colleagues have given up on the show entirely; others regularly dread having to spend a whole week in a sweaty convention center, filing stories and trying to convince video game executives to say interesting things. E3 is fake trailers and faker people. It's tough to blame anyone for hating the whole damn thing.

Yet here I am, counting down the days, eagerly anticipating Press Conference Christmas the way I might wait for the next Game of Thrones book. The anticipation is thrilling.

Let me tell you a brief story. Last year around this time, I was sitting in the fourth row of Sony's big conference, watching the people behind PlayStation brag about how much they love indie games. The air was electric, not with that fake "we're at E3 and things are loud!" energy but with the sort of surreal vibe you can only get when you're surrounded by thousands of people who are legitimately excited about a new black box that plays video games. People were gathered to worship at the altar of Sony, and something about that was simultaneously creepy and exhilarating.

I was sitting next to fellow Kotaku-ites Kirk Hamilton and Chris Person. The aisles were narrow, and we'd all have to get up to move our stuff every time someone wanted to walk through. A few rows behind me, HipHopGamer — a staple attendee at these things — was hooting and hollering like he'd just watched his football team win a Super Bowl for the first time in 40 years. "Sony, Sony, Sony!" he chanted.

Square Enix took the stage. Tetsuya Nomura started speaking on video. He was here to show a next-gen Final Fantasy game, he proclaimed. He was sorry for making us wait. I wanted to say something snarky, but instead I just got chills. "Holy shit," I said to Kirk. "This is amazing. So is this still Versus? Are they still calling it Versus? Holy shit. I called it, though. New Final Fantasy. Holy shit."

That last little bit at the end of the trailer made me want to stand up and applaud, though in the interest of journalistic integrity, I kept myself constrained to elbowing Kirk a few times in giddiness. I mean, holy shit. Final Fantasy XV! Fifteen! Forget Square Enix's recent missteps, and the alarming insularity of Japanese video game companies, and the fact that this was just kind of a remix of that old Versus trailer from years ago. This was a new Final Fantasy.

I mean, here we were seeing a slick new trailer for the fifteenth entry in a series that has been a huge part of my life for the past two and a half decades. In many ways, Final Fantasy has shaped who I am. And even though it quickly became clear that we might not see the fifteenth Final Fantasy for years, there was something special about watching the new announcement live, about experiencing that surprise and immediately anticipating something new. I couldn't wait to start gobbling up morsels of info, to start counting down the days until I could actually play this thing. It was all I could talk about for the rest of the week.

A year later, we've heard nothing more about the game that was once Versus, but the end of that trailer still gives me chills. Somehow, anticipating and waiting for Final Fantasy XV — a game we know next to nothing about — has become more fun than playing any of the games I actually have. Those sealed, untouched games on my bookshelf? Old news. Boring. I want to watch trailers and get excited about this Hot New Thing.

That's what it's all about, right? The anticipation. The surprise. Every year during E3, we get to see a whole host of press conferences full of all this new stuff. Sure, those trailers might be totally fake, spackled with Marketing Goop that makes them all seem cooler and more interesting than their games ever will be, but goddamn if I don't love that adrenaline rush that will pop up when Satoru Iwata prepares to show off the next Zelda, or when Phil Spencer comes back out to say "one more thing..."

When I pick up a video game these days, I pretty much know what to expect. Months of PR cycles, trailers, and press coverage tend to strip the surprise from games, and, hell, sometimes it's my job to ruin companies' surprises. (As a reporter, reconciling my love of legitimate surprises with my desire to dig up information about games has been something of a unique struggle.)

So it's not much of a stretch to point out that there's something more fun about experiencing something new through a trailer or press conference or Nintendo Direct than there is in actually playing a game. These big loud information blasts we see on screen at E3 might be pure marketing, but hell, sometimes marketing is just plain fun to watch. Sometimes there's something thrilling about embracing fakeness and getting excited over things that are too good to be true.

Take Watch Dogs, for example. In 2012, Ubisoft wowed everyone at their press release with a surprise reveal of a new, totally original IP called Watch Dogs. We were blown away. Not only did it look shinier and more realistic than any game we'd seen before, it seemed interesting and unusual and — for once — it seemed like a video game about something more than just guns and cars.

Of course, over the next two years, we'd find out that Watch Dogs is indeed just a game about guns and cars, and although plenty of people are enjoying it, today Ubisoft's big E3 surprise feels like nothing more than Just Another Video Game. Those graphics were just a target render; the hacking was just something to do between the guns and explosions. Maybe Watch Dogs 2 will be better.

But even when the trailers and reveals are fake, the moments are still real. Ubisoft might have had a hard time meeting our expectations for Watch Dogs, but that E3 moment will always stick with us, and memories of watching that trailer blow people away live, in real time, might be more fun than any time we actually spend playing the game. Even if Final Fantasy XV is a disappointing microtransaction-stuffed mess, we'll always have E3 2013, and we'll always have new moments to remember and games to anticipate.