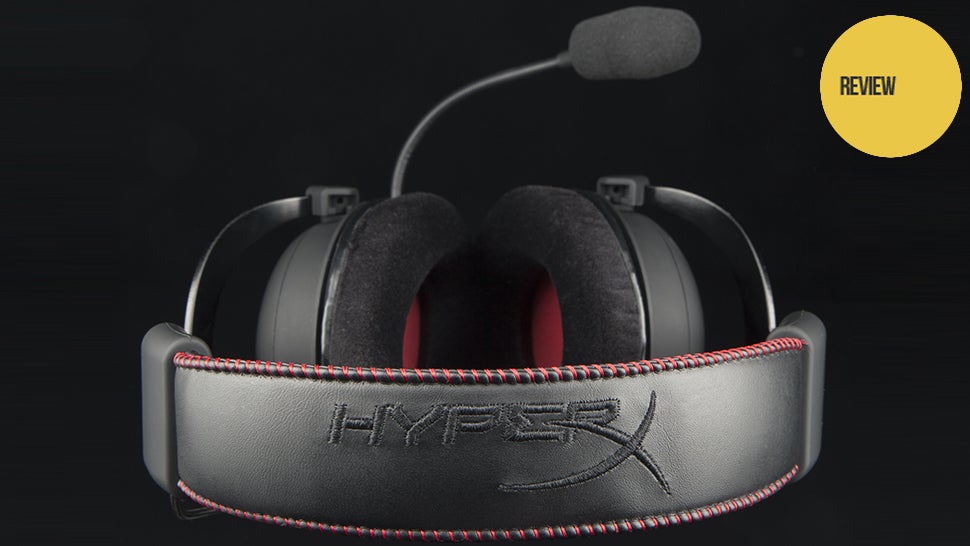 When one thinks of Kingston Technologies, memory and storage are what immediately come to mind. The Kingston HyperX Cloud Gaming Headset is a step towards adding high-quality game audio products to that list. How'd they do?

The HyperX Cloud Gaming Headset from Kingston is a device that people can place upon their skulls in order to have sound delivered directly to their ears from any device that supports such devices — mobile phones, computers, PlayStation 4s, Xbox One's with stereo adapters and Zunes.

The HyperX Cloud is the result of a collaboration between Kingston and Swedish peripheral maker QPAD, to the point that I'm pretty sure it's just a slightly tweaked version of one of the latter company's existing products. That said, QPAD makes some lovely headsets, making the HyperX Cloud much more pleasing than the results of Kingston's previous partnership with SteelSeries. 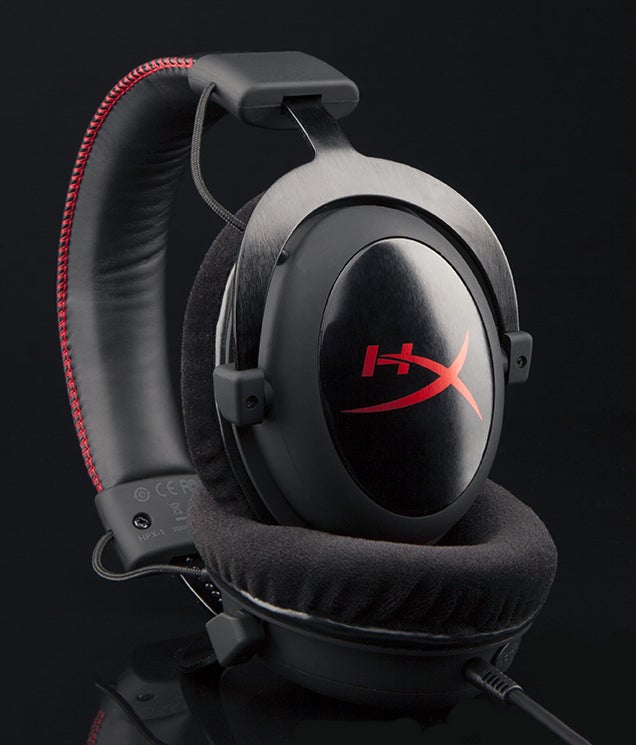 Crafted from aluminium and leather and painted black and red, the HyperX Cloud is solid without being overly-heavy. That splashy "HX" on the sides gives their gaming focus away, but not obnoxiously so.

The unit's default cable is a one meter mic/headphone split cable, with a two meter extension complete with volume and mute controls and a phone adaptor included in the box. Also in the box are an additional pair of ear cups — users can swap between leatherette and velour — the detachable microphone, and a travel bag. 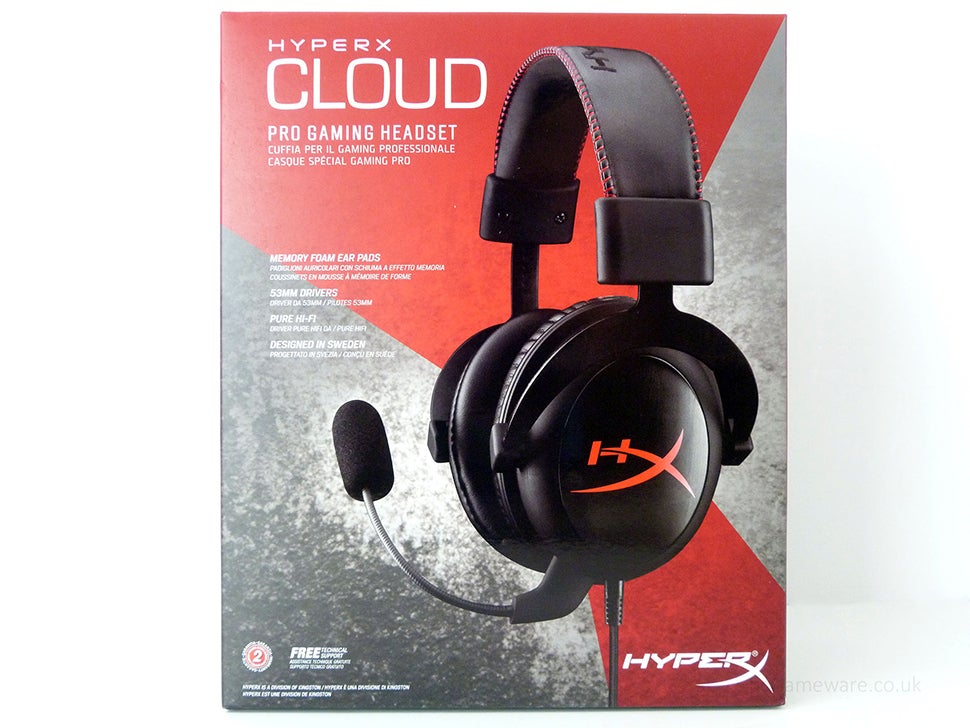 I used the HyperX Cloud to put sound into my ears. Mainly PC game sound across three different computer systems, two desktops and a gaming laptop. I've used the headset for Skype calls, while broadcasting to Twitch and while watching streaming video on my Kindle Fire HDX. I also fiddled with the unit on my PlayStation 4 — still haven't picked up that Xbox One stereo adaptor.

Durability: A headset in my office has to be durable. My floor is a tangled mess of cables, and should another cabled thing fall from my desk to join the party, chances are I will not notice it until I run it over with my chair. I only ran over the HyperX Cloud mildly, but I did manage to get the braided cable wrapped around one of my chair wheels. More importantly, I got it unwrapped without tearing it out of the socket. Many a leser headset have died in this fashion, but not this one.

Comfort: I am a bald man, and in order for something to rest atop my bald head for any extended period of time, it must be sufficiently padded. The HyperX Cloud's leather and foam headband is my new best friend. Coupled with the relative lightness of the unit, hours upon hours of comfortable wear were easily achieved. The memory foam ear cups don't hurt either.

Passive Noise Cancellation: With the unit's leatherette cups installed (I prefer them over the velour, but appreciate having the choice), someone — say my wife, for instance — can talk to me for minutes at a time standing five feet away, and I will not hear a word she says. That's with music or a game running, mind you, but those are the best times to not hear other things. Big plus.

Versatility: Since I game on a wide variety of devices, the ability to split a long-arse cable into a more modest length is a wonderful thing. The one meter standard cable is perfect for laptop use, while extending that to three meters with the extension gives me some room to move around the office without violently tearing the plugs out of my PC's audio jacks. I also love a detachable microphone — otherwise I get nightmarinsh tech support flashbacks.

Oh Yeah, The Sound: The HyperX Cloud converts electrical waves into audible sound very nicely. The dynamic range is clear, the bass tonal without distortion at even the highest volume levels.The stereo panning is adequate for gaming, though I downloaded Razer Surround for a little faux surround sound magic. Overall I was quite pleased with what I heard — it's definitely on the high end of $US99 range headsets.

That Microphone Buzz: While clear enough for VOIP communication, the HyperX Cloud's microphone proved inadequate for voice recording, as it seems to be in the midst of a torrid love affair with anything that makes a low buzz or hum. Things like air conditioning, or refridgerators, or your PC — all of these things, the HyperX Cloud wants to hear and share.

Who knew Kingston Technologies, masters of memory and storage space, had a knack for creating gaming headsets? Play, so technically they don't, but they have a keen eye on which headset manufacturers to team up with in order to place their name on an excellent, versatile $US99 gaming headset, so they get the points anyway.

The HyperX Cloud Gaming Headset is durable, comfortable, and delivers amazing sound for under $US100. The mic might be a little loud, but when the audio is this good you've just got to hum along. 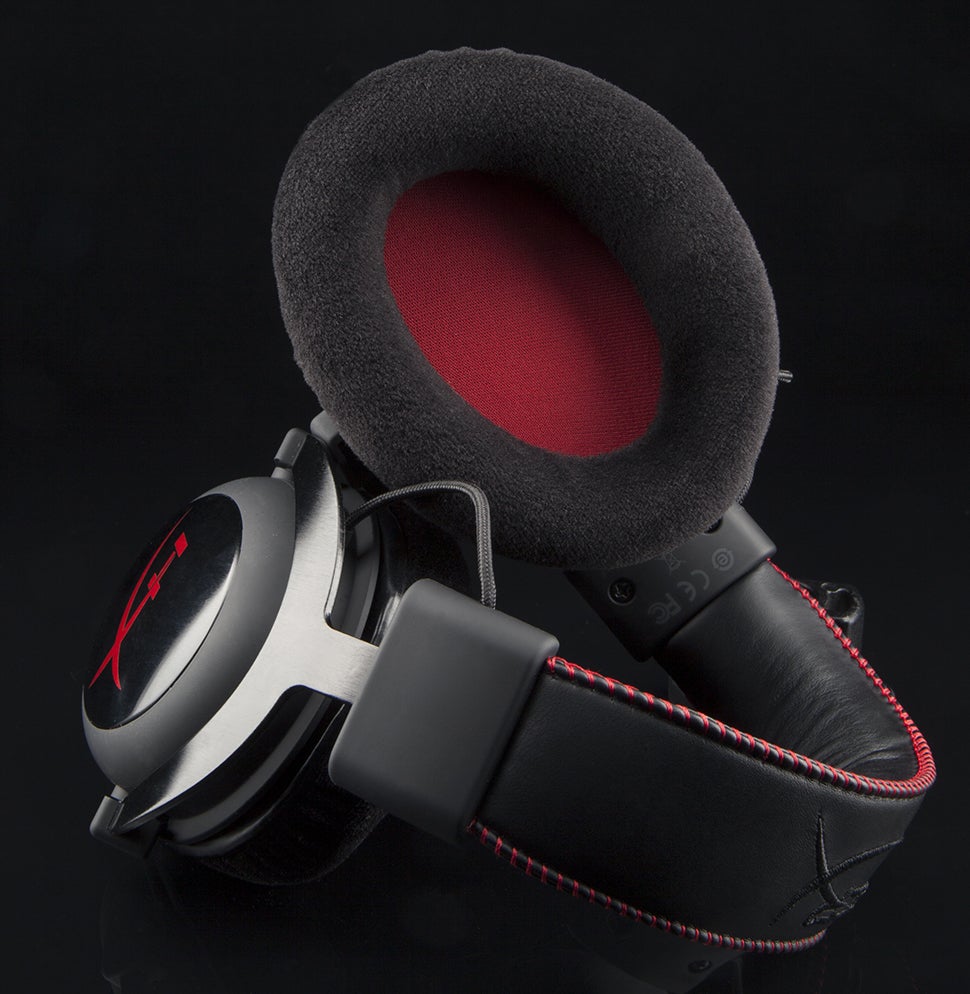 Kingston's HyperX Cloud Gaming Headset is available for $US99.99 directly from Kingston and at various online retail outlets.