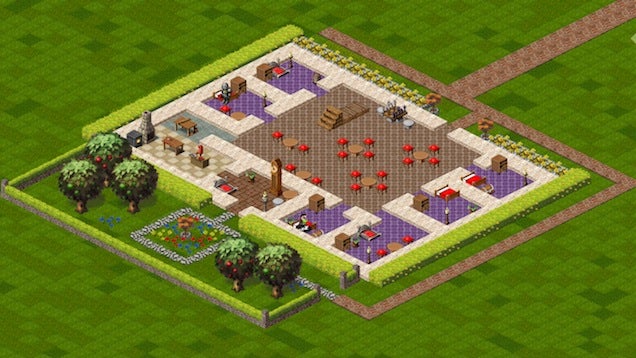 The creators of the PC game Towns have given up on development, choosing to leave the game unfinished for good — even though it's been on sale for the past 18 months and had sold over 200,000 copies as of last year.

The folks behind Towns have no plans to give out refunds to anyone who purchased the city-building game, which has faced development issues for over a year now.

It's yet another cautionary tale for anyone who's considering putting money into a game that's not quite complete. Towns launched on PC in November of 2012 as part of the first batch of games on Steam Greenlight, and even then there were some red flags. Towns was an ambitious undertaking, a game that promised to combine ideas from SimCity, Dungeon Keeper, Dwarf Fortress, and even Diablo, but not all of those ideas had been implemented when it went live.

"Towns is currently in a stable and fully playable state, seeing constant updates and additions of new and exciting features with each coming build," the creators wrote then.

Still, people voted for the game on Greenlight, and purchased it when it came out on Steam for $US15, despite terrible reviews calling Towns buggy and unfinished. "Unless you want to buy an unfinished game and are willing to bite your fingernails off of frustration, don't buy the game," one reviewer wrote in March.

Towns was released before Valve launched the Steam Early Access program, which allows developers to sell unfinished games in "alpha" or "beta" stages with the promise that they will be completed eventually. Unlike those Early Access games, Towns launched with no indication that it was an unfinished product, which has led to reviewers slamming the game on Steam and elsewhere.

Today, development on Towns has officially come to a halt. Lead developer Xavi Canal gave up in February, citing burnout, and handed over the reigns to another programmer, Florian "Moebius" Frankenberger, who called it quits today, saying he wasn't making enough money off Towns to be able to live.

"I'm really sorry," Frankenberger wrote. "I'm quite new to indie game dev and I couldn't really see that the game sales were declining that rapidly. I guess if I had more experience I would have seen it coming..."

Frankenberger went on to talk about a potential sequel — yes, sequel! — writing that they could implement all of their original ideas for Towns in this new form. "Xavi and I were talking about a possible Towns 2," he wrote. "At the moment this is just in an idea stage and we can't really say if he, I or eventually Ben have the time to create a Towns 2. As faithful fans of Towns we would of course reward you in some way, when/if the new game is released."

As expected, many fans are not pleased about this.

And on Steam, people have been accusing the people behind Towns of scamming gamers out of their money:

Towns is still on sale for $US15. As always, be careful what you buy.