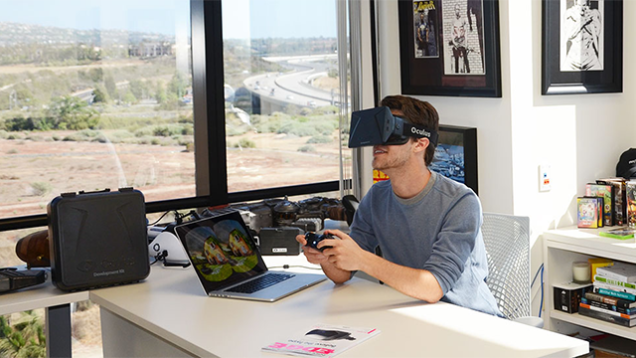 The folks who publish Doom are suing the new employer of the man who helped create it. Following a number of verbal barbs swapped between both companies over the past few weeks, the game publisher ZeniMax announced today that it has filed suit against VR company Oculus for "illegally misappropriating ZeniMax trade secrets relating to virtual reality technology, and infringing ZeniMax copyrights and trademarks."

ZeniMax — which publishes games like The Elder Scrolls and Wolfenstein — says that Doom co-creator John Carmack took technology and information when he left ZeniMax subsidiary id Software for Oculus last year. ZeniMax also wrote in a press release today that its "intellectual property has provided the fundamental technology driving the Oculus Rift since its inception".

Oculus, the company that makes that much-hyped Oculus Rift virtual reality headset, was purchased by Facebook earlier this year for $US2 billion.

Here's the full press release sent out by ZeniMax today (emphasis ours):