Nintendo Takes Over South Korea With Its... McDonald's Toys 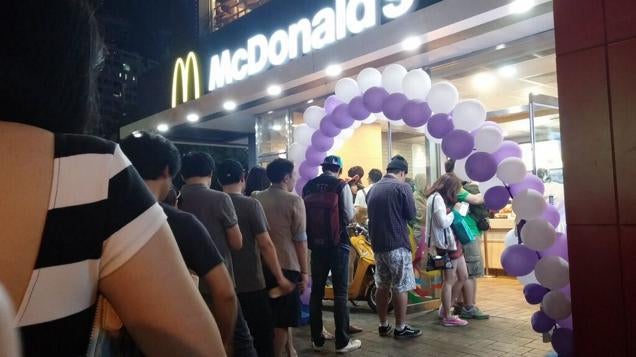 Here are numerous pics of folks in South Korea lining up early this morning for the second wave of McDonald's Happy Meal toys that were released today in the country. 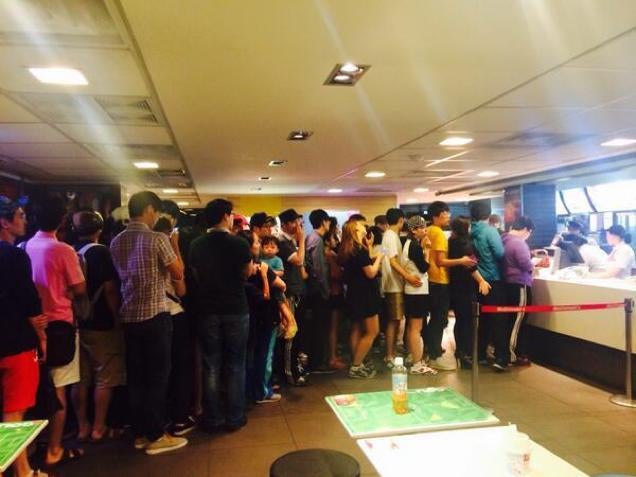 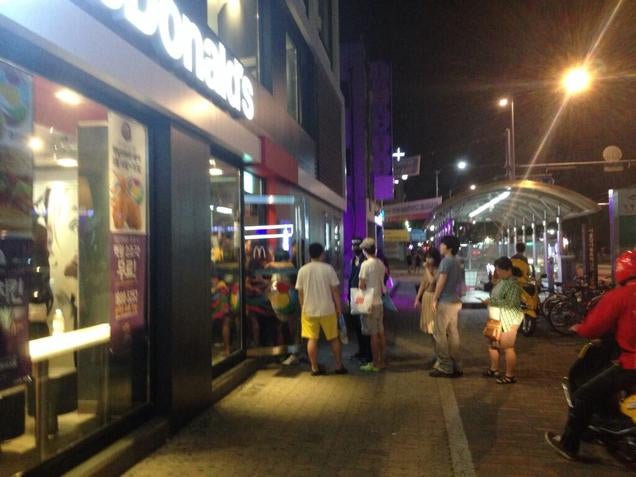 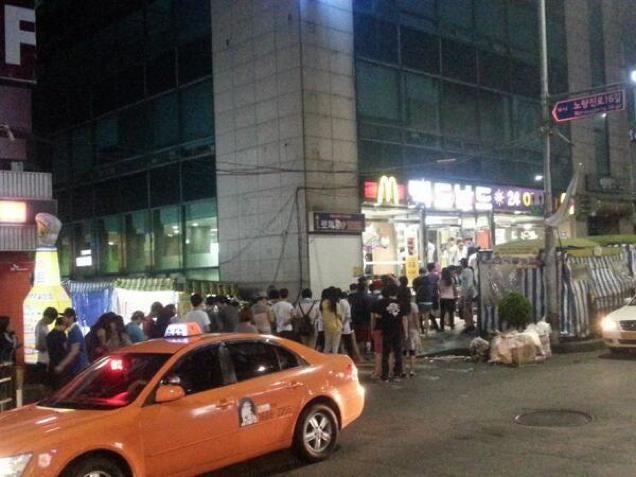 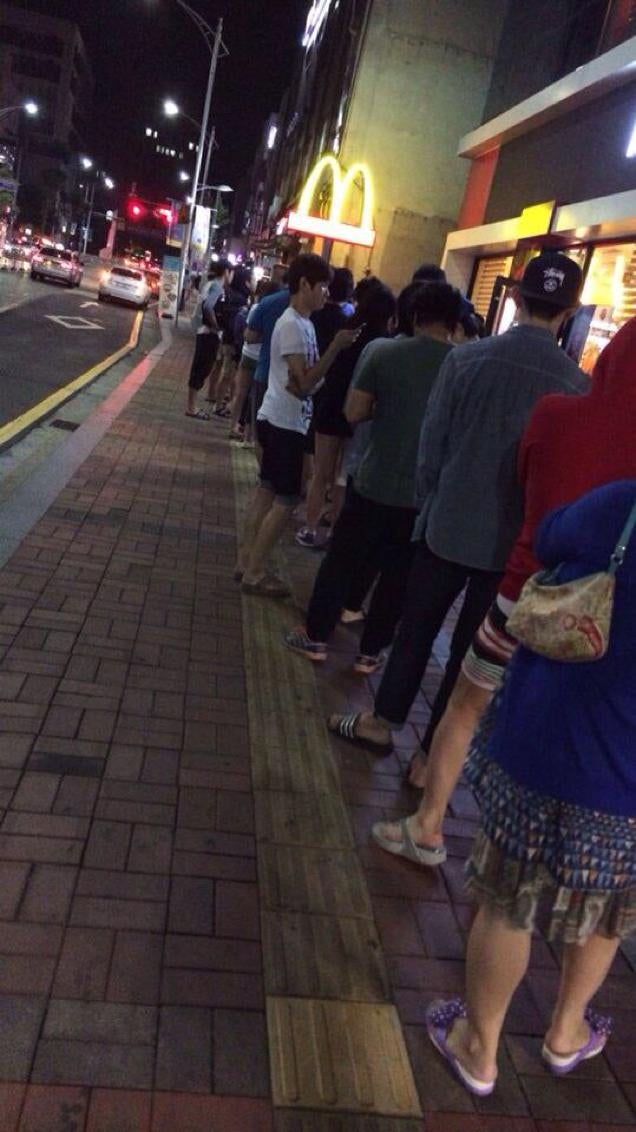 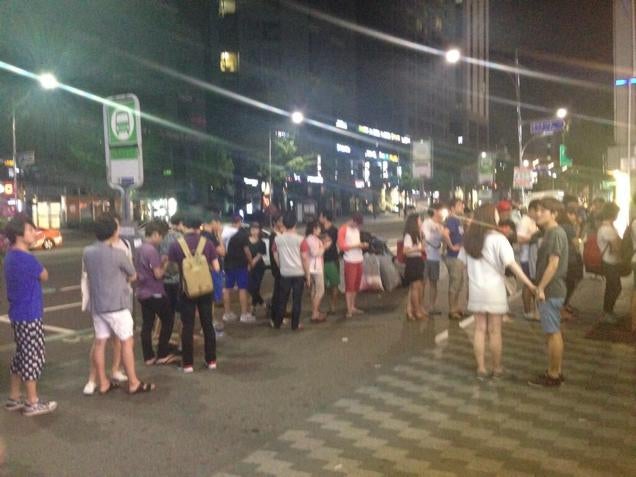 Some lines stretched outside. Some went up to the second floor. 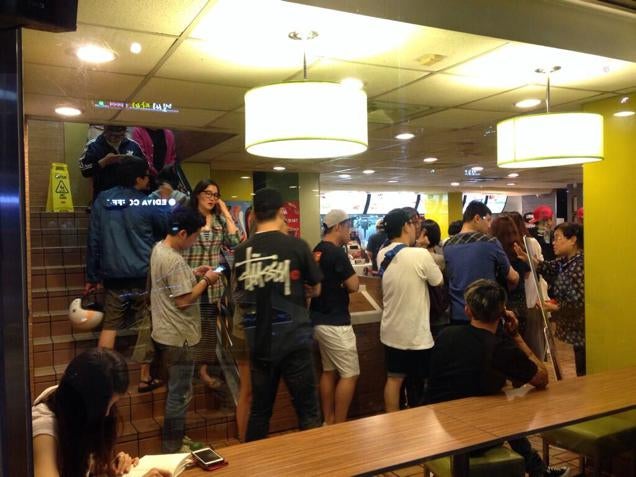 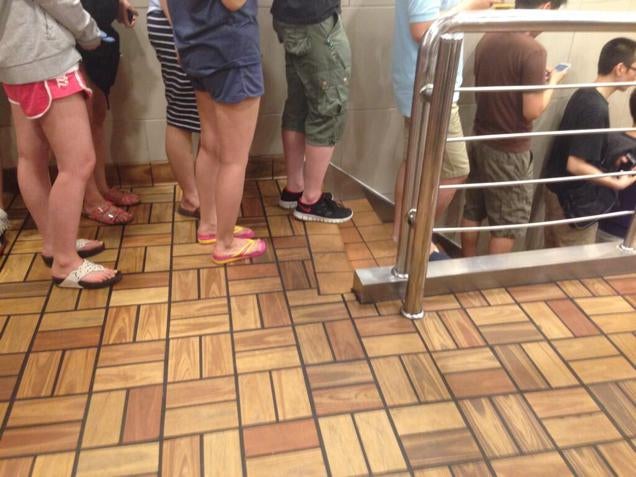 Here are signs saying stores have run out of them. 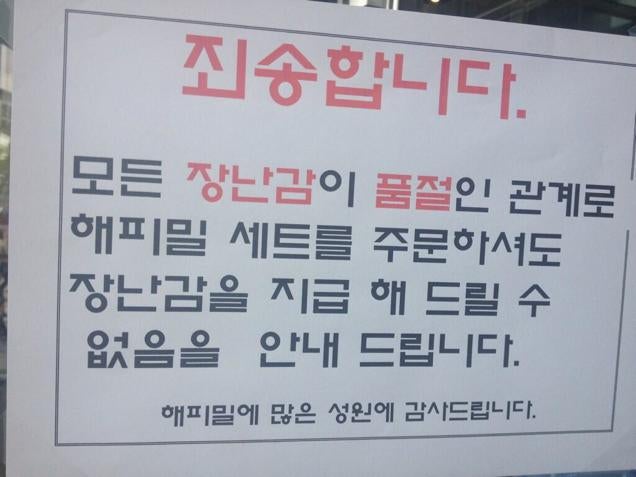 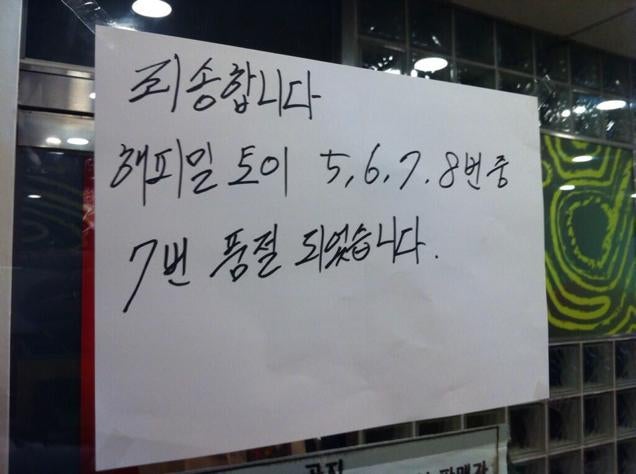 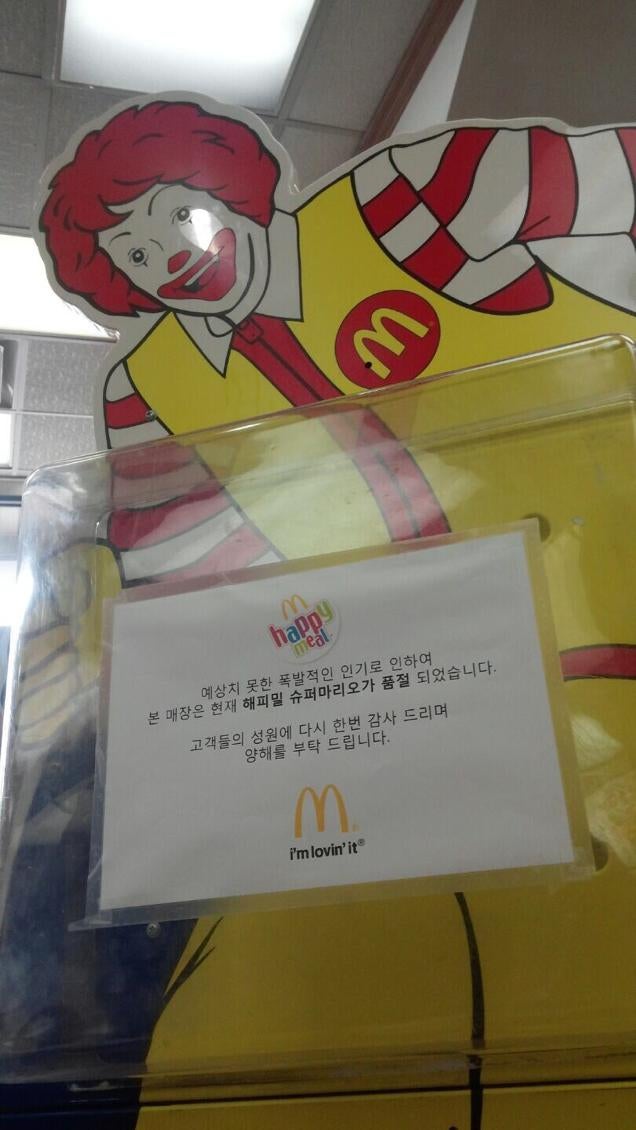 Here is a sign that offers to buy people's burgers for the equivalent of a dollar if they're purchasing the Happy Meals only for the Nintendo toys. 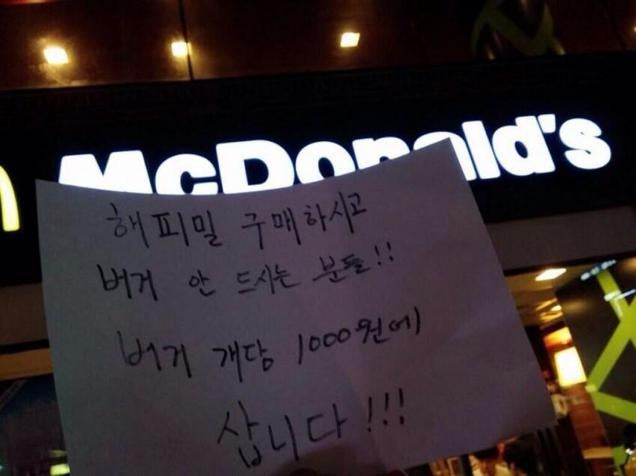 What are the toys that are causing such a fuss? 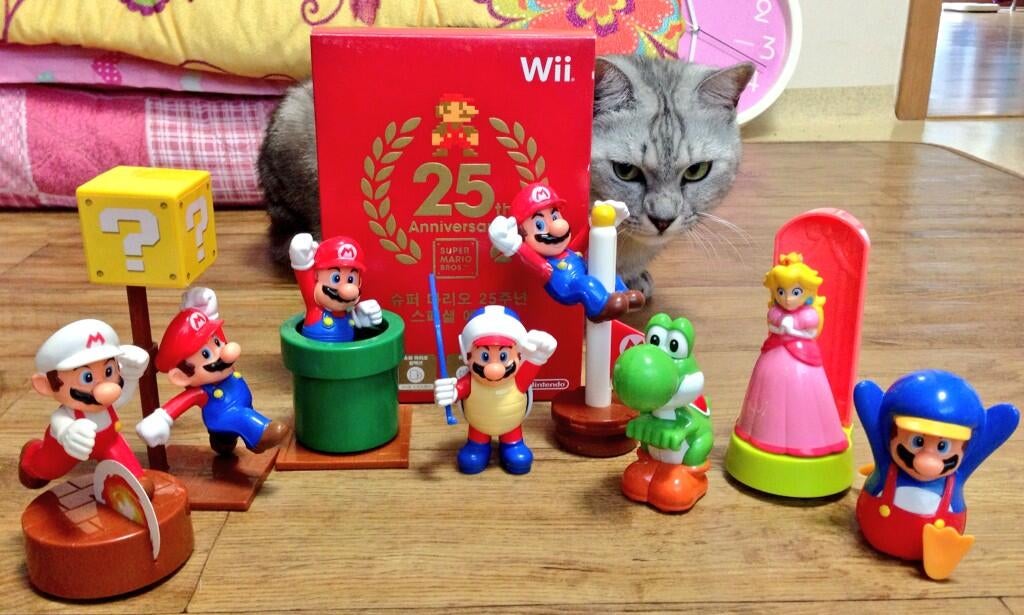 Look familiar? These are, I believe, the same toys that were released by McDonald's in Europe earlier this spring. Herald Corp (via Sang) reports that people are trying to make money by selling the toys online and that some witnesses claimed one person ordered a hundred Happy Meals. [Note: Readers point out that these appear different from the toys released in Europe.]

MTN (also via Sang) reports that some Korean websites have started banning members for thirty days should they attempt to resell the Mario Happy Meal toys.

Fans getting excited about McDonald's Mario toys is great news for Nintendo. Now, if only the company's South Korean branch would release the Wii U there.