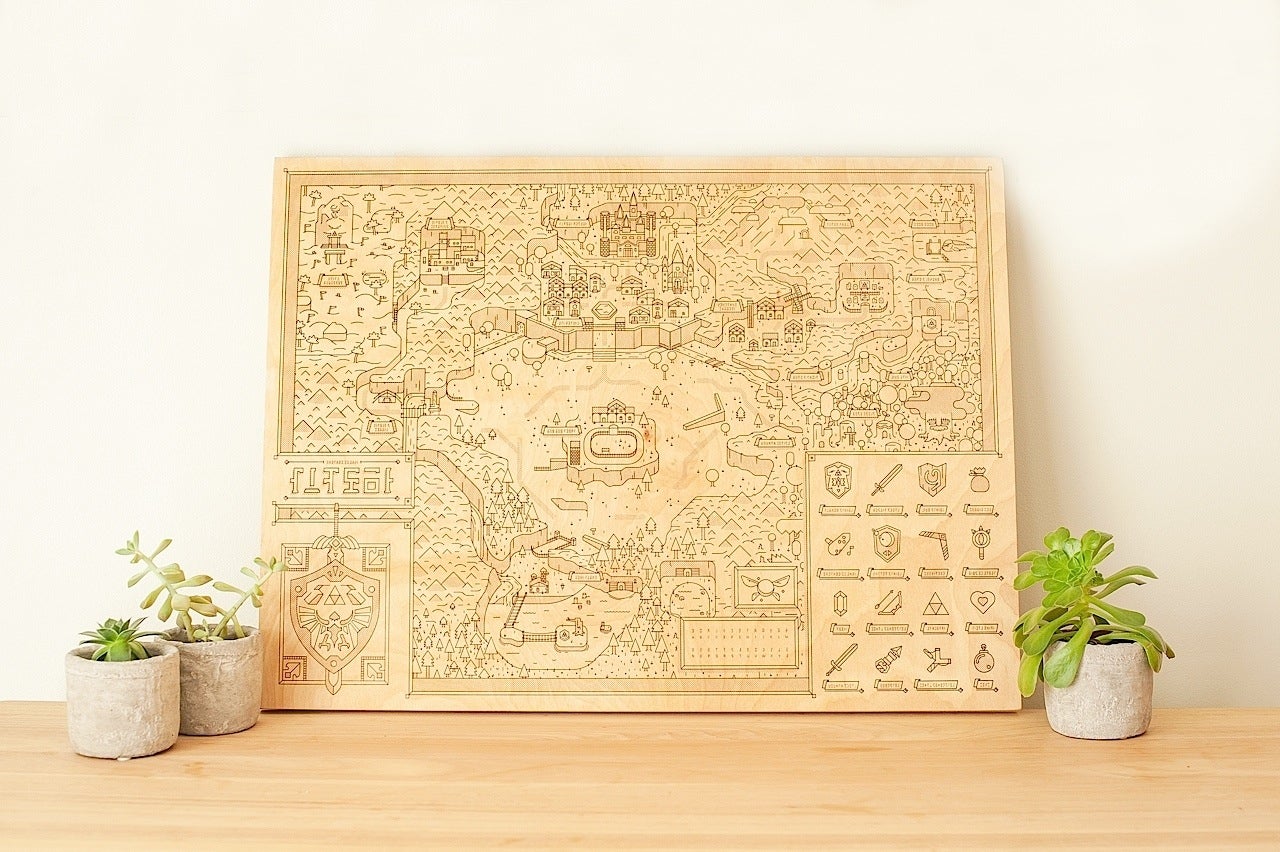 Hyrule is one of the most iconic settings in the history of video games. The Legend of Zelda players have been poring over it in one way or another for almost 30 years now. So when a serious fan sets out to make a faithful rendition of its map, you know he means business.

Artist and designer Alex Griendling made this stellar laser-etched rendition of Hyrule's geography in collaboration with Neutral Ground, a "digital workshop" based out of New Orleans. I'm not sure what a "digital workshop" is exactly. But after seeing "Hyrule: Woodlands," I'm ok with that: 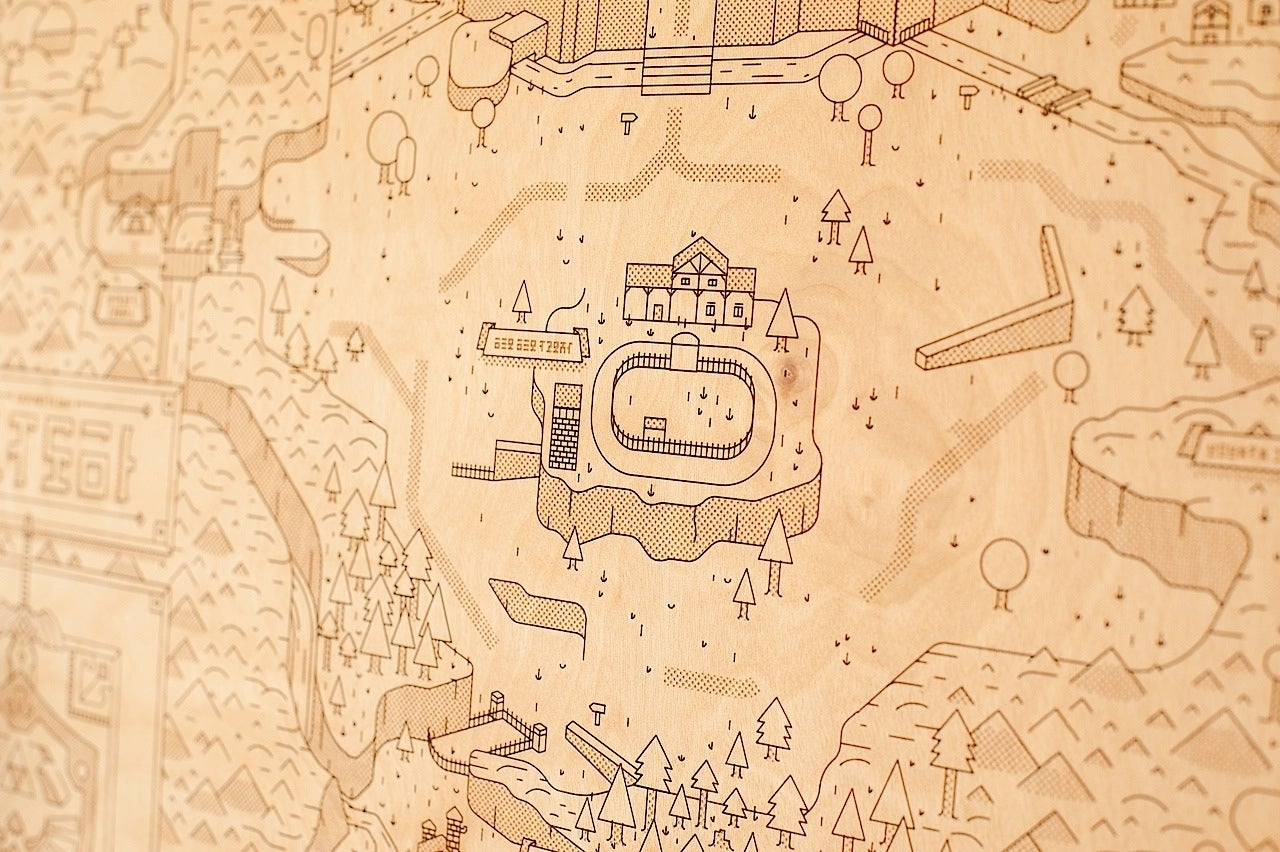 Griendling notes that he was careful to display "the correct form of Hylian (Hyrule's ever-changing language)," on the map. I'll leave it to the Zelda-playing lexicographers out there to hold him to that: 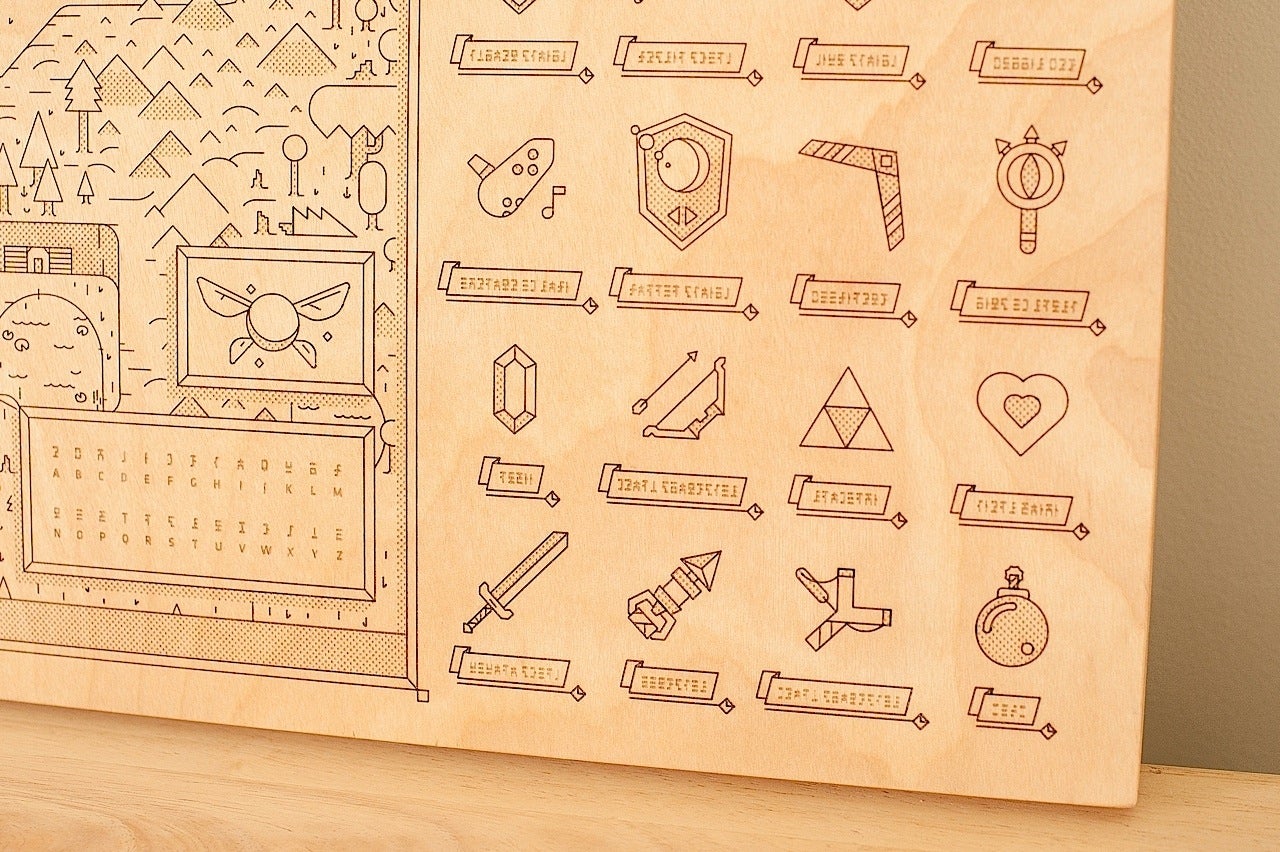 He also says that he "played through the most recent 3DS version of the game to ensure the cartography was equally faithful." This guy isn't messing around: 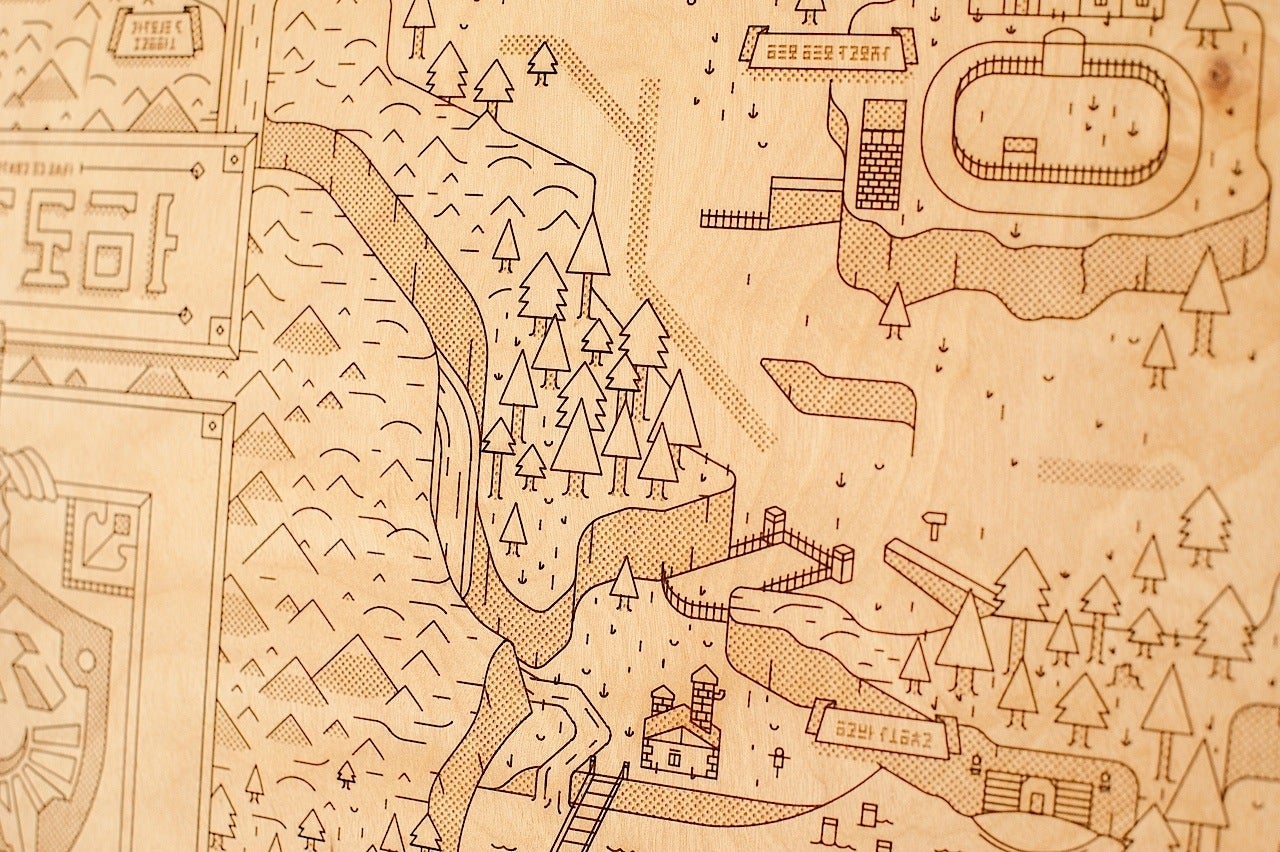 Playing A Link Between Worlds helped him "make sure the already dense map was full of little details and surprises, like Lord Jabu-Jabu in Zora's Fountain, and the Royal Family's tomb in the Kakariko Village Graveyard." 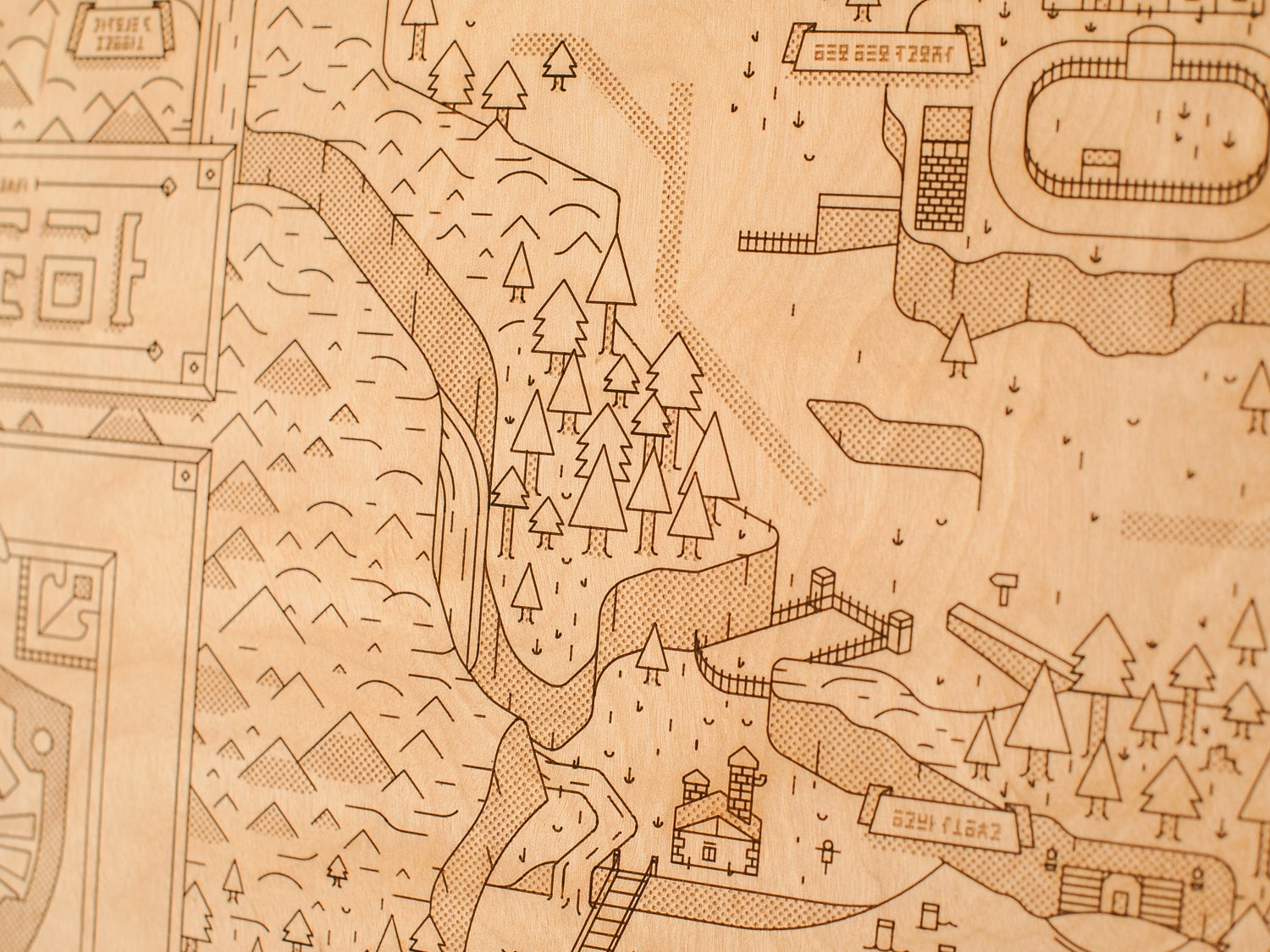 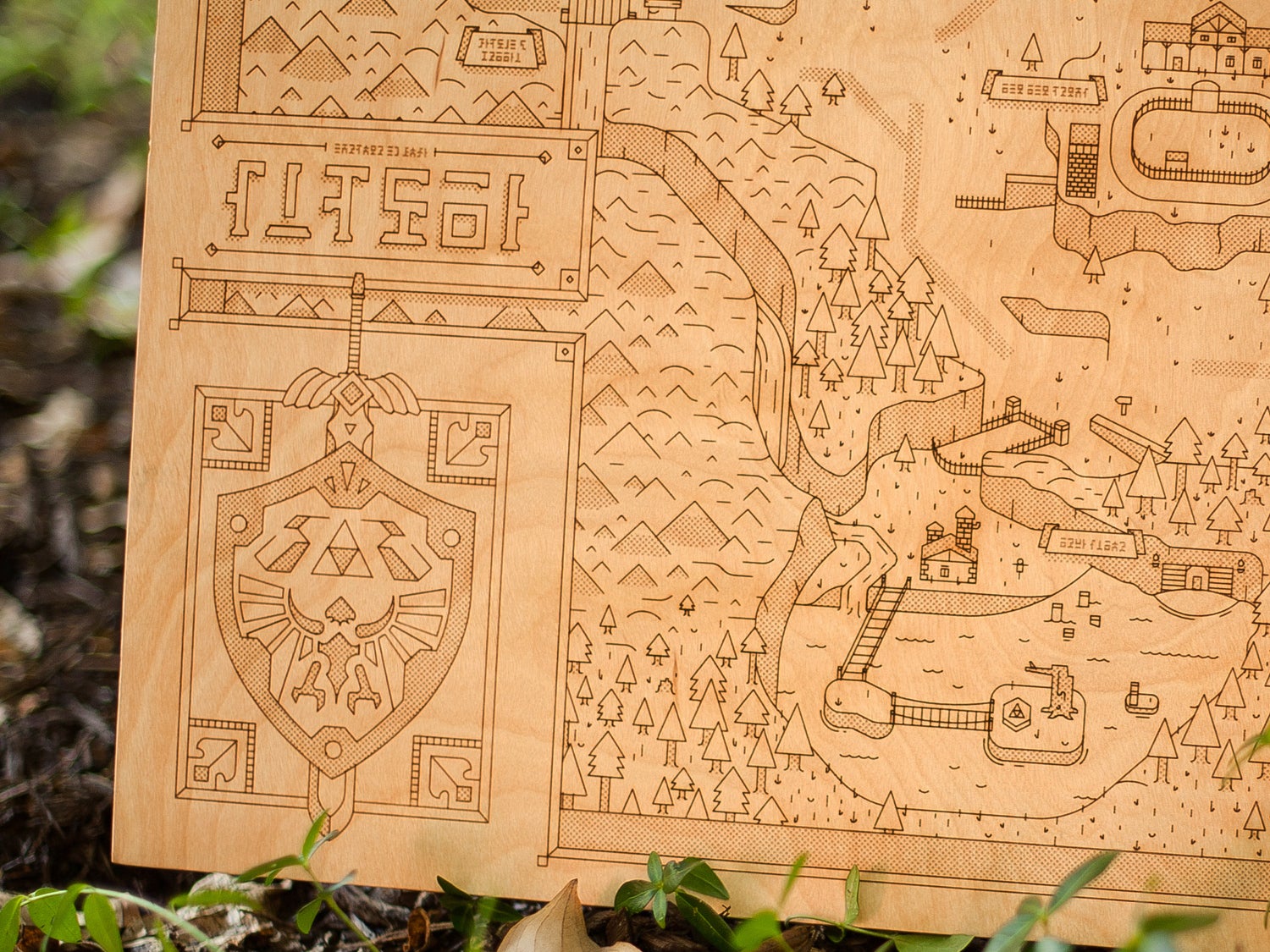 A (very) limited batch (like, they only made 10) is on sale for $US195 a pop at the Neutral Grounds website. Don't fret if you don't nab one in time, though: they said that more will be coming if an Kickstarter campaign succeeds.

One last treat: here's a short video of the work in progress: Check out more of Griendling's work on his website.