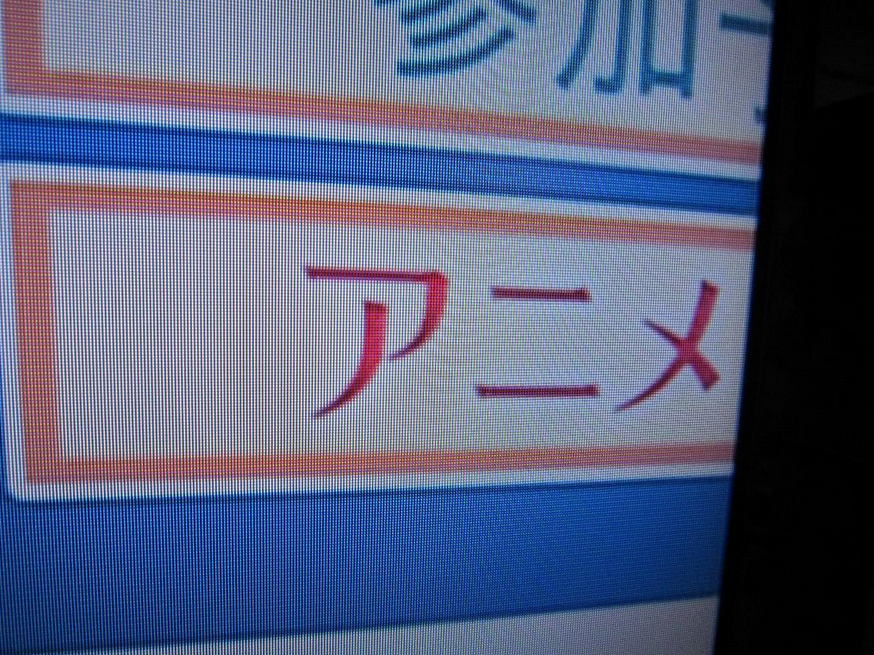 Over the weekend, a Japanese teenage girl was accused of brutally murdering a 15-year-old acquaintance. The crime is shocking and terrible. And some members of the Japanese media have pointed out that the suspect and the victim might have shared a love of anime.

According to Kyoto News, the suspect, who is a minor, has reportedly confessed to the murder. The police have not allowed her name or photo to be released to the public (hence, the pixelated image below). The victim's name and photo, however, have been released.

In Japan, as in many countries, popular forms of entertainment are often pegged as inciting violence. The Japanese reports I have seen regarding this crime haven't explicitly stated that; however, there seems to be a guilt by association. The suspect that allegedly committed this terrible crime and the acquaintance she allegedly murdered could have had a common love of anime (2人の共通点は"アニメ好き"). You can see that splashed all over this image. 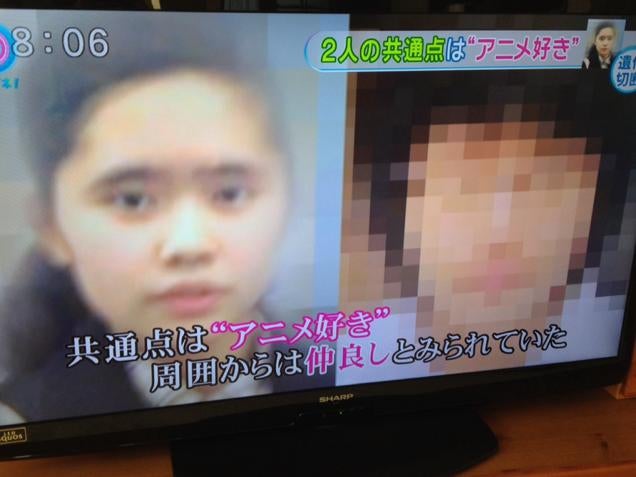 "This reporting is ridiculous," wrote Twitter user Satapom. "So what if they liked anime." Other Twitter users wrote how they wanted the Japanese media to stop trying to connect crimes to anime. 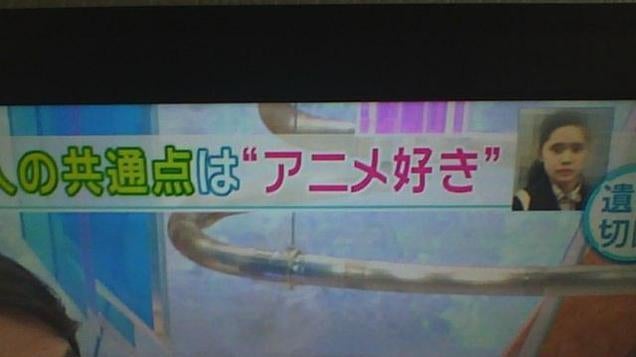 The connection was made on several different shows. 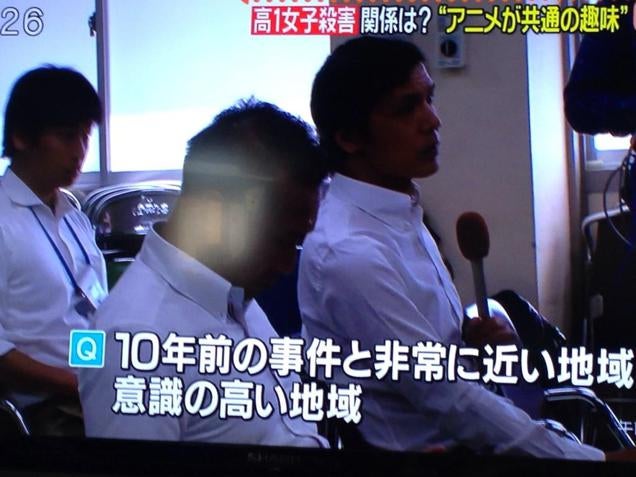 In the upper corner, it says a shared hobby, anime, was part of their relationship. 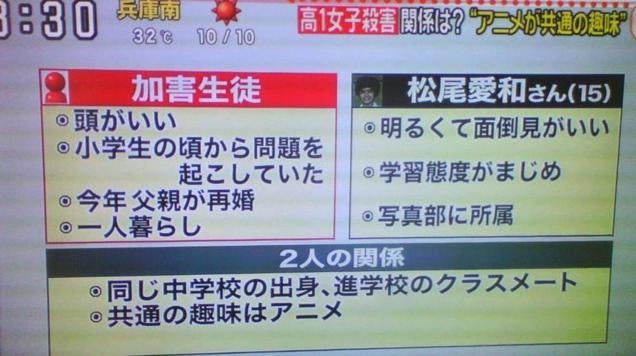 Picture:Tkj_Uta Here, again, it explains that part of their relationship, other than being classmates, was a common hobby — anime. 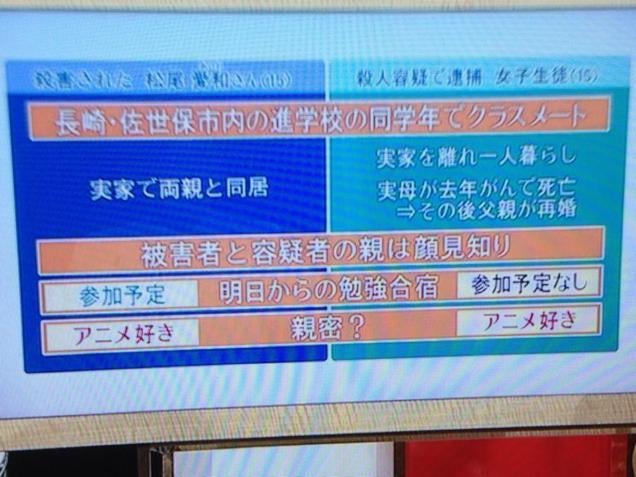 Picture:Rezalia At the bottom, it says "Friendship?" Next to that, it reads "love of anime."

On anime blog Yaraon, commenters sounded off on these flimsy anime connections to crime. "This prejudiced thinking again?" wrote one commenter, with another adding, "What did anime geeks ever do to the lame-stream media to get this hate?" Others pointed out that by this logic, if you went to see a Studio Ghibli movie or even a Disney movie, then you are corrupted.

"She is a very candid girl, and I used to play tag with her," an 18-year-old former classmate told Kyodo. "She showed signs of being emotionally unstable and often started crying when she had an argument with someone."

Maybe the press can blame tag? Or, you know, look more into the "being emotionally unstable" aspect?