Call Of Duty Bummer: They Opted Not To Have Teleportation Grenades 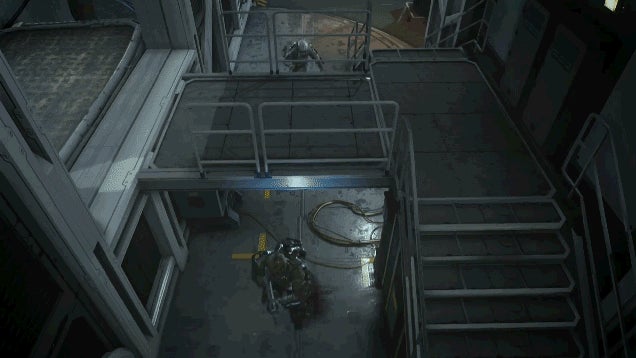 The new Call of Duty: Advanced Warfare, futuristic-looking as it is, will not have teleportation grenades. So it was reported in a VentureBeat profile of CoD:AW studio Sledgehammer Games. Too unrealistic.

Here's VentureBeat talking to Sledgehammer's Michael Condrey about where they draw the line between CoD-suitable and CoD-nope:

Condrey said that the team also had to make sure that its technology of 50 years in the future had to be grounded in today's reality of military research. Some things were totally unbelievable, so the team took it out. One example: a teleportation grenade. It could transport you instantly. But it doesn't exist.

In all seriousness, this is something game designers need to always think about, right? How important is the tone of the game they're creating and how does maintaining a consistency of that tone balance with their goals for gameplay? Does, say, the player-friendly convenience of a fast-travel system in an open-world Western outweigh its lack of realism? Does a double-jump enhance gameplay and, if so, does it need to be explained in the fiction of the game?

We can have some fun with these choices, because they sound funny on paper, but balancing tone and gameplay is a real thing a game creator has to do, especially if they're crafting a game that they want to sell as being grounded in reality.

Below: a looping GIF from the first tease for Advanced Warfare's multiplayer. (The tease is at the end of the game's newest trailer).