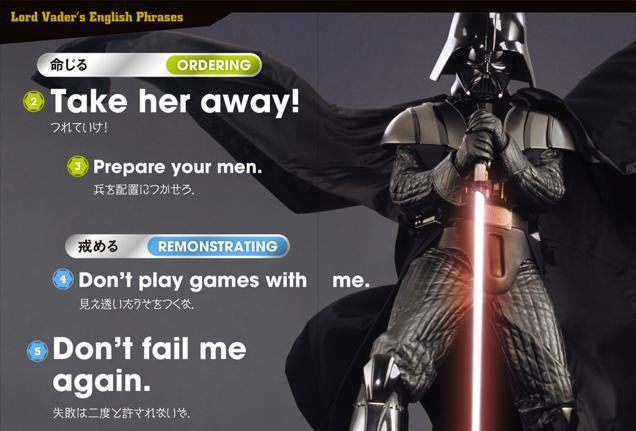 Is this a joke? Nooooooooooo! This is for real. A Darth Vader-themed English-Japanese dictionary was released this month in Japan.

According to website Japan Star Wars, the dictionary is priced at 3,131 yen (about $US31), comes in a Darth Vader case, features Vader binding, and has a collection of Lord Vader's English phrases. 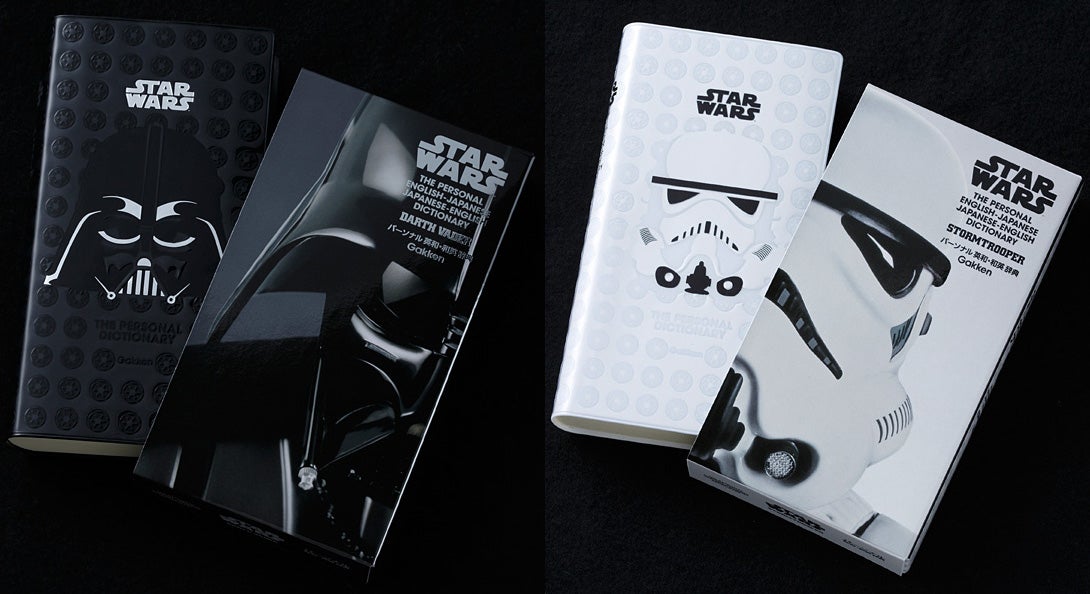 Below, you can see a collection of Darth Vader quotes that are translated into Japanese and used to explain certain phrases or words. 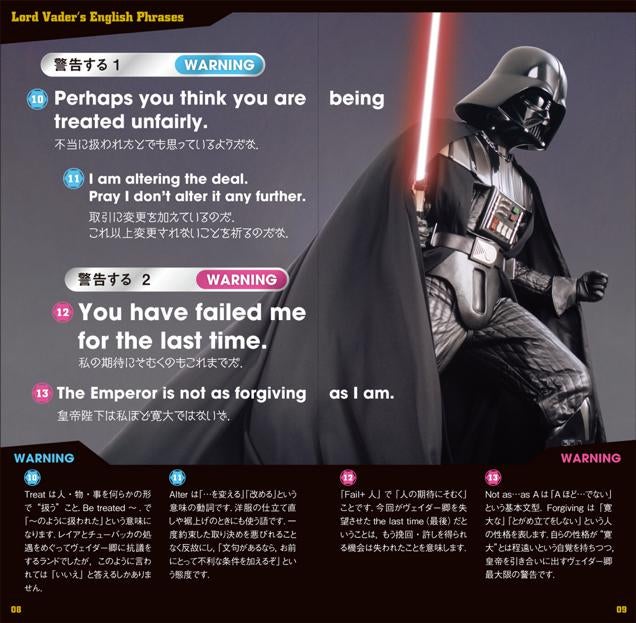 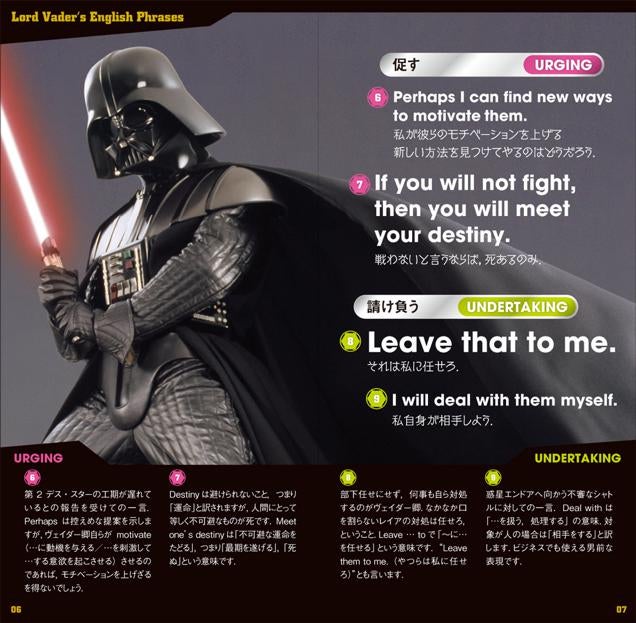 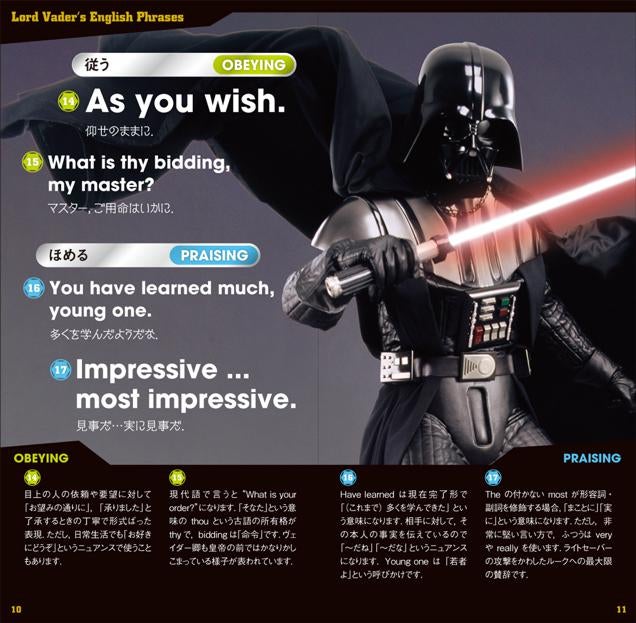 The entire dictionary is not like this! This is only a sixteen-page supplement, and the rest of it is apparently a standard dictionary. 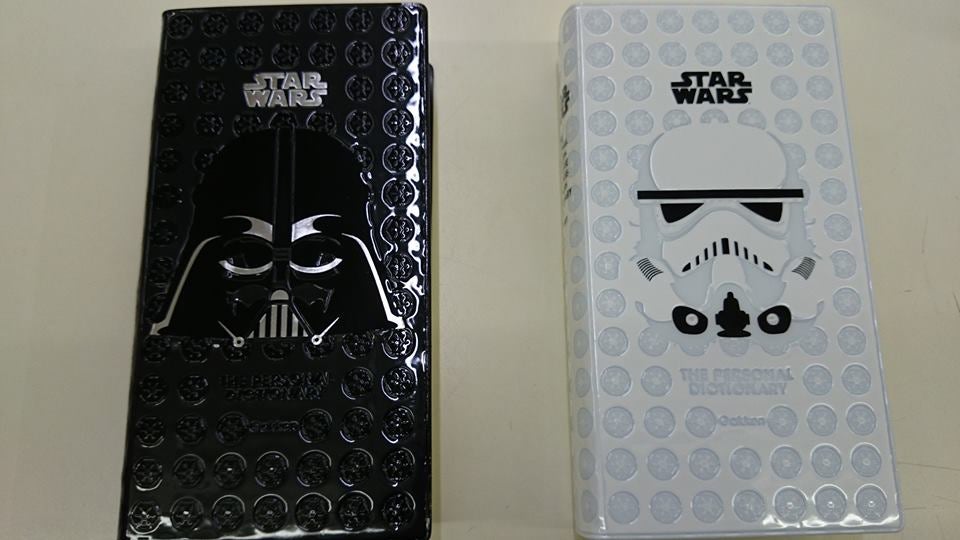 There's also a Stormtrooper version, which also has the Lord Vader's English supplement instead of Stormtroopers' English phrases. The reason is that it's probably hard to get sixteen pages of Stormtrooper quotes. Shame, because "These aren't the droid we're looking for" might come in handy.