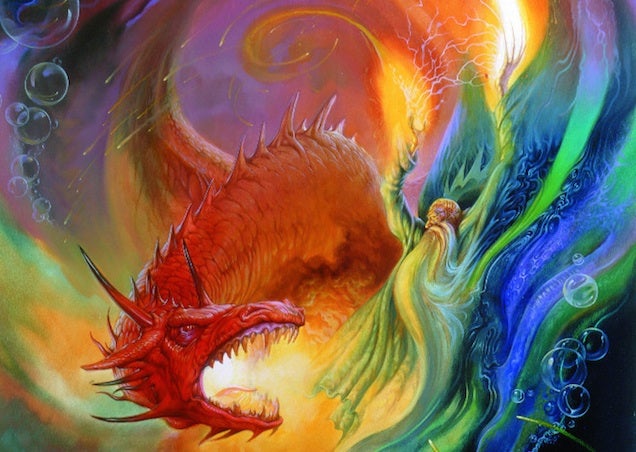 If you've ever been a Dungeons & Dragons Dungeon Master, you know that it's a weighty responsibility. The dice may help decide who wins and who loses, but you and you alone are responsible for everyone's fun.

In a great post over on reddit, writer/game designer Matt Colville, a DM of 28 years, has shared some tips on how Dungeon Masters can best serve their players, their stories, and their games.

His tips range from the practical:

Make a list, right now, of male and female names, maybe 10 of each, that you think are appropriate to your setting. Clip it to your GM screen or whatever. Any time you need a name for an NPC, just grab the next one on the list. The goal here is to be able to make up an NPC and instantly know their name. The players will go places and meet people you haven't thought of and if you can say, at the drop of a hat, "The guard's name is Fandrick," it will seem to your players that these NPCs are real people who really exist and you're not just making it all up.

Use a GM screen. It's ok if the evening ends in a Total Party Kill because the heroes were relentlessly stupid, but it's not ok if it ends that way because you didn't realise how tough these monsters were. Fudge the die rolls to correct your mistakes, not theirs.

His final tip is my favourite: "Err on the side of the players." Sounds like advice that video-game developers would do well to keep in mind…

Go read the whole thing, along with the other suggestions in the thread. If you're anything like me, it will make you want to go track down some friends and start a new D&D campaign as soon as humanly possible.