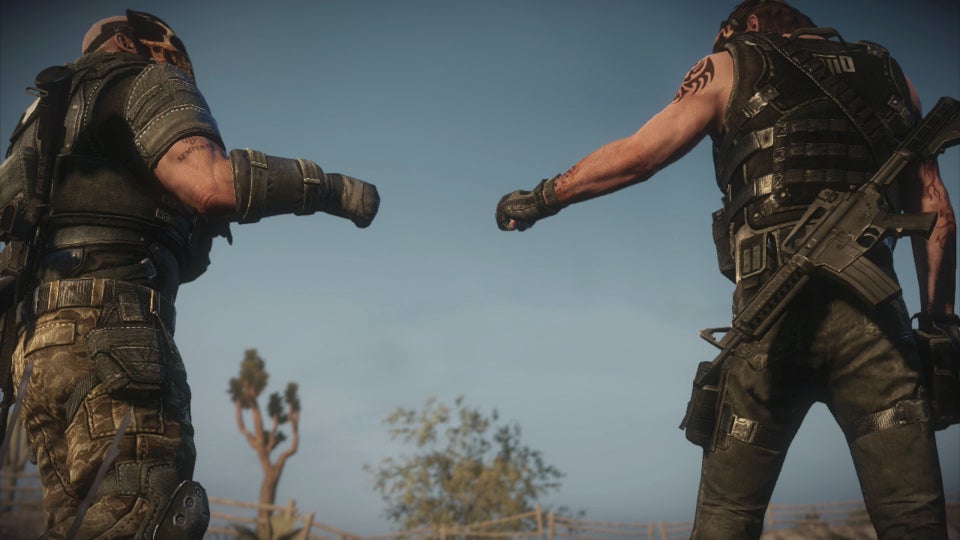 I knew it! I knew it. Looks like Army of Two was onto something after all.

How do you greet people when you first meet them? Do you reach out a hand and grab on for dear life, as though you're about to slip off the deck of the Titanic into the icy depths below? Or do you coolly extend a fist as if to say, "Go ahead, lay one on me. You know how this works"?

Well, the second one is somewhat less likely to kill you.

EurekaAlert brings us a study from the Institute of Biological, Environmental, and Rural Sciences at Aberystwyth University in which researchers tested various greetings — fist bumps, handshakes, and high fives — to figure out which transfers the fewest germs. The result? Fist bumps won by a landslide.

In short, be a bro about this. Well, at least in the "see the world through a Terminator-like UI of potential fist bump targets" sense. We're no longer just talking about a perfect, infinitely meaningful greeting/expression of affection/thing to do after you just shot a hundred dudes. This is a matter of life and death. Or at least life and a nasty case of the sniffles.