Freedom Planet Is Basically A Classic Sonic Game, Except When It's Not

If Freedom Planet was sitting at a bar with its back turned to you, you'd almost certainly mistake it for your old pal Sonic The Hedgehog. And I mean old. Classic, 2D, pudgier than today's model, who inspires body image issues in hedgehogs the world over. This is a love letter to classic Sonic, except when it's not.

Yikes, that voice acting. But there's actually quite a lot to like here, honest.

I've only played Freedom Planet's free demo, so I can't vouch for the full thing yet. That said, some observations: 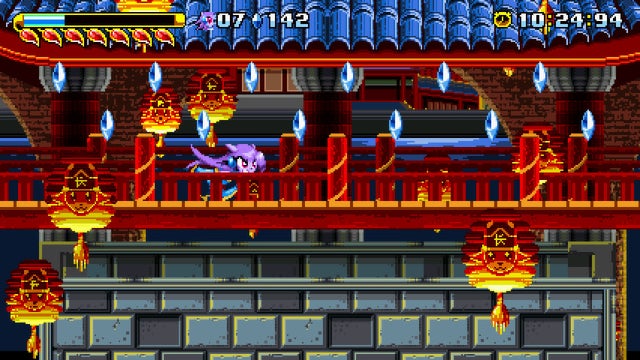 Those are just some super basic impressions of a really short demo. I definitely recommend you check it out for yourself and see what you think. The full game is currently on Steam for $US14.99, and apparently it's got a fairly lengthy story, unlockables, and things of the like. Just remember: don't call her Sonic, and she's not a hedgehog. She will fight you.