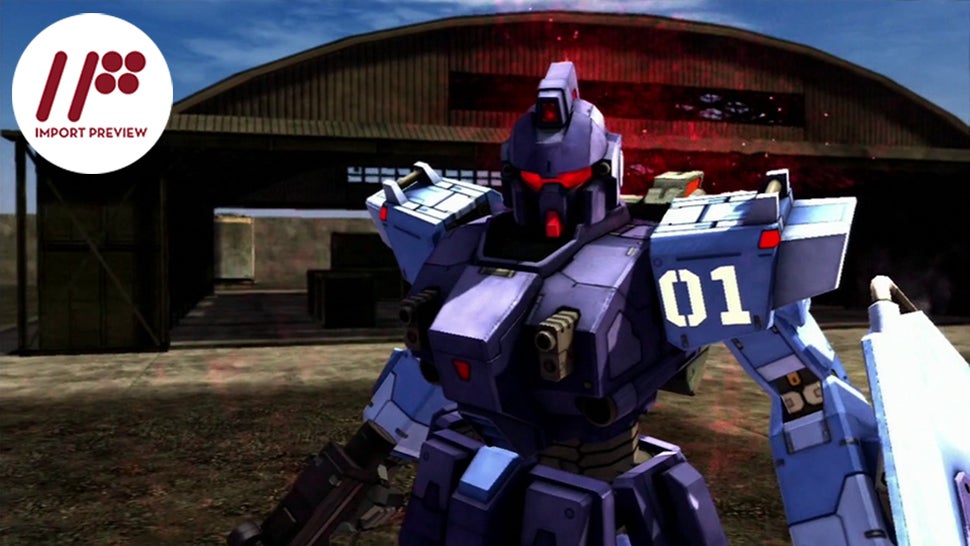 For decades, Gundam has had some impressive side story games that explore the war in the original Gundam. So you'd think an HD collection like Gundam Side Stories would be a godsend — and it would be if it were more than just an inept play on your nostalgia.

Good — A New Gundam Side Story 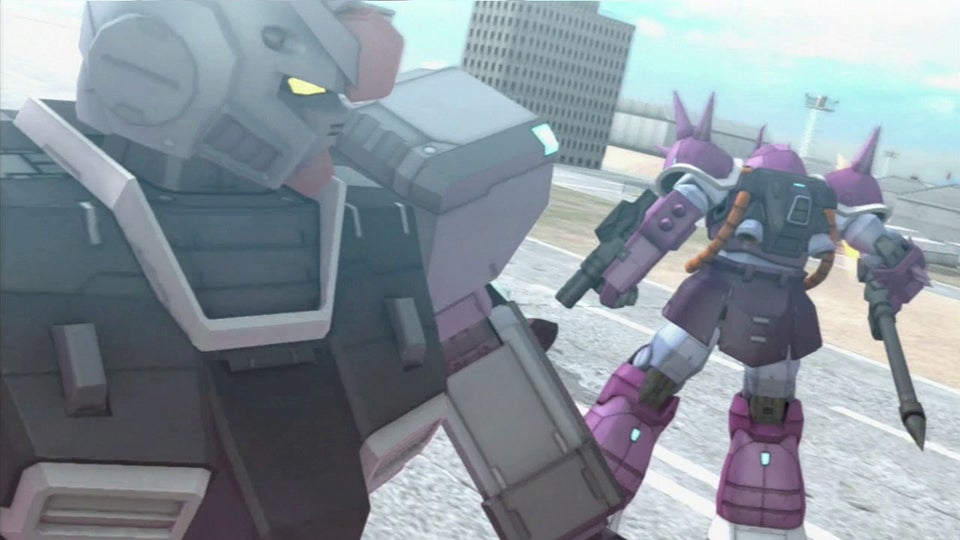 When you first start the game, all you will have unlocked is Missing Link, a new Gundam side story game that connects to several of the past Gundam side stories. It's the story of an Earth Federation Penal Unit and the Zeon soldiers they continually find themselves facing off against. However, they soon find themselves in the midst of a greater conspiracy and have no choice but to team up to ensure their mutual survival.

All in all, it's an enjoyable Gundam story — especially once you beat both sides of the campaign and get some bonus missions that let you see the impact of the game's events in future times. 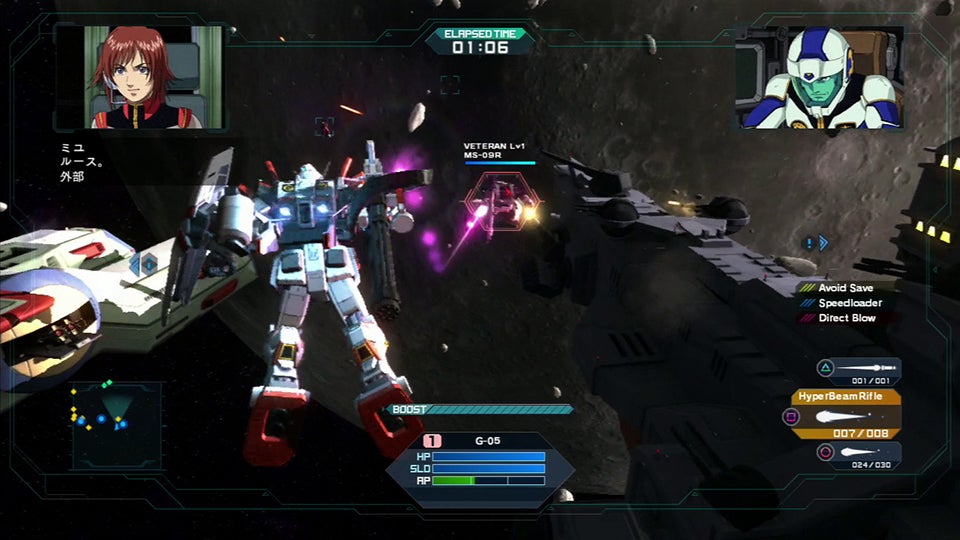 Over the years, there have been more than a few games fleshing out the One Year War as seen in the original Gundam. They have been on the SNES, Sega Saturn, Dreamcast, and PlayStation 2 and 3. Of course, many of them are out of print — along with the consoles that run them. This is more than a little bit of a shame as the stories in these games are usually quite good and don't deserve to be forgotten. 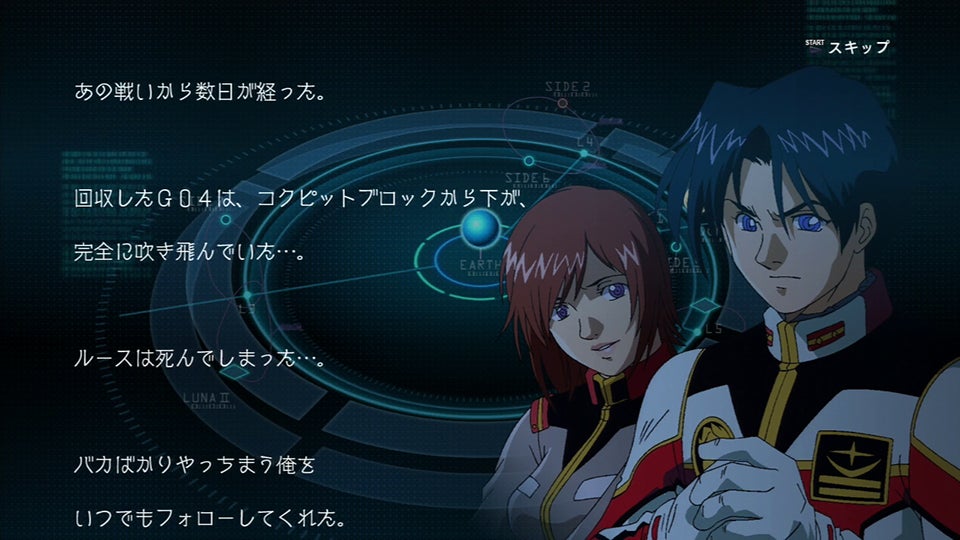 The games reimagined for Gundam Side Stories are heavily abridged to say the least. While the game's new side story, Missing Link, is 41 missions in length total, the other games get their whole stories told in a mere 3 to 15 missions (with most being 8 missions or shorter).

How the stories are actually told is likewise unimpressive. Each mission begins with an unvoiced text crawl. Then you are given a short unvoiced briefing. Upon loading in, you are usually given a voiced cutscene of the main characters talking while their mobile suits walk. There are no character portraits to mark who is talking or dynamic movement in the mobile suit animation. There is just walking and talking — or the occasional standing and talking.

Rarely — once or twice per adapted story — there will, however, be a short cutscene showing off one of the story's coolest moments; but these are few and far between. 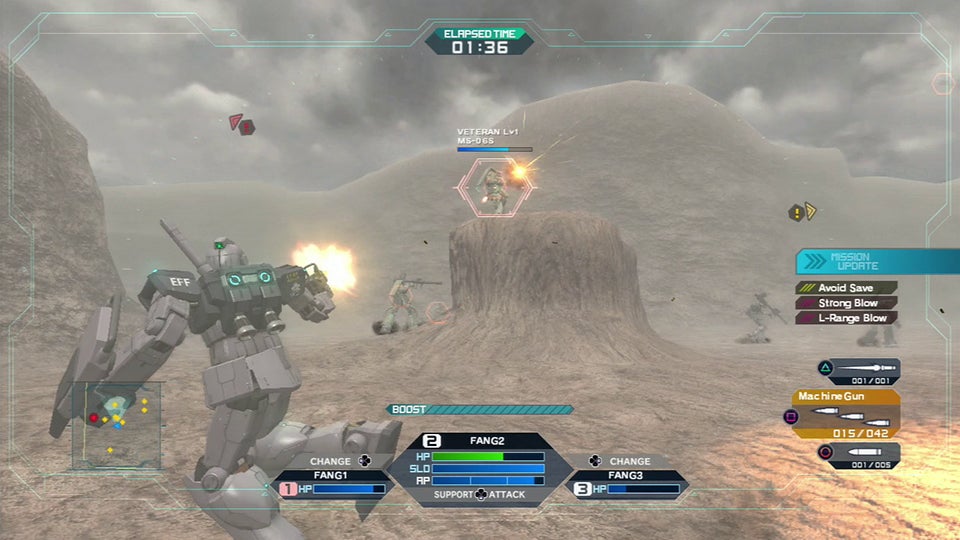 While the old side story games ranged from FPS games to tactical RPGs, they have all been turned into third person shooters for Gundam Side Stories — which would probably be ok if the act of playing Gundam Side Stories didn't quickly become a monotonous chore.

In nearly every level, your team of up to three is thrown against waves of enemy mobiles suits, tanks, and/or planes. Of course, it doesn't really matter what the enemy forces are made up of as you defeat every enemy the same way: strafe and shoot, strafe and shoot. This tactic works in both space and on land. And while you can use melee attacks, doing so is simply asking to get your mobile suit shot up. In other words, you'll spend your twenty plus hours with this game doing the exact same thing again and again. 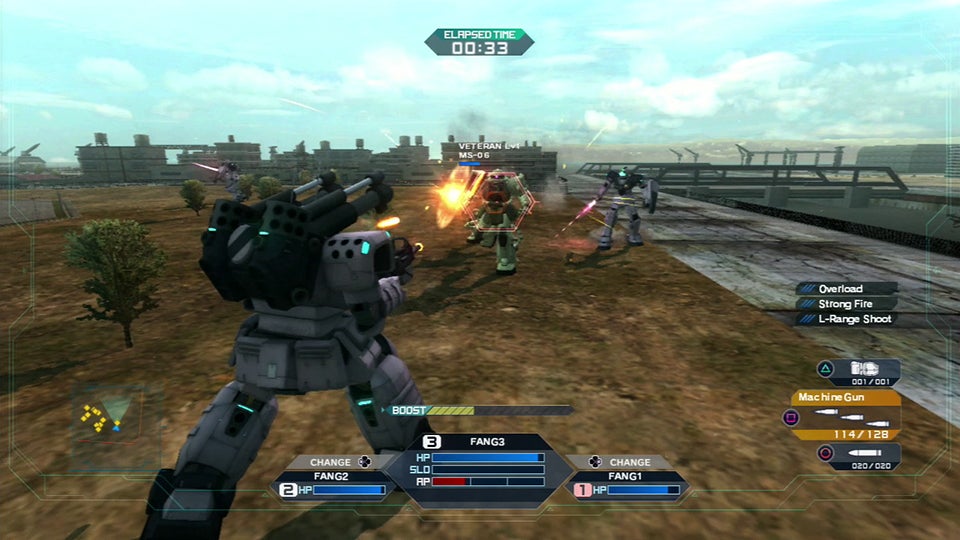 Moreover, there is absolutely no mobile suit customisation in the story sections of the game (though there is in the VR missions). Rather, you use whichever units the game gives you for any given mission. Luckily, these suits tend to have different loadouts (though, not always).

In battle, you can swap between any of the up to three mobile suits on the fly. However, one of your squad's suits will no doubt be better than the other two (i.e., the one with the strongest guns) — so you'll never use the others unless forced to.

And even if your suit of choice is destroyed, it will respawn a mere 30 seconds later for you to use again. 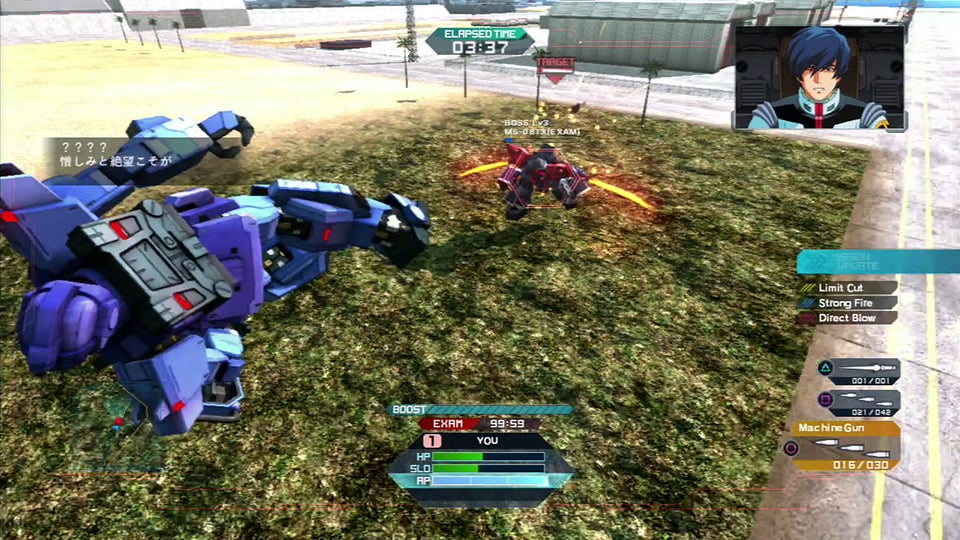 For the most part, Gundam Side Stories is painfully easy: You just strafe and shoot till everything is dead or go to the location marked on your map. But every once in a while, the game throws you an extreme curve ball — like defending a target against three waves of enemies, followed by a Gundam, followed by a Pegasus-Class carrier… while you have nothing but three minimally equipped Zakus. In Gundam Side Stories, a Gundam can tear through a Zaku in a single melee attack. This means that having all three of your mobile suits destroyed at once — and the resulting game over — is almost a certainty.

However, despite distinct waves of enemies and mid-mission cutscenes, Gundam Side Stories features no mid-level checkpoints. So if you spend ten minutes slaughtering trash only to be dismantled by the Gundam in two seconds, you're going to have to redo that ten-minute chuck to get another try. Add in the fact that there is no way to level up or customise your mobile suits (in the story mode) to increase your odds of survival, and you'll find that the word "frustrating" doesn't even begin to cover it. 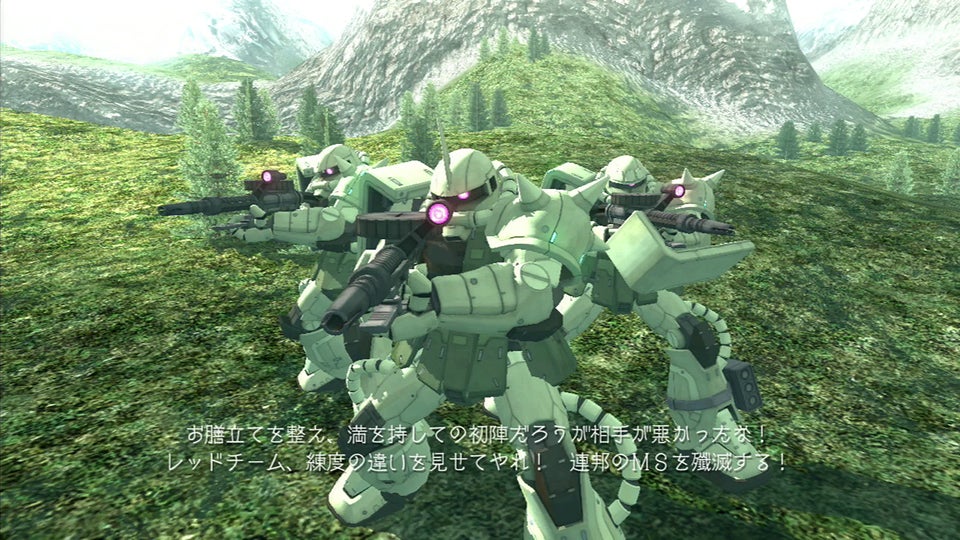 While it's nice to see these great old Gundam games again in any form, it's still a shame to see them as presented in Gundam Side Stories. The games are abridged poorly, and coupled with the low production value and monotonous gameplay, this game is hardly worth playing. Casual fans will no doubt miss out on much of what originally made these side story games great, and hardcore fans will likely be angered at just how badly the games they love have been butchered.

Mobile Suit Gundam: Side Stories was released in Japan on May 29, 2014. There is currently no word on a Western release.