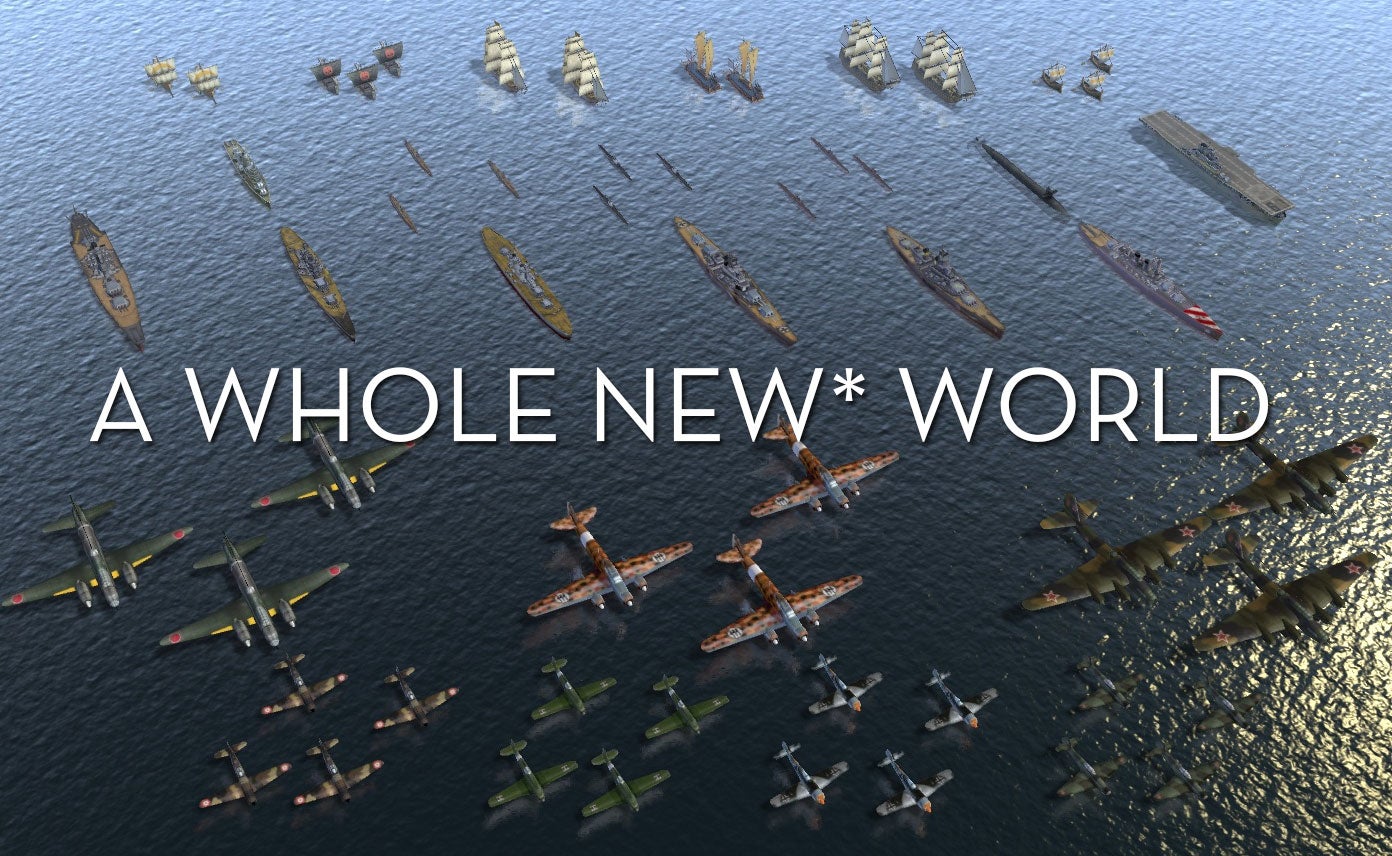 Because I enjoy hurting myself and all those around me, I’ve got back into Civilization V recently. But this time around, without a new expansion to review, I figured I’d try out some mods to help make the game a little fresher.


While there are no shortage of funny/stupid/fantasy mods out there, transforming the game into everything from a bad Game of Thrones experience to a bad Star Wars experience, my tastes lean closer towards replicating the real world (or at least stuff that generally looks or behaves like it).

And no, I’m not crazy. I know that a big pat of the joy of Civ is the unpredictability of it all. None of these mods will change that, or somehow make the game more boring, or take away any of its character. They just make units look a little better, or behave a little more to the player’s liking. Nothing wrong with that!

Anyway, here’s some of the best stuff I’ve been trying out: 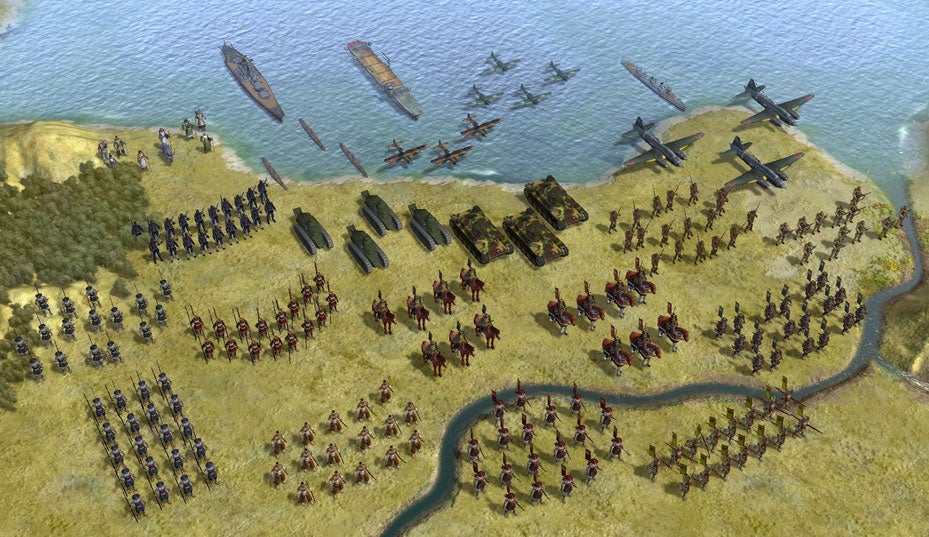 A little obvious for those who have dabbled in Civ mods before, but the RED (Regiment and Ethnic Diversity) Modpack does a fantastic job of making the game look both more realistic and, like it promises, diverse.

It does things like provide different skins for difference units depending on the Civ; so, for example, an English bomber will be a Lancaster in RAF livery, while an American one will be a B-17 in USAAF markings.

It also gets rid of the “giant” infantry, scaling troops and cavalry down to a smaller size while adding more of them to the map. YMMV on this depending on artistic tastes, but I think it looks much nicer once you get later in the game and there are larger conflicts going on.

The game comes with a world map, but it’s not the greatest. This is. It strikes about the perfect balance between realism (distribution of resources, general geography) and playability (Britain and Japan are made bigger so they’re not at a disadvantage).

Note that the link above is for the vanilla version. If you’ve got Brave New World, here’s a fresher edition that includes the new civs. 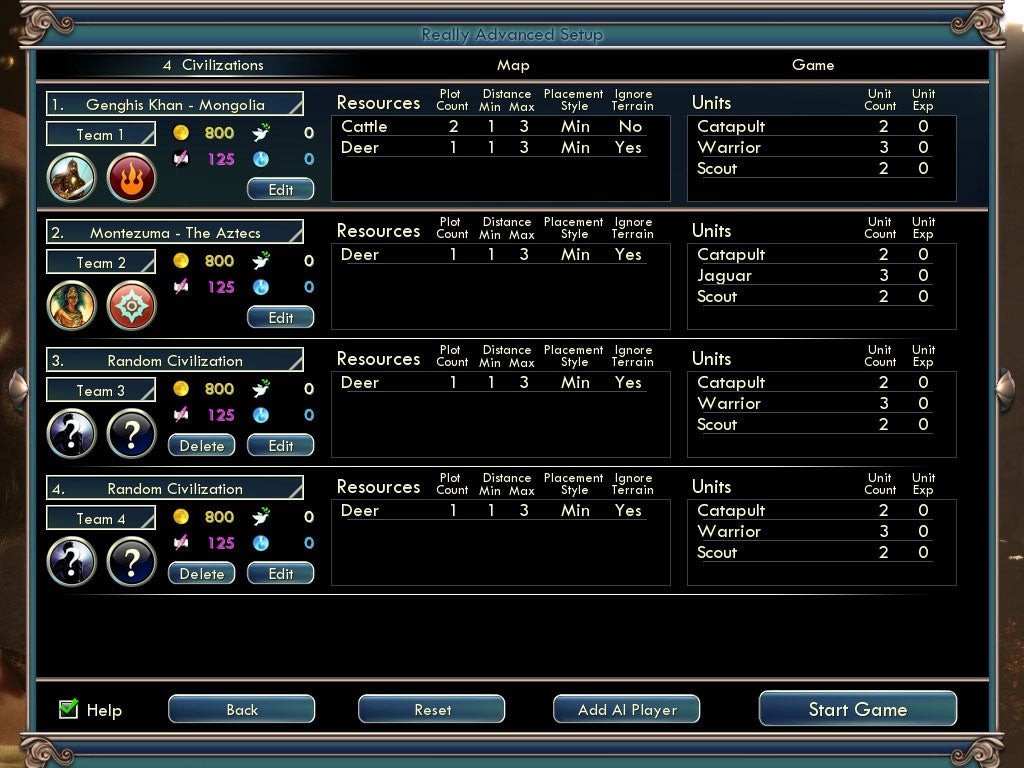 The advanced options can help you tailor a game to suit your style, but if you really want to get under the hood, try this. It lets you assign starting resources, disable certain techs, add more units at startup and lots, lots more.

In the hands of weaker players, it’s basically a way to cheat. In the hands of more sensible players, though, it’s a fantastic way to tailor the game’s Civs to either better reflect real-world stereotypes (boring) or make the game harder for you. 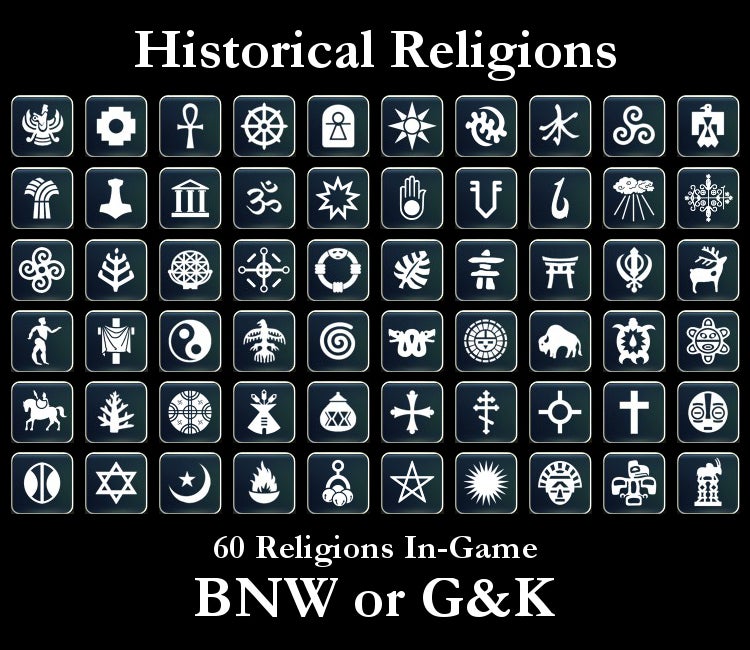 The game’s existing religions do an OK job of covering many of the “bigger” Civs, but many others have their historical faiths left out. This mod changes that by adding a massive 47 new religions to the game, some ancient (druids), some badass (voodoo).

While many of these are incredibly obscure and weren’t even followed by the civs in the game, the fact it gives factions like the Polynesians, Carthaginians, Celts and Native Americans authentic faiths is pretty cool. 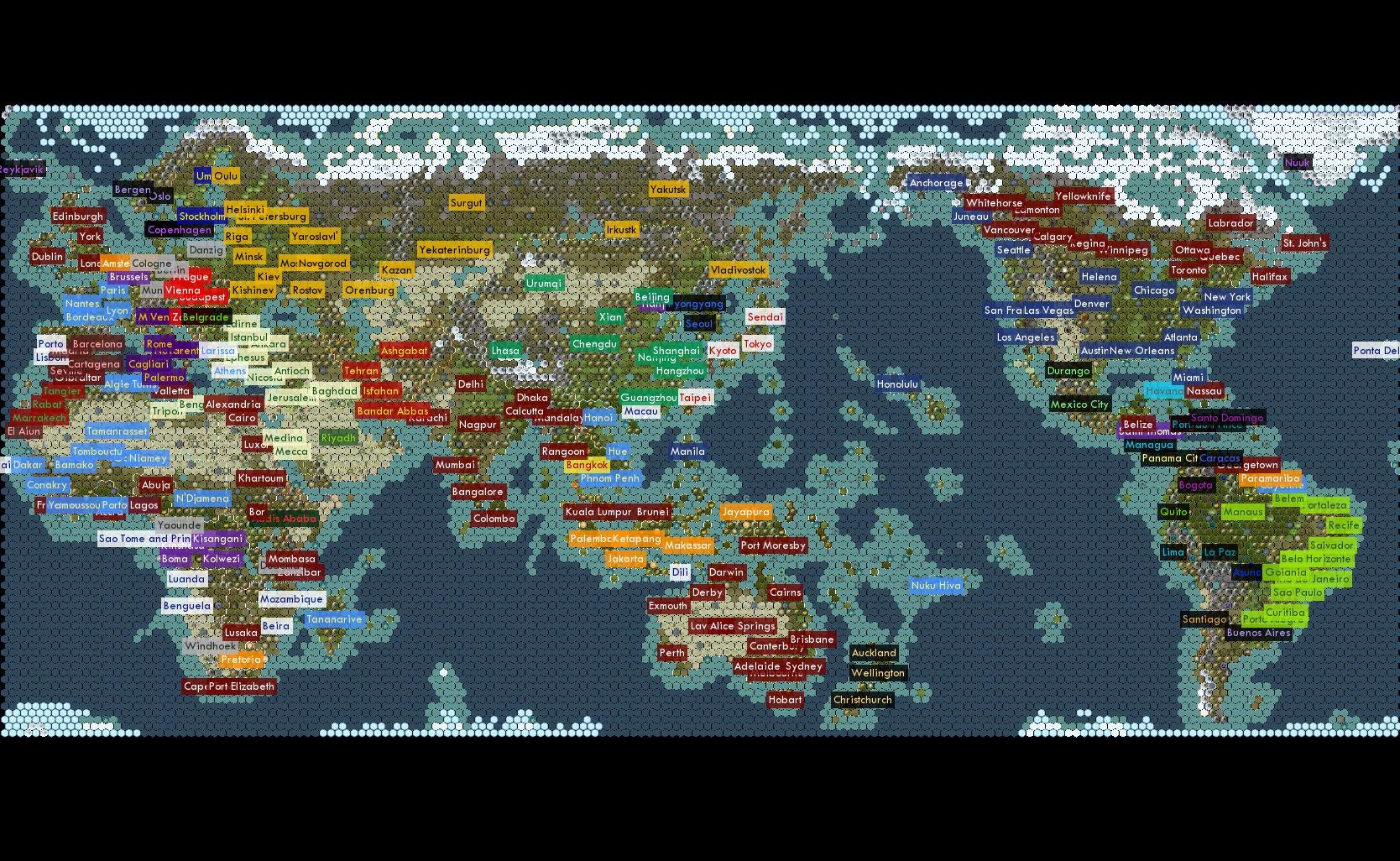 Here’s a relatively new scenario that gives you the perfect set-up for your own World Wars. It (very roughly) recreates the world at the turn of the last century, with gaps in the map left by unsupported Civs conveniently filled by colonial powers like Britain and France.

It’s a little crowded, and some areas have too many cities (Australia and Brazil particularly), but overall it’s one of the best ways to jump right into a pre-made world and make a mess of.

And that about does it! If you’ve got a favourite mod that adds a little something to Civ V without resorting to the presence of Starks, Skywalkers, Fallout mascots or Hobbits, let us know in the comments!