'Quake Is Good For You' 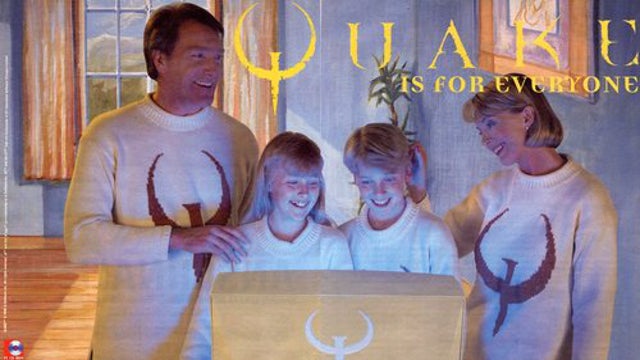 Nowadays many video game ads are loud, in-your-face, and teeth-grittingly serious. Back in the day, though, developer id Software made the original Quake — an unabashedly gore-spattered first-person shooter — look like the perfect Christmas present for grandma and the whole (weirdly creepy) family.

Courtesy of imgur user Paperkut, these Quake magazine ads from the '90s are shotgun blasts of hyperbole and absurdity. They're wildly inaccurate, but that's kinda the whole point. "The most important PC game ever," they trumpet. "Quake is good for you." Just like Quake sweaters, Quake at your wedding, and grandma's homemade Quake pie.

I'm not entirely surprised people are digging up these gems. I mean, this was the era in which John Romero infamously promised to "make you his bitch" with Daikatana. Over-the-top, almost campy 'tude was the language of the day back then.

I think back on it, though, and ads like this aren't entirely wrong. No, not the John Romero thing, but I did bond with my dad over Warcraft II when I was, like, six or seven years old. I attribute a lot of my lifelong love of video games to that, actually.

I don't think people should raise their kids on a steady diet of violent video games or anything, but maybe there's something to be said for the family that slays together? Or maybe I'm just way overthinking this. Probably the latter. Look, silly video game ads! 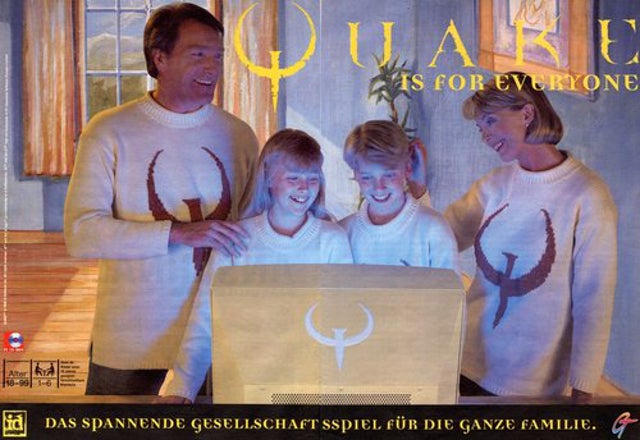 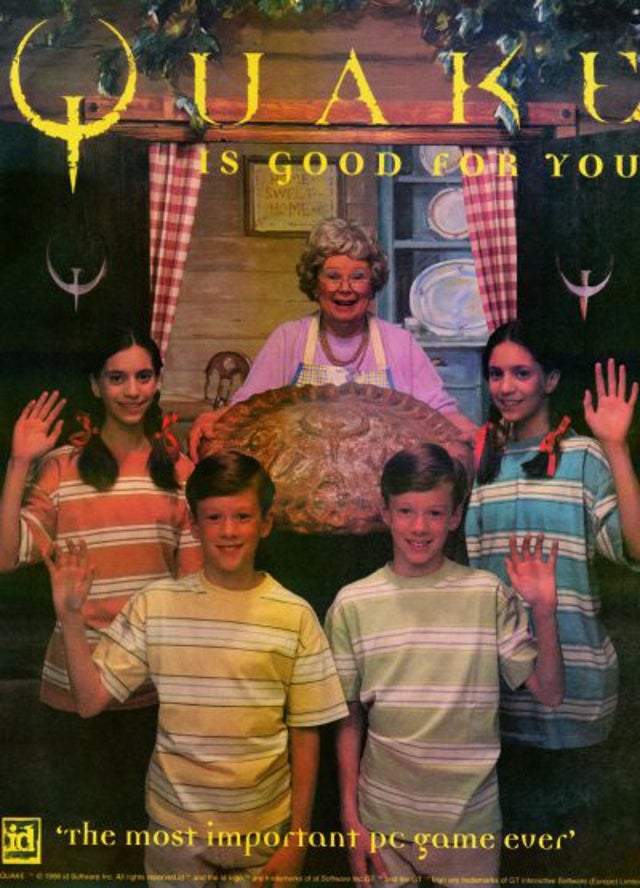 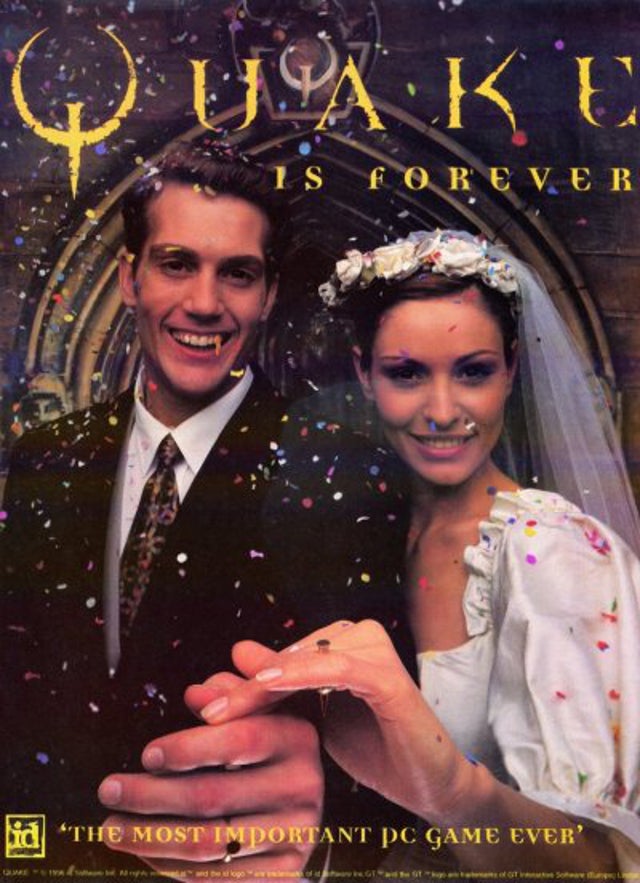