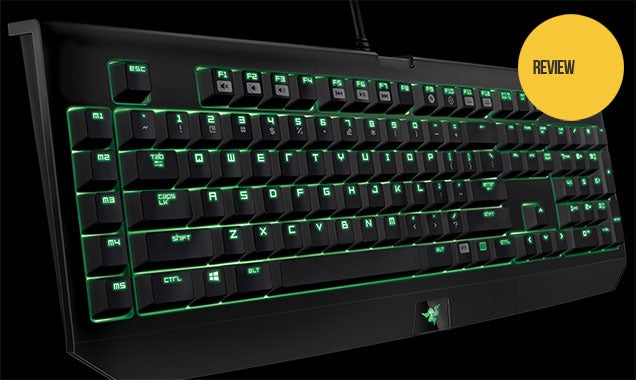 It's getting harder and harder to believe there was once a time I made fun of Razer products. They used to be the worst. The most prominent example of everything wrong with PC peripherals. Silly designs, ridiculous and garish colour schemes, ugh. So many bad memories.

The last few years though have seen the company really get its shit together. It's making stuff that's not just competent, but desirable. And while I've never reviewed anything like a gaming laptop, I did spend the last week with the 2014 edition of the Razer BlackWidow Ultimate Stealth mechanical keyboard.

It was great. Sort of.

The best way to describe it is that it's solid. A solid performer, but also solid to the touch. In keeping with Razer's recent design touches on stuff like the Blade, it's surprisingly nondescript; a simple black box with keys. No weird flourishes, no gimmicks, just all the keys you need in a stylish form-factor.

I like it. It looked good on my desk, it felt great to type and game with. The whole thing has a soft matte finish to it that, while picking up fingerprints and grease a little too easily, is also nice and comfortable. 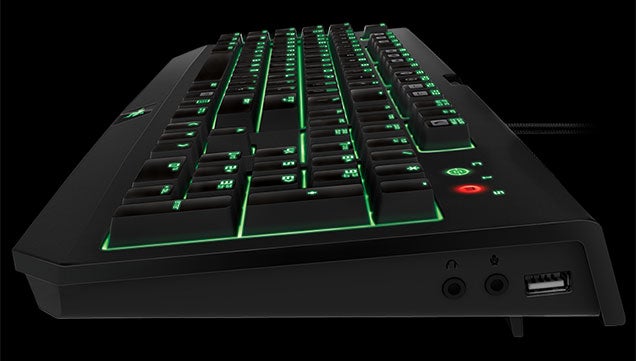 The only thing I didn't like was, again, the absence of dedicated volume controls. Having the FN key at one end of the keyboard and the volume controls underneath the F1-3 keys makes changing it a two-hand job.

I'm also dubious of the "stealth" marketing here. Razer has tried to dampen the "clicking" effect you get in some mechanical keyboards by swapping out the type of keys used, using their own design (ie, not the more universal colour system of blue, brown etc) that promises much of the same firmness of the standard BlackWidow Ultimate, only with less noise.

On a press release, it sounds great. In practice...there's still an audible click there. It's not as loud as on my regular mechanical keyboard (a Corsair K60), I'd make a guess at maybe half the volume, but there's still a clear and definite thud as key hits board, so if you were hoping the "stealth" name would mean truly silent mechanical keyboard gaming, nope, you're not getting that here.

With the Stealth going for the same price as the regular BlackWidow, then (and sharing the same matte finish), I'd say it's really only something to look for if you're sharing a room or living in close quarters with someone who might kill you if they hear one more god-damn click or clack from your keyboard. Your new keyboard may not be silent, but hey, they might...appreciate the effort?

Otherwise, if you were swayed by the clean design and solid build, the standard BlackWidow Ultimate would be the better choice.