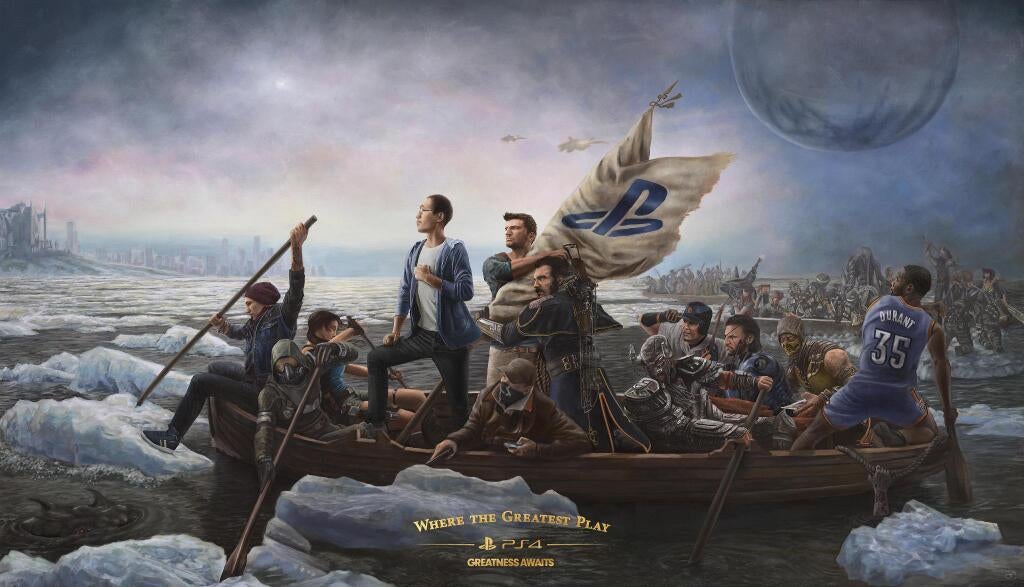 Sony has completed their big E3 mural. The the man standing in George Washington’s place is none other than Mr. Joey Chiu, better known as the first guy to buy a PlayStation 4. Congratulations, Mr. Chiu. Say hi to the Minecraft guy for us.