Suspended Kickstarter Says They're In An 'Information War' With Russia 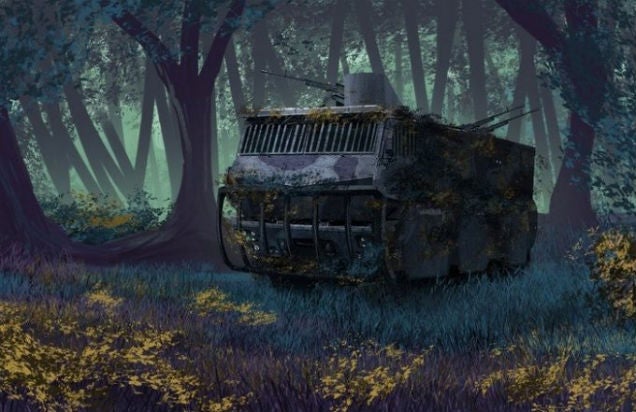 With barely two days left in its controversial Kickstarter campaign to bring "a definitive spiritual successor to the cult hit S.T.A.L.K.E.R." into the world, Areal developer West Games had the rug pulled out from underneath it yesterday when its project was suddenly suspended. But that hasn't stopped the Ukrainian developer from trying to bring its embattled shooter into existence.

Several hours after Kickstarter suspended the project with no additional comment, West Games reached out to me with another explanation for the tangled series of events leading up to Tuesday. This new email was simply to deliver a blanket statement that West Games CEO Eugene Kim also posted on the game's website and social media channels. But like all my previous correspondence with Kim, his response to Areal's suspension attempted to rationalize many of the game's suspicious elements by blaming competing Ukrainian developers for spreading misinformation, and by linking his studio to an ongoing "information war" being waged between Russia and Ukraine.

"The fact is that there are a lot of companies that make their livelihood on STALKER, so when we showed up on the scene, they saw us as a threat and did everything that they could to stop us," Kim wrote.

"People also need to take into account that Ukrainians and Russians are in an information war right now, and as a Ukrainian developer, we were subject to constant hostility from Russian Kickstarter accounts (we even got death threats)," he continued. "There are over 16,000 comments on our Kickstarter, which is unprecedented for the amount of supporters that we have, and a lot of our comments are hate filled."

Kim went on to say that West Games had set up its own donation page on its website, where interested gamers could continue to support the project.

As I wrote yesterday, part of what makes it difficult to pin down the truth about Areal here is that there is a degree of validity to both of these statements. Competing Ukrainian developers also claiming a strong STALKER heritage publicly criticised West Games and Areal on several occasions. Kim did show me images from Areal's Kickstarter showing that some particularly aggressive backers were listed as Russian. But Kim's examples didn't describe the entirety of Areal's vocal critics online by any measure. And, of course, many different aspects of the ongoing conflict between Russia and Ukraine continue to be front page news regardless of anything video game-related.

I haven't heard from Kim since he sent over a copy of his statement on the Kickstarter suspension. West Games has remained uncharacteristically silent since then. And while Areal remains a mystery to me, it doesn't sound like the team behind it is planning to give up on the game any time soon.

"We are the creators of STALKER," Kim wrote in the conclusion of his statement, "and we know that we can make Areal even better than that series, because of advances in technology, gameplay mechanics, and story."