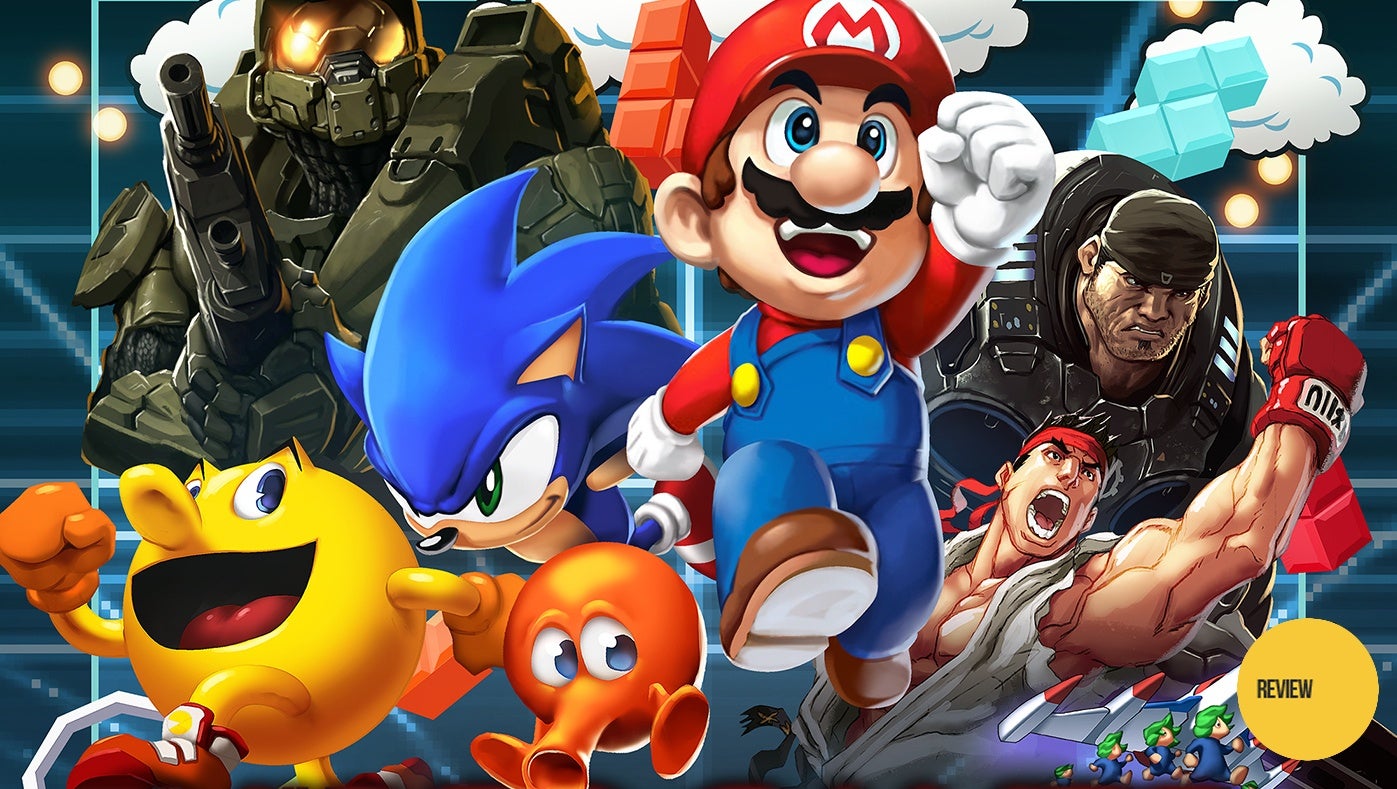 Most Kotaku readers probably won't need to watch Video Games: The Movie. They will already know — and likely love — the mythology being presented in the new Kickstarted documentary. The real question, then, is if the film has the ability to ignite that love in people who aren't video game enthusiasts. Sadly, it doesn't. It's a documentary made on easy mode.

Directed by Jeremy Snead, the 100-minute movie is essentially a long cinematic lecture that wants to be a love letter. With slick motion graphics, talking-head interviews and archival/b-roll footage, VGTM shows how the video games medium came to its current position of power and influence in the pop cultural landscape. But, while it treads water as an entry-level historical survey, it stumbles more significantly when it comes to communicating the actual allure of video games.

The opening sequence cycles through iconic arcade and home console games like Pac-Man, Defender, Super Mario Bros and Mega Man. That runthrough is pegged to a EKG which goes flatline as the on-screen imagery snaps back to a "time before video games." Just as you were getting ready for magic, you get pulled back to tedium. That herky-jerky pattern goes back and forth throughout the entire film.

For example, a present-day montage on the current fascination with video games and the 'coolness of being a gamer' centres on video-game segments on the Jimmy Fallon and Conan O'Brien talk shows only to clumsily transition to the Mortal Kombat controversy of the 1990s. From there, the movie touches on the video game violence scapegoating that's followed tragedies like the Newtown shooting. It's this kind of tonal fumbling that makes Video Games: The Movie feel like it's just a bunch of 'video games are awesome' talking points stapled together.

The interviews that show up in the movie mostly consist of game-makers, marketing functionaries and bold-faced celebrity fans cheerleading the medium/industry and waxing philosophical. Quotes from visionaries like Gandhi and Tesla bookend the movie's chapters, meant to lend gravity to its thesis. But they wind up making VGTM feel like a sixth-grade book report.

The case for video games springing from individual personal creative drive and artistic inspiration is presented very early on, but simply isn't supported very well. Six, seven minutes in, you have to sit through stat-dump motion graphics that speak to the ubiquity of game-playing in homes and in pockets, along with the gender parity and adult age ranges of players. Similar defenses follow about how the ESRB ratings work and the fact that parents purchasing game hardware feel that the ratings are useful.

Starting things off that way makes VGTM feel deeply insecure about its subject matter. It feels like a book report, culled from Cliffs Notes. Its historical overview is driven by technological advancement in the film's first third — 'games got better because the chips got better!' — then lurches awkwardly into testimonials about why games are art. Insight into what game-makers might have been feeling when crafting their creations and what their intentions might have been is practically non-existent in this movie. Yes, we hear about some of what people like Brian Fargo or Cliff Bleszinski did but not enough about what drove them to do it. 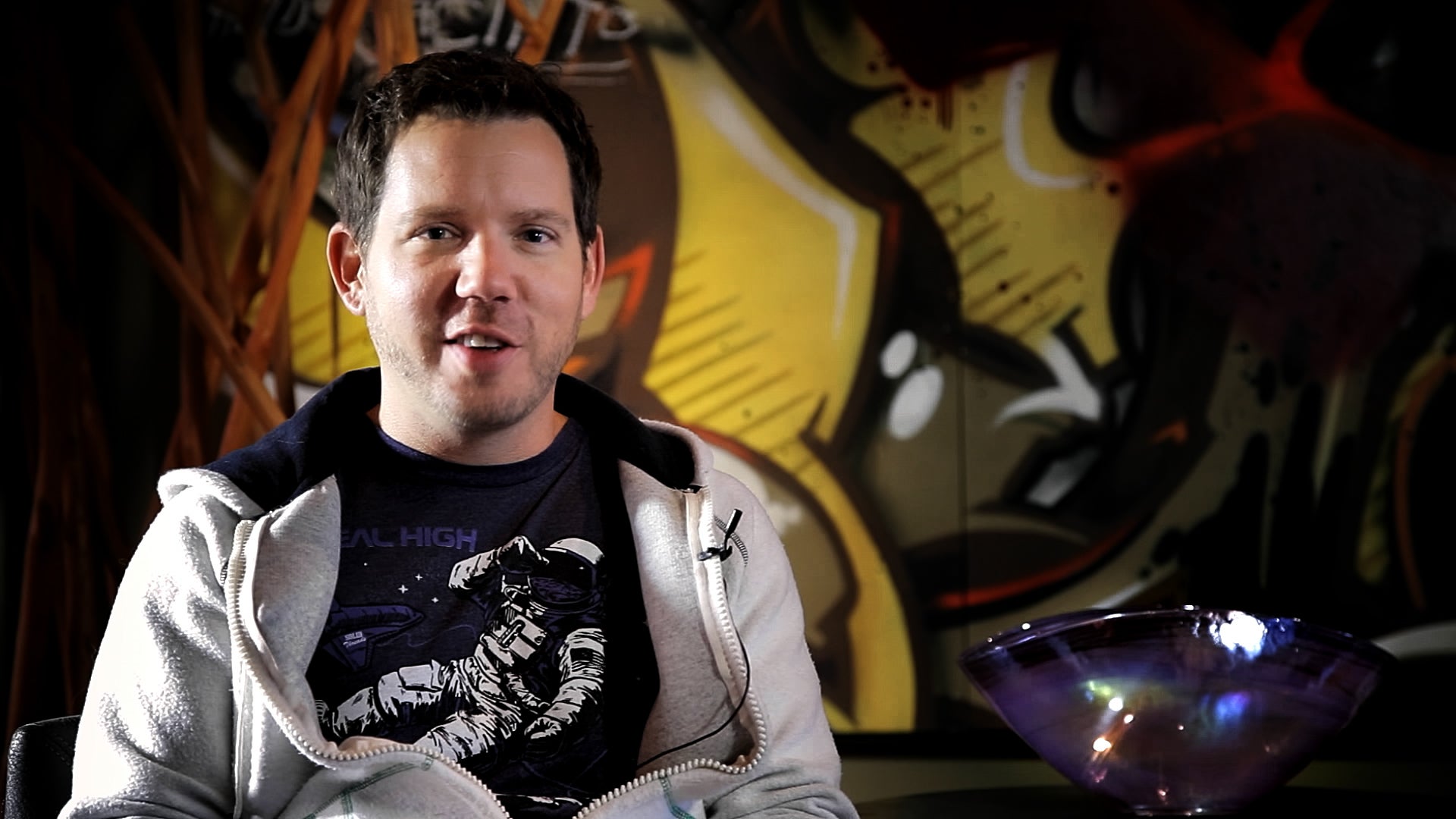 Moments where video games have meaningful personal impact on those that play them are few and far in-between, too. The most notable exception is when Gearbox's Mikey Neumann talks about how games and the friendships created through them helped him recover from a stroke he suffered years ago. The prevailing emotional dryness (other than that moment) is too bad because VGTM came to life as a passion project made possible by crowdfunding. It should be teeming with feeling but too often feels glib and self-congratulatory.

Geek icons like Wil Wheaton, Alison Haislip, Max Landis or Chris Hardwick all talk about loving video games in pretty much the same way, without ever once touching on the problematic aspects of video game development. Topics like shallow, sexist characterizations, the prevalence of whitewashed, largely male protagonists and the too-strong influence of movie tropes never get touched on. Worse still, you get cringe-worthy juxtapositions like the one below.

Over-long, over-indulgent sequences filled with b-roll, trailers pad out a lot of the runtime, too, signaling All Is Well in Video Game Land. Way too many marketing representatives show up in interviews and, when it's a big get like Nintendo America president Reggie Fils-Aime, there's none of the charm that's made him an unintentionally funny mascot for the House of Mario. 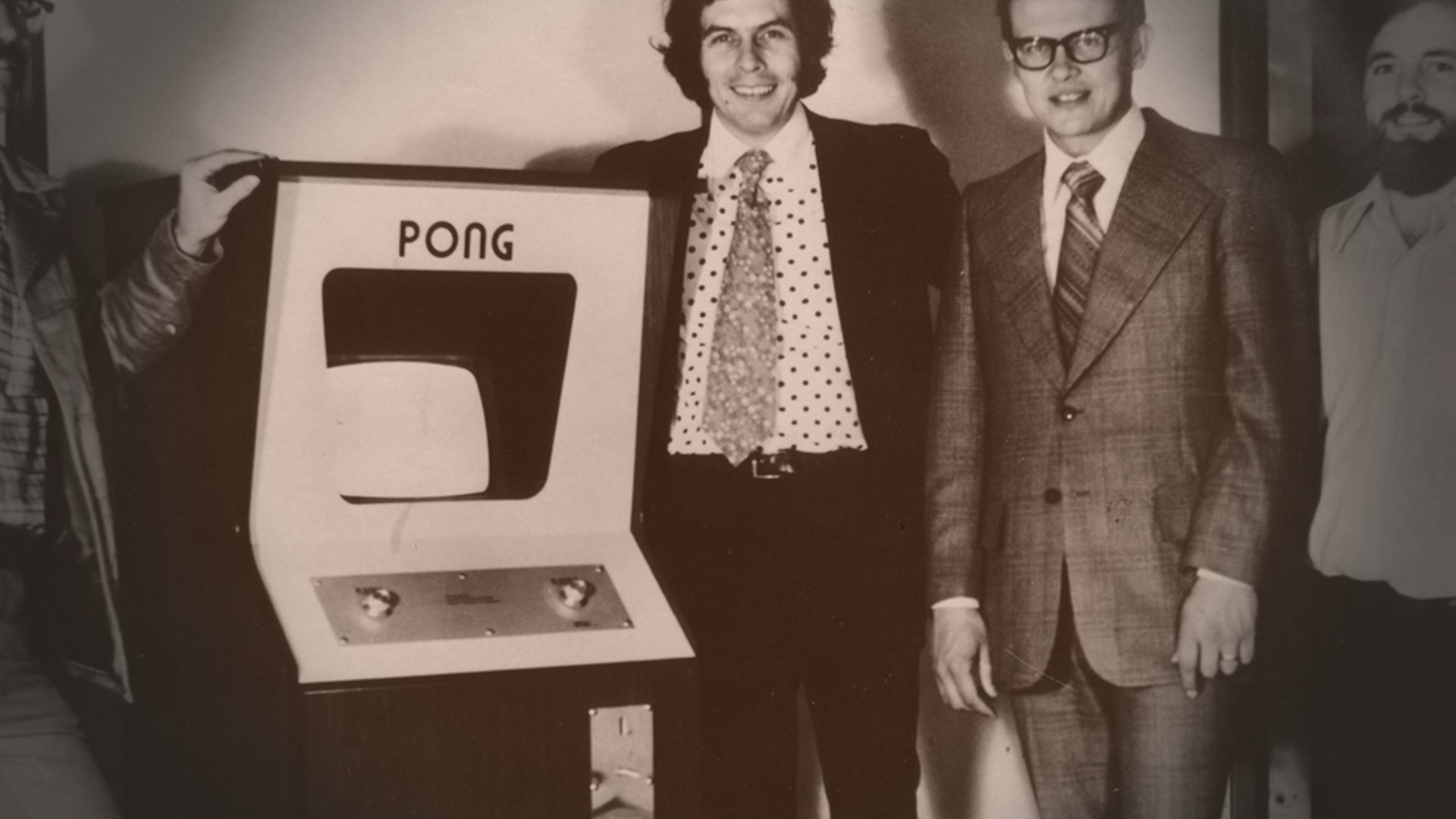 Aside from its lukewarm personal anecdotes, VGTM doesn't illuminate any histories that haven't already been in the spotlight dozens of times. Gaikai/PlayStation Now pioneer David Perry is an exec producer so, of course, there's a segment about the wonders of cloud gaming. Then it swings back to the big video game crash of the early 1980s, pinned to, you guessed it, the Atari E.T. debacle. Cue a montage of classic death scenes from Dig Dug, Defender, Pitfall and other games. Then comes Nintendo to save the home console business. Brief beats on the rise of gamer culture, increased narrative ambition, virtual reality and eSports all get trotted out as if these are things Snead feels like he needs to cover. Overall, it's stuff most game lovers already know and presented in a way that won't make those outside the tribe curious to know more. It's a low-intensity rendition of the National Anthem of Video Games — Oh, say can you see through Pong's early light? — made for people who don't need it.

"Video games are here and they're here to stay," Sean Astin narrates early on. But this documentary inspired by them feels like a missed opportunity. It hits the facile beats of any standard defence/justification/celebration of video games in an age where these arguably aren't needed anymore. Snead seems happy to have simply put a camera in front of whatever game-connected luminary he could find, as long as they talked the gospel of video game triumphalism. Anyone wanting to show non-gamers why they love the medium would be better served sitting them down with a stack of favourite titles, instead of watching this too-long, too-shallow documentary.