Yo, Fred Durst Is Streaming Call Of Duty On Twitch 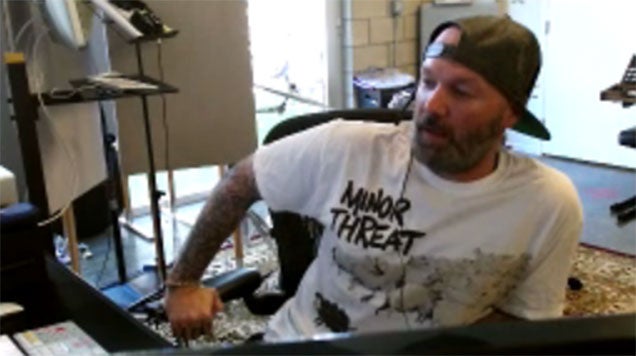 Streaming right now on Twitch is Fred Durst, who 15 years ago as the frontman for Limp Bizkit was one of the most famous people on the planet. Today, however, he is a man playing Call of Duty: Ghosts, struggling with HDMI outputs and generally sounding like my Dad.

My favourite part in the bits I watched was his discussion on Call of Duty clan tags. "Oh, I just put [CWA], Cracker With Attitude". While I get on with my day's work, though, Kirk continues to watch.

fred durst has 'a lot of characters' that he does, he is going to do a new one for twitch, it is a combination of characteristics, he says — Kirk Hamilton (@kirkhamilton) July 17, 2014

fred durst is advising a guy to tune his guitar to drop D, fred durst isn't sure if muting his chat mic will also mute him in the stream

fred durst thinks there should be a theme park based on call of duty and/or gears of war, he thinks it would be sick