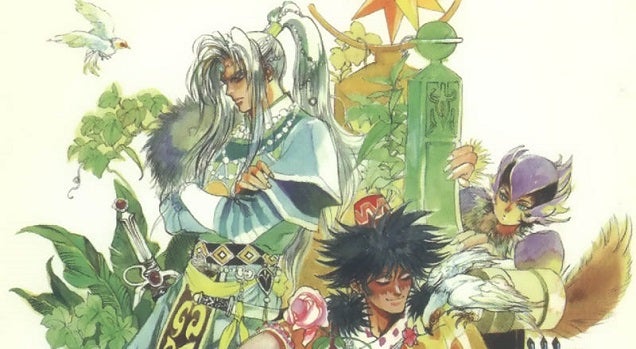 I have a confession to make: I didn't play SaGa Frontier this week. I know, I know. I'm terrible. But over the past couple of weeks I've been playing through Final Fantasy VI in hopes of reviewing it on Kotaku — because we only cover the newest and hottest games — and then I got a review copy of Danganronpa 2, and now everything's just all over the place.

Still, this is the week to discuss SaGa Frontier, so that's what we will do. Originally released way back in 1997 for PlayStation 1, SaGa Frontier is a strange, quirky, totally unfinished game that does some things well and some other things poorly. I've played it a few times over the decades, finishing most of the seven main quests, though I've never actually beaten the game, mostly because it's so repetitive.

Some conversation topics for you fine folks: