According to Pokémon news website Serebii, earlier today the official Korean Pokémon website uploaded pictures of two surprising mega Pokémon: Mega Slowbro, and Mega Audino (pictured above). While the images are no longer on the Korean website, the internet was quick to save the pictures — and have taken to social media to poke fun at mega Slowbrow.

First, some specifics about this ‘mon.

“Energy was focused in the Shellder biting Slowbro’s tail, and the result was that the hardness of the shell increased and it became an immensely hard suit of armour that can be damaged by no one,” Serebii says. Accordingly, mega Slowbro has high defence and special defence. “When the battle begins Mega Slowbro uses its tail to stand up straight and it propels itself like a spring.”

OK, now that we have that out of the way, let’s talk about this Pokemon’s design. This is normal Slowbro: 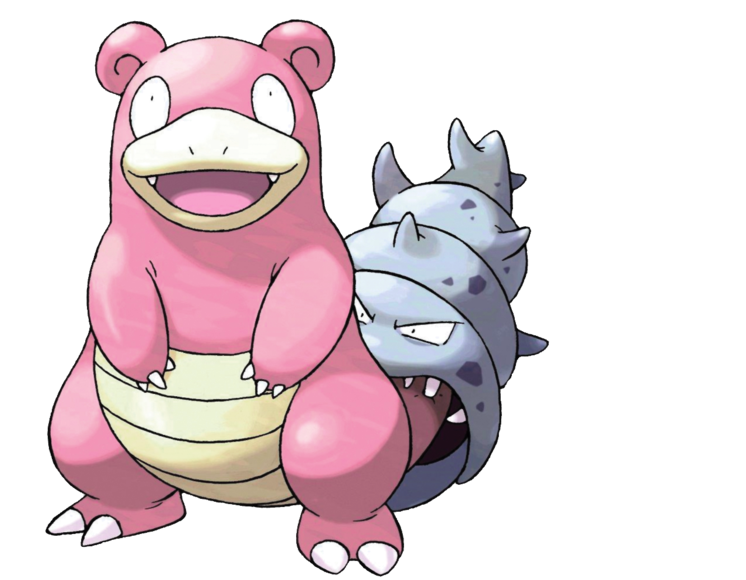 Look how happy it is. I mean, sure, there’s a Shellder attached to its tail, but still, it’s all good! 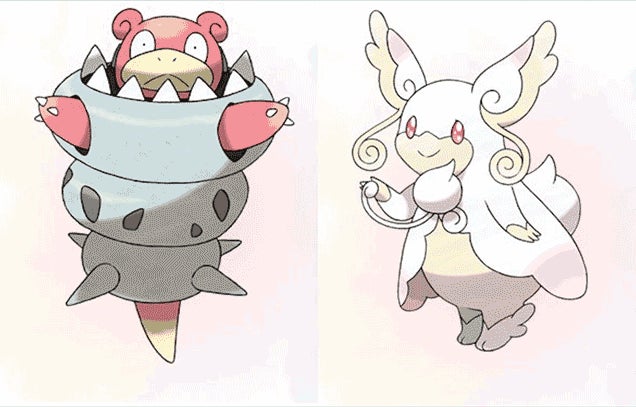 That’s the face of regret. The face of panic. The face of sadness. Slowbro doesn’t know what’s happening or why it’s happening to him. The Shellder is straight up overtaking its body, ack! It’s incredible and kind of WTF. I think the internet feels similarly about it:

Can't wait to use Mega Slowbro at the 2015 Beyblade World Championships! pic.twitter.com/q1WMZnGACm

Mega Slowbro is an ice-cream pic.twitter.com/9LCCcIDJ2d

I think it is hilarious that Mega Slowbro's tail has decided "screw this symbiotic relationship. I'm taking over."

I still can't believe mega slowbro is a thing

mega slowbro… what the fuck man

I was waiting for the "joke" Mega and I think Mega Slowbro has filled the role. I love it.

making slowbro into a burrito is the kind of innovation i want from a pokemon game.

Mega Slowbro's the stupidest thing I've ever seen I want one